Norway has committed to supporting Vietnam to develop green growth, reduce greenhouse gas emissions and deal with the challenges of climate change. 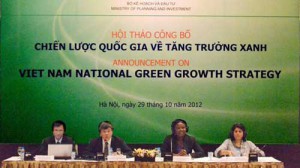 The commitment was declared during talks between the Norwegian Parliament’s Standing Committee on Foreign Affairs and Defence and the Vietnamese National Assembly’s Defence and Security Committee in Hanoi on September 15.

The Vietnamese side wished to continue working together with Norway in bomb and mine clearance, education and training, maritime, energy and the shipbuilding industry.

Both sides stressed the need for the two countries to be more active in sharing their experience in legislative matters to reinforce bilateral ties.

Ngan spoke highly of the delegation’s visit, describing it as a contribution to further consolidating and developing the solid friendship and cooperation between the two legislative bodies and the two countries in general.

She thanked Norway for supporting Vietnam during the process of nation-building, economic development and international integration.