Norway is finally caving in to its critics, as the Norwegian Government Pension Fund Global (GPFG) is facing a likely ban on its coal investments by the country’s parliament. Among these investments Semirara Mining from the Philippines is likely to be shedded.

The world’s largest pension fund has up now faced heavy criticism for Norway’s double standards in being an advocacy for environmental concern while at the same time being an investor in polluting, unsustainable businesses.

The recommendation asks the government to exclude companies deriving more than 30% of their revenues or their power production from coal. It will be formally adopted by the Parliament on June 5.

“Coal is bad for all aspects of our environment: it destroys landscapes, contaminates water resources, pollutes the air and is the number one threat for our climate. Such investments are not in line with the values of Norwegian society, and the unanimous vote of the Finance Committee means that this is now recognized across all party lines,” says Arild Hermstad from the Norwegian NGO ‘The Future in our Hands’.

“Through this decision, Norway is really taking a lead,” says Heffa Schücking from the German NGO urgewald. According to Schücking, the Norwegian exclusion criteria go further than what French Insurer Axa announced last week and set a new standard for investors worldwide.

The Parliament is instructing the Norwegian Government to begin implementing the new criteria from January 2016 onwards. “We expect that billions of euros will be withdrawn from the coal industry, when this happens,” says Truls Gulowsen from Greenpeace. “This is a huge win for the divestment movement and a real sign of hope that investment patterns can be changed, “ he adds.

As recent as in April these NGOs had analysed the new holdings list of the Norwegian fund – the world’s largest sovereign wealth fund – and found GPFG to still be a major coal investor. The NGOs had slammed an expert group’s report on Coal and Oil Investments of the Norwegian Government Pension Fund.

The GPFG had decided to divest from dozens of coal companies but it turned out mainly to be, the NGOs had found, a reshuffle, picking up coal shares in China and elsewhere in India instead. GPFG has $40bn invested in fossil fuel companies

The GPFG, worth $850bn (£556bn) and founded on the nation’s oil and gas wealth, had revealed that a total of 114 companies had been dumped on environmental and climate grounds in its first report on responsible investing.

“Our risk-based approach means that we exit sectors and areas where we see elevated levels of risk to our investments in the long term,” spokeswoman Marthe Skaar had said. “Companies with particularly high greenhouse gas emissions may be exposed to risk from regulatory or other changes leading to a fall in demand.”

She had stated that the fund had divested from 22 companies because of their high carbon emissions: 14 coal miners, five tar sand producers, two cement companies and one coal-based electricity generator. In addition, 16 coal miners linked to deforestation in Indonesia and India were dumped, as were two US coal companies involved in mountain-top removal. The GPFG did not reveal the names of the companies or the value of the divestments.

Within the production of palm oil in Malaysia and Indonesia, a major contributor to tropical deforestation, GPFG In 2012 and 2013 divested from 27 companies that were considered to produce palm oil unsustainably. The fund based this partly on whether these companies had signed up to the Roundtable on Sustainable Palm Oil (RSPO) certification scheme and on analyses of their operations.

“We were curious to see which coal companies were dropped and how this affects the Pension Fund’s overall participation in the coal sector. Our first analysis shows that the GPFG divested from 53 coal companies, which is 1/3 of the total number of coal companies we found in the portfolio last year. While this is a laudable first step, the overall result is very disappointing as the GPFG’s total investments in the coal industry show only a marginal decrease,” Heffa Schuecking, director of the German NGO urgewald, had said.

According to Schuecking, the GPFG’s coal holdings currently still amount to NOK 79 billion (€ 9.16 billion), which is only 4.6% less than the NOK 82.7 billion (€ 9.59 billion), identified by urgewald in the GPFG’s 2013 portfolio. While the divestment achieved by dropping 53 coal companies amounts to NOK 7.7 billion, half of this sum was used to either top up existing coal holdings or invested in new coal companies.

“This is well illustrated by the development of the GPFG’s coal portfolio in China and India,” Truls Gulowsen of Greenpeace Norway had commented. “We are happy to see that the GPFG divested a total of NOK 729 million by dropping 13 Indian coal companies, but at the same time, it has increased its investments in the Chinese coal sector by NOK 741 million.

Arild Hermstad from the Future in Our Hands, Norway’s largest environmental organization, had added: “Simply shifting destructive investments from one place to another cannot be the solution.

The year before, in 2014, these very same NGOs also slammed an ‘Expert Group’s Report on Coal and Oil Investments of the Norwegian Government Pension Fund’

“Given the mandate and the composition of the Expert Group, our expectations were low to begin with,” Arild Hermstad of the Future in our Hands then said, “but the Expert Group’s report has managed to underwhelm even these very low expectations. The report does not address or even acknowledge the fact that the Pension Fund’s investments have real and tangible impacts on our climate. And it refutes the idea that large investors have the responsibility to realign their investments with the goal of limiting global warming to 2°C. This is in stark contrast to the latest calls by IPCC, the World Bank and the International Energy Agency.” 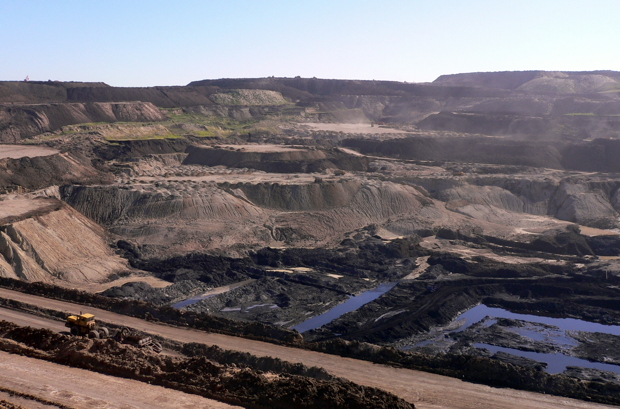 “It is shameful that Norway’s largest private pension funds are far more willing to take responsible action on climate change than Norway’s sovereign wealth fund,” said Truls Gulowsen of Greenpeace Norway. “The recommendations of the Expert Group are simply business as usual. Instead of a meaningful divestment from the most carbon-intensive parts of the fossil fuel industry, the report tells us active ownership is the answer.

“It is hard to take the Expert Group’s report serious,” commented Heffa Schücking, director of Urgewald. She criticized that the Expert Group lumped together the very different issues confronting the transportation and energy sectors, and completely fails to differentiate between coal and oil.

“Instead of exploring different options for divestment from the most carbon-intensive parts of the industry, the Expert Group simply claims it would be too difficult to conceptualize consistent criteria – something we have just done in our own study. The way we see it, the Expert Group absolutely failed to do its homework,” she added.

What worried the NGOs most, however, was that the Expert Group, the Norwegian Finance Ministry and Norges Bank all failed to recognize that the Pension Fund’s investments were helping to fuel an on-going boom of the coal industry and to lock-in energy and mining infrastructure that may undermine all chances of maintaining climate stability. The GPFG is, however, the Mr. Hyde to the Dr. Jekyll of Norway’s progressive climate policies, the report stated.

“While the Norwegian Government is making extensive efforts to assure that the 2015 Paris Climate Summit results in effective international action its sovereign wealth fund is a major investor in the coal industry. Using proceeds that originate from oil revenues to invest in an even more carbon intensive fossil fuel is a sure recipe for accelerating climate change.”

‘Dirty & Dangerous’ revealed that the “GPFG’s coal portfolio is much larger and much uglier than previously acknowledged.”