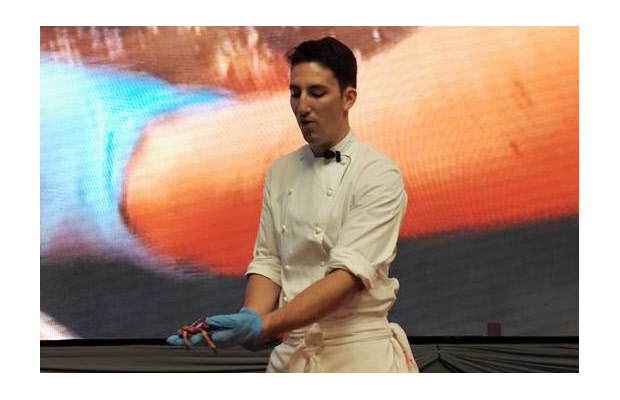 The training featured the talented chefs Jimmy Chok from Singapore and Markus P Dybwad from Norway. HE Hans Ola Urstad, Ambassador of Norway, and Chief Minister of Penang YAB Tuan Lim Guan Eng officiated the event and spoke warmly about the seafood collaboration between Malaysia and Thailand. The Ambassador of Norway to Malaysia HE Hans Ola Urstad emphasized the importance of Norwegian seafood for the Norwegian economy.

“For Norway, seafood and in particular salmon, is an extremely important export commodity. The total value of this export per year has now reached nearly 35 billion Ringgit. In other words, this is a very significant industry in my country, providing a livelihood for many thousand people.” He could further inform that Malaysian import of Norwegian seafood is increasing. Last year the imports reached 1,900 tonnes and are expected to increase by 5-10% this year. The fresh Norwegian salmon is air-flown to Malaysia in as little as 48 hours after it left Norway’s cold clear waters and it is easily available in leading sushi restaurants, hotels, restaurants and supermarkets in Malaysia.