On Wednesday 7 September 2016, the Swedish Film Festival in Bangkok was kicked off with an opening ceremony. The celebration was held at SF World Cinema in Central World from 6 to 8pm, before the Swedish movie, Viskan Miracles, was shown on the big screen.

The festival was opened with welcoming cocktails and a variety of both Swedish and Thai inspired finger foods. After everyone had arrived, H.E. Mr. Staffan Herrström, the Ambassador to Sweden in Thailand, gave his opening remarks. He believes that a festival like this can lead to economic and cultural relationships between the two countries.

“This is a great way of strengthening the bonds between Thailand and Sweden,” Mr. Herrström said during his speech. A lot of different people were invited to join the opening of the film festival, and both the new Danish and the new Finnish ambassador to Thailand showed up. Also the director of Viskan Miracles, John Olsson, and Hanna Asp, one of the actresses from The Circle, which is also shown during the festival, made their appearance at the opening ceremony.

Hanna Asp only flew in for the opening of the Swedish Film Festival, so she only had three days in Bangkok. Her three days has been spent relaxing and enjoying the Thai capital and its culture by getting Thai massage and eating Pad Thai.

“I love Thailand, Thai people are so friendly, and I love Thai food,” she said and explained that she has visited Thailand several times and that it is just a matter of time before she will be filming in Thailand.

2016 is the fifth consecutive year of the Swedish Film Festival in Bangkok. The festival ranges over a lot of different movie genres, all the way from drama to fantasy and thriller. Staffan Herrström said that there is something for everyone so that all kinds of movie lovers can choose what they want to watch. 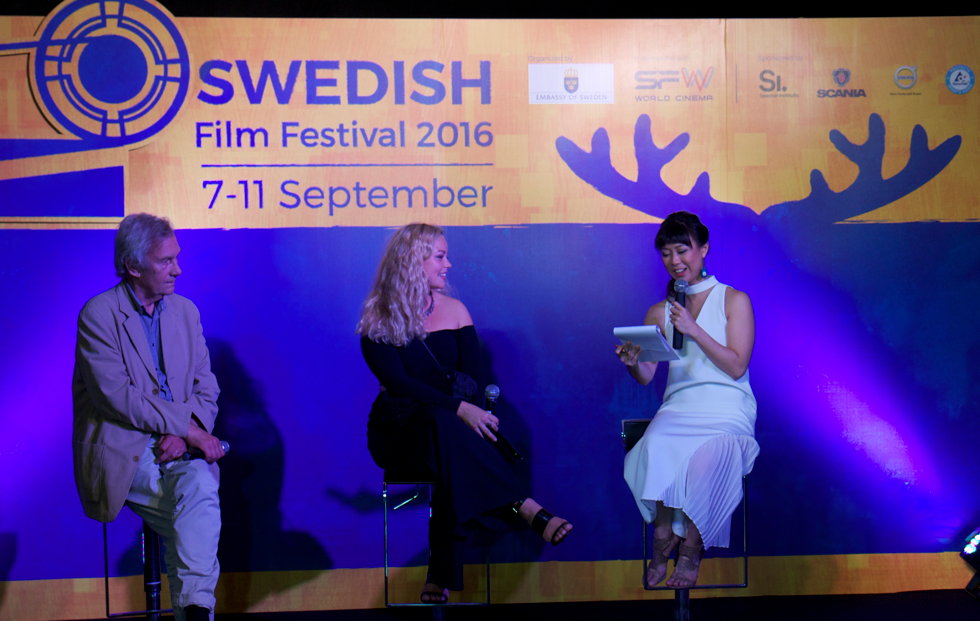 “There is a broad variety of choices, and this also gives Thai movie lovers the opportunity to see Swedish movies,” said the Ambassador.

The Swedish Film Festival continues until 11 September 2016, and movies like ‘We Are the Best’, ‘Underdog’ and the documentary about the Swedish author Astrid Lindgren, ‘Astrid’, are shown during the festival. All in all, seven movies are displayed on the screen.

The seven movies are: