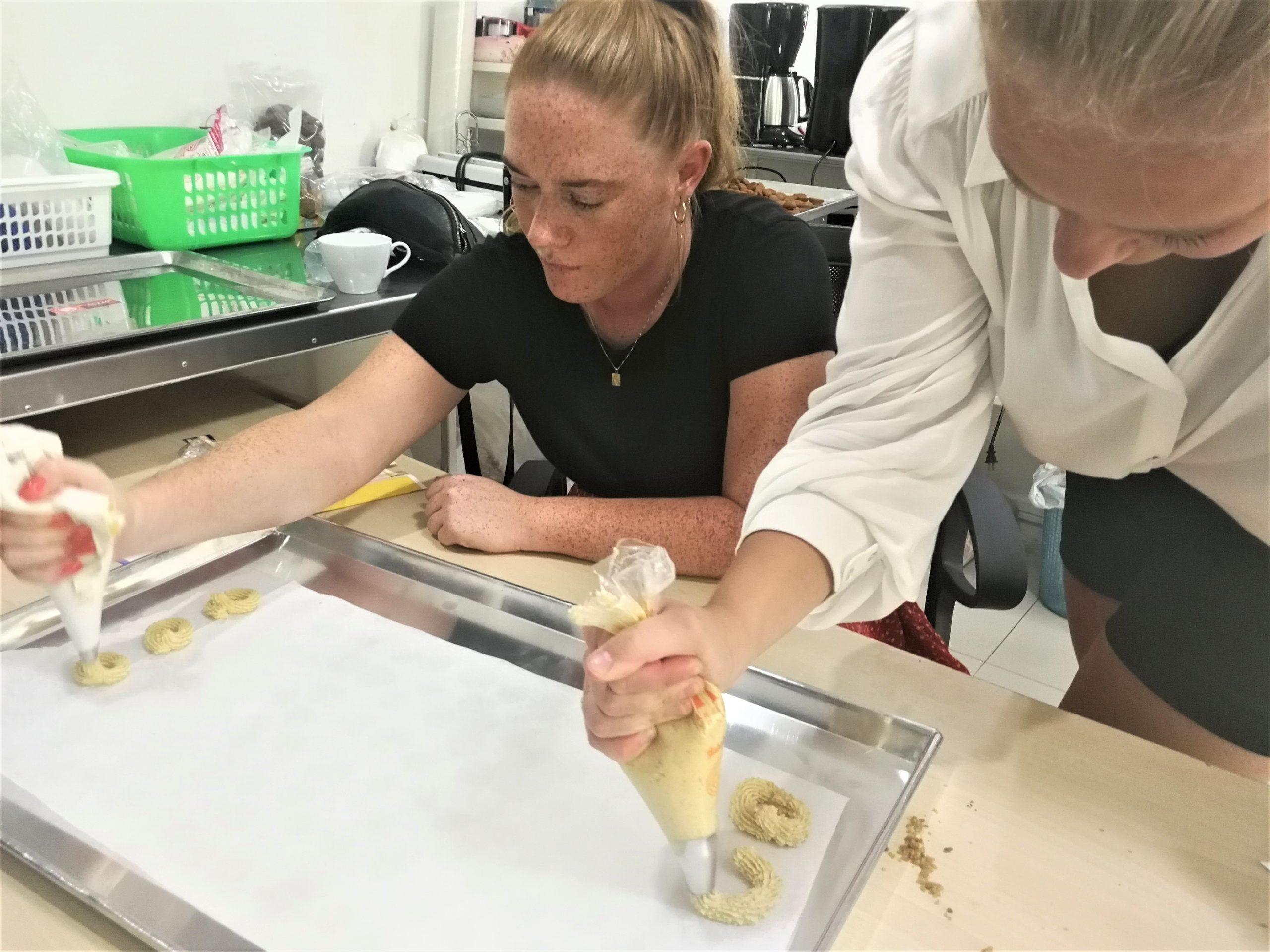 Knowing how much the Danes like to complain about the weather, many of them are probably envious of their fellow countrymen living in the Southeast Asian heat in Thailand. However, come Christmas and it can be a little challenging to get in the right mood when wearing flip-flops and sunglasses in 30+ degrees Celcius.

John Conrad Jensen therefore decided to do his part in bringing out the Danish Christmas spirit in Bangkok. Throughout December he has invited people to come bake with him and his employees.

Every Saturday and Sunday for the entire month, Conrad’s Deli has had a full house of merry bakers.

Sunday 22 December was the last day of baking, and John welcomed the guests with a mouth-watering brunch of eggs, bacon, fruit, warm bread, pastry, juice and coffee with cream.

He and his staff had already prepared the dough for the day, so the guests only had to shape the cookies, before they could go in the oven.

Like you’d imagine Santa’s elves working concentrated side by side, the guests did their best at producing something worth presenting on Christmas Eve.

As large trays of cookies came out of the oven one by one, the small kitchen was filled with the smells of spices, sugar and vanilla from the warm cookies.

Singing and dancing to the tunes of All I Want for Christmas and Rockin’ Around the Christmas Tree, people were overloading on sugar, having to test the treats.

John enjoyed the full kitchen from the sideline. Though he appreciated the cheerful atmosphere he wasn’t convinced that he could sell the cookies in the shop.

Luckily, he wouldn’t have to, as the bakers could take home whatever they made on the day, for their participation fee of 500 Baht (15 Euros).

John doesn’t see much of that money as his employees get to keep it.

To him it’s not about making a profit. It’s about making people happy by giving them a taste of Denmark as well as making the deli visible to potential customers.

In fact, the Christmas baking has proved so successful that John will repeat the concept in 2020 making lagkage (layered cakes traditionally served for birthdays) in January and frikadelle (meatball) workshops in February.

The Dane learned to cook from his mother. He enjoys it so much that he chose to open his small, Danish food haven in Bangkok nine months ago. Now, John has seven employees.

He makes everything from hindbærsnitter (raspberry cakes) and rye bread to pickled herring and the traditional Danish Christmas meal.

After making marzipan and nougat confectionary, the guests were treated to one of the deli’s specialties: hotdogs with the lot; mustard, ketchup, remoulade, raw onion, fried onion and pickled cucumber as the cherry on top. If you weren’t full already from snacking on dough and cookies, lunch was sure to do the job. 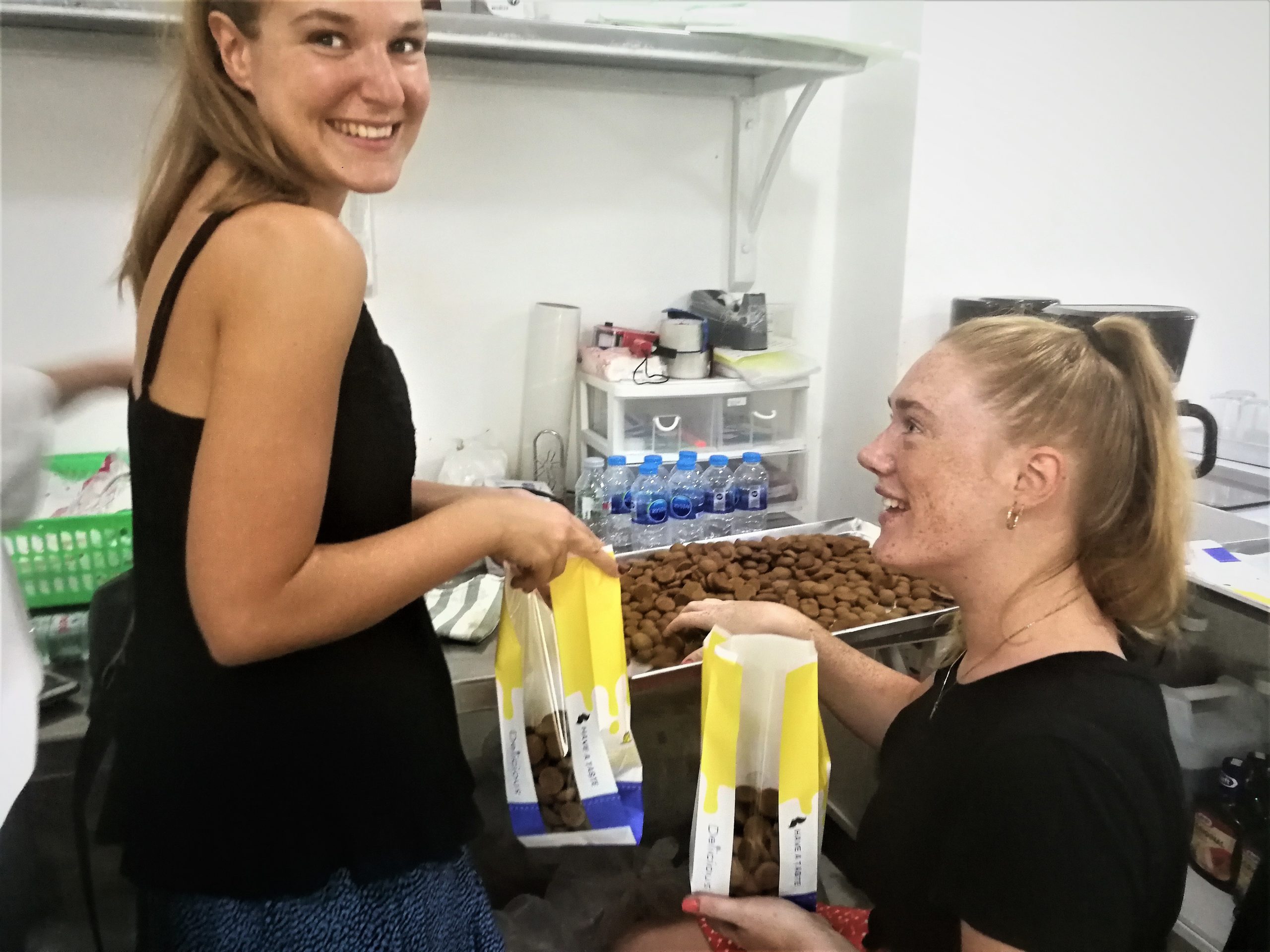 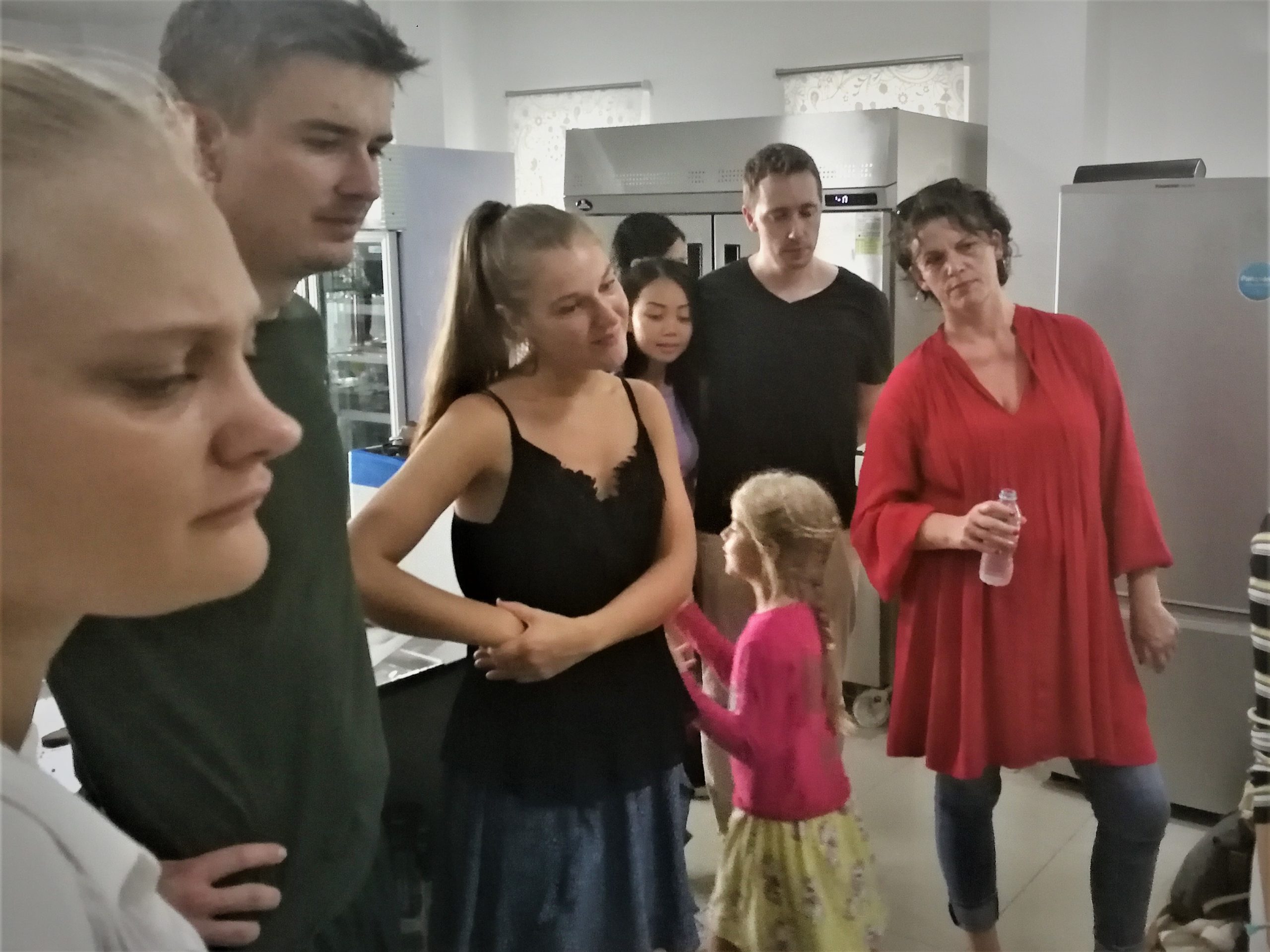