Pork roast, fillet of plaice, roasted duck, risalamande and much more. All of the classic Danish Christmas foods were served at the garden of the Danish Embassy, Bangkok when the Danish-Thai Chamber of Commerce, DTCC, invited to their New Year Luncheon on 27 January 2017. After being postponed due to considerations after the passing of His Majesty, Bhumibol Adulyadej, the annual Christmas Luncheon was instead turned into a New Year Luncheon, and around 130 people joined the Danish Embassy and DTCC to a nice table of food, live music and of course plenty of beer and cold snaps.

Although there were no New Year’s Antics, Michael Andersen, Secretary General of DTCC, said the luncheon was a success. “It was a nice and quiet party. I think everybody had a good time,” he said, adding that by the end of the luncheon there were however no more beer left.

The luncheon started with a welcome from the Danish Ambassador and the President of the Chamber of Commerce. The guests could later enjoy different shows from sponsors. Among the sponsors were professional recruitment consultancy Michael Page, who the DTCC gratefully accepted as main sponsor for the luncheon. Other sponsors, such as the Danish companies Pandora, ECCO and Royal Copenhagen, also sponsored gifts for the Lucky Draw, allowing some lucky guests to bring home a little more than just the memory of a great luncheon. 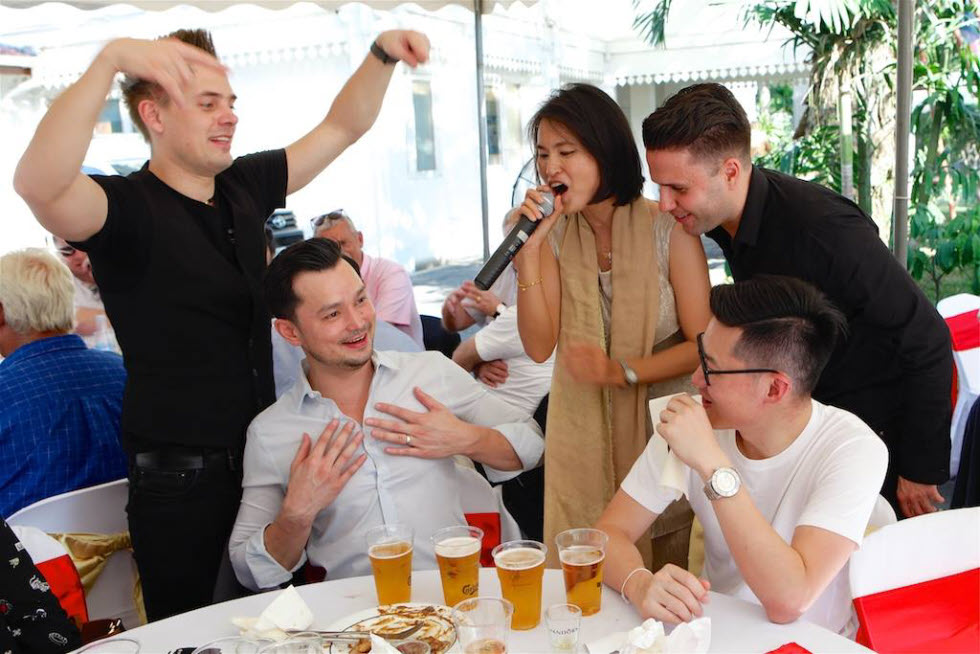