A dream has come true for 35 years old Savija Pannark Korslund, who is the owner of Dexter Cafe & Bar located in Bangkok. In few months the place has become a great success. But creating the work environment, she prefers, is a quite tough process, she thinks. Quietly placed down Soi Sathorn 8, Dexter Café & Bar gives its visitors a break from the big and chaotic city.

The sense of minimalism, simple food and quietness attract both foreigners and locals. Dexter already has 7,730 likes on Facebook and is ranked #18 on Tripadvisor – or at least it was.

“That was yesterday. We just moved from #18 to #12 now,” Savija Pannark Korslund says very humbly and welcomes me with a big smile.

She is sitting with her computer, in the middle of making a marketing plan for Dexter. “I am surprised that Dexter has become so popular in short time. But I think that people love the place, because it is very different. The food is simple and we make big portions – so big that some people even think, it is too much,” Savija laughs.

Savija did not arrange a big opening shower with free food and drinks for everyone, when Dexter was about to be born.

She did give Dexter the best possibility to grow. Even before the opening, Savija established the Facebook group: www.facebook.com/dextersathorn8.

Some followers in the group were more active than others. She decided to invite 30 of the most active followers to a welcoming dinner – both foreigners and locals.

“If you invite everyone to a free dinner and drink, like many cafés or restaurants do, a lot of people probably will show up, but not because they are interested in the place – more because of the free food. And most likely they will not even come back to visit,” she says.

After the dinner, she asked the 30 people to write their opinion about the place and the food in the Facebook group. Ever since the opening in September both foreigners and locals have been flowing to Dexter.

Especially more foreigners seem to visit Dexter, since it has been rated one of the best cafés in Bangkok on TripAdvisor. And that has actually been a challenge for Savija in order to find the perfect staff.

Staff leaving
Although Savija has roots from both Denmark and Thailand, her way of leading Dexter is very Scandinavian.

She believes in freedom under responsibility, and this style of leadership is both very new but also appreciated among many of her staff members.

“They feel the work environment is very relaxed compared with other places they have worked. Here we talk with our staff, and we do not yell at them, if a problem appears. They have a great freedom to work in the way they want to,” Savija says. 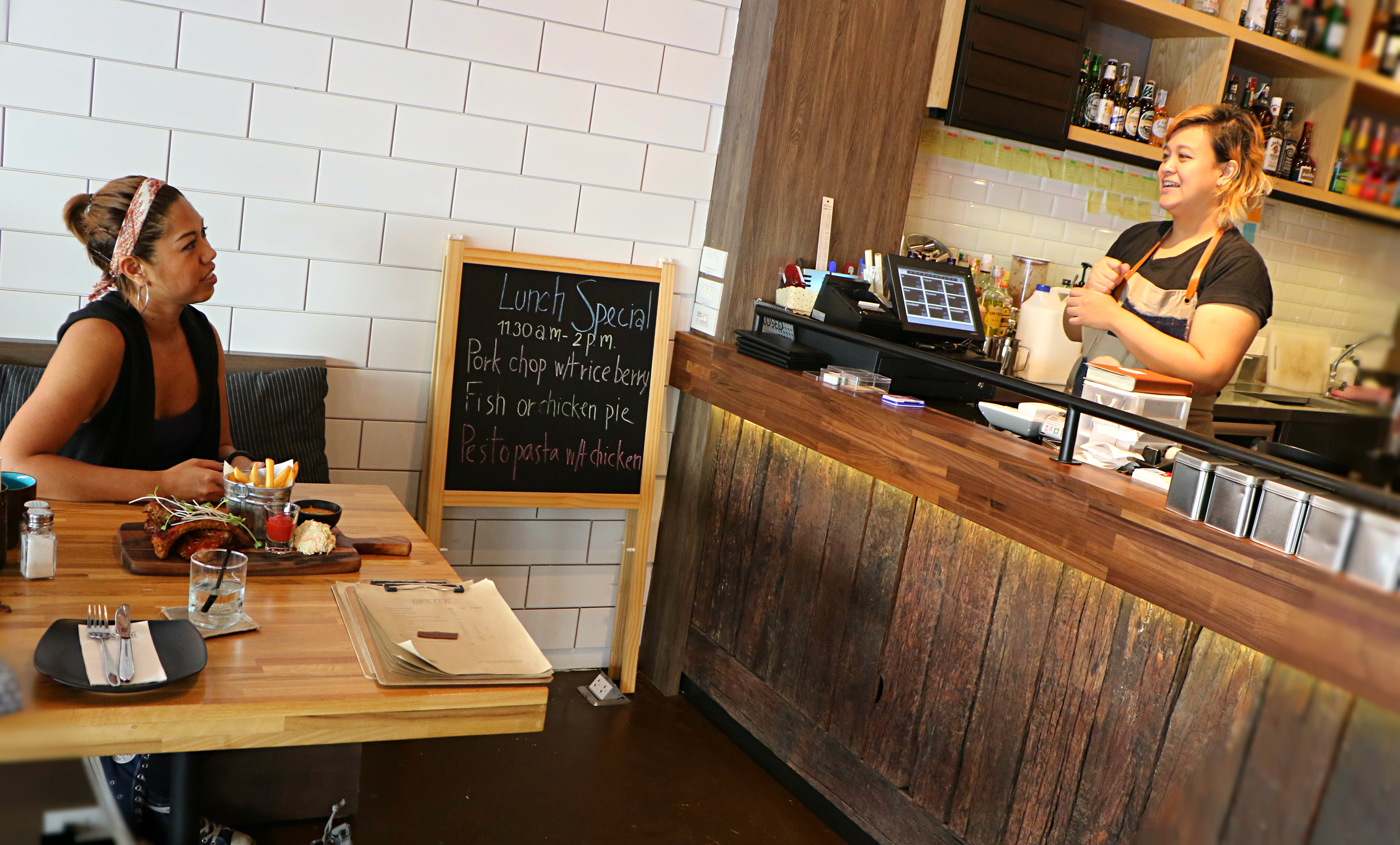 But the Scandinavian style of leadership has also been a challenge. Since the opening in September, five people from the staff left – four of them were chefs. One just decided not to show up. It made Savija sweat a little bit.

“One moment I thought to myself: ‘Let’s close the place until we are settled again’, but then again it would not be fair to our visitors,” she says.

At the moment, she is looking for new staff members and meanwhile she is helping in the kitchen.

Chef as a child
When Savija was a child she used to play chef with her sister, who is now a chef in Denmark. Savija’s dream was always to open a place of her own.

One of her concerns with building up Dexter is how to establish the perfect staff that understands the work environment, she prefers. One of her other concerns is how to keep customers coming.

“Every month we change some of our dishes to give the regular costumers something new. It is important for me to reach new customers as well, but it is very essential for me to stimulate the regulars,” she says.

The day after our meeting, Dexter jumps from #12 to #6 on Tripadvisor.