Royal Thai Embassy in Copenhagen hosted an event at the Residence of the Thai Ambassador, H.E. Mrs. Vimol Kidchob on 7.March 2016 where the Royal Thai Navy uniform of Andreas du Plessis de Richelieu was given to back to Thailand. Admiral Richelieu served prominently King Chulalongkorn of Thailand in a number of positions, among others as Chief of the Royal Thai Navy.

In 1875, Richelieu, then a young Danish naval officer, came to Siam with the letter of introduction by King Christian IX of Denmark. Richelieu served as the captain of the Royal Yacht for many years and sailed extensively with King Chulalongkorn, especially during seasons of inspection.

He went on to become the first and only foreign-born commander-in-chief of the Royal Thai Navy, from 1900 to 1901. For his contributions, King Rama V awarded him the noble title of Phraya Chonlayutthayothin.

When Richelieu moved back to Denmark in 1902, King Chulalongkorn and members of the Royal Family saw him off to Singapore on board the Royal Yacht “Maha Chakri” as a sign of friendship.

Royal Thai Embassy received the in total five navy uniforms from Richelieu’s grandson Andreas Hastrup at the reception on 7.March 2016. 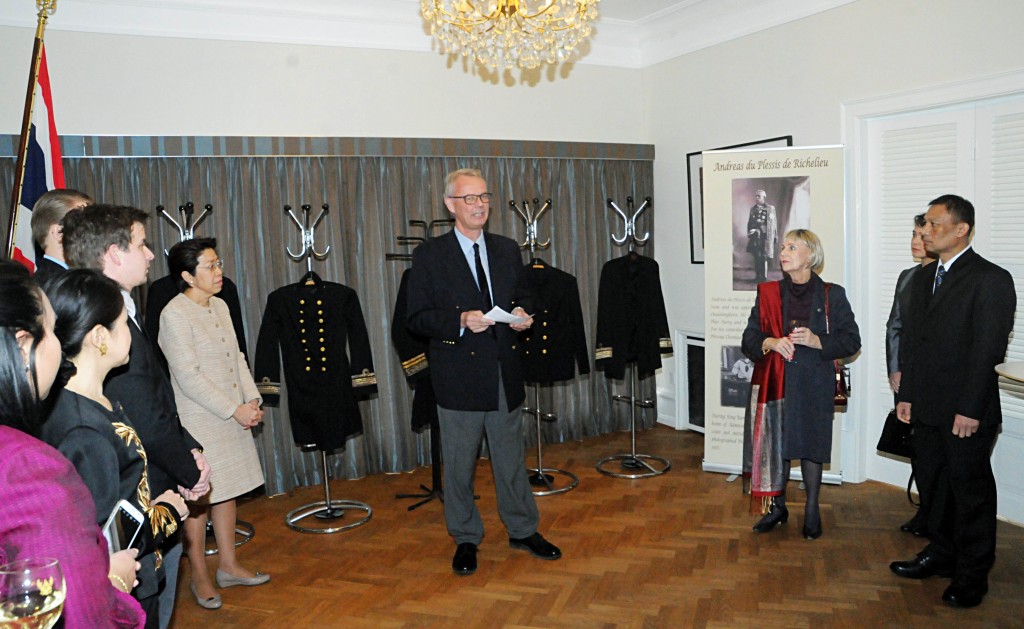