Both Southeast Asia and Scandinavia ranks relatively high in access to 4G network according to a study made by the connection testing company Open Signal.

Basically they monitored 4.852.320 devices around the globe a measure the amount of time they are within a 4G connection. 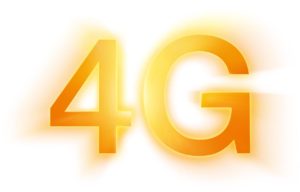 And several of the countries that ScandAsia covers are actually doing very well. Norway is the third country in terms of coverage and speed while Sweden ranks as number 11 by availability but comes in as a 22nd in terms of speed.

Thailand beats both Finland and Denmark by far and has an amount of coverage worth a 15th place but ranks very, very low in terms of speed – actually lower than most countries in the region.

But the test in itself isn’t perfect but one more way of calculating the calculating the quality of mobile networks in the country. Factors such as the general wealth of the country plays a large role – can the people in the rural areas afford a phone with access to a 4G network?

If they are mostly used in the cities where the strongest signals are, then the study will show that a large majority has access to 4G while the coverage may be of a very low quality outside of the city.

Furthermore some providers prefer to use techonolgies like HSPA as opposed to the commonly used LTE. This study only focuses on LTE, which means there may be a small gap in the actual access to 4G.

For further reading, the study is available here.