Kicking off in Copenhagen for what is being called the northernmost start in history, the Tour de France cycle race begins in Denmark on Friday, 1 July 2022.

Asian countries have not been left out of this European-dominated sport at all. While Denmark hosts this prestigious cycling event now in July, Singapore has been earmarked to become the first Southeast Asian country to stage the race’s ‘compatriot’ event, the Tour de France Criterium in October this year. 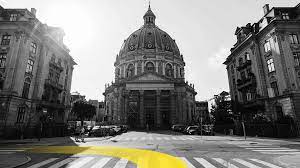 While the Tour de France is made up of elite cyclists who compete in a tough test covering an average of 3500 kilometres over three weeks to reach the finish line; in contrast the Criterium is a shorter race held on a closed circuit and Singapore’s streets are considered ideal for this.

“The Tour de France Criterium is a cycling performance, showcasing the speed and intensity of cycling through a race on an inner-city circuit,” said Tour de France general director Christian Prudhomme.

“The criterium format allows us to bring an adaptation of the Tour to more places, while still retaining the essence and spirit of the Tour de France with top riders in the heart of the city.

Sources: Channel News Asia and Inside the Games