Finland celebrated its 100 years of independence on 6 December all over the world and in Beijing the celebration took place at InterContinental Sanlitun hotel with hundreds of guests, both Finns and friends of Finland. The Independence Day reception hosted by Ambassador Jarno Syrjälä was the main event of Finland’s 100th anniversary year in Beijing NS one of the largest Independence Day parties organized outside Finland. Altogether, there were nearly 600 guests comprising of Finns and Finnish businesses in Beijing, Chinese stakeholders, foreign diplomats as well as military attachés.

The theme of the event was winter – portrayed among other things by a Finland 100 ice sculpture, wintery campfires and a dancefloor reminiscent of frozen lake ice. The visual design was by Ivana Helsinki.

The evening’s program featured world-class soprano Dilbèr’s performance of Finlandia and Diamanten på Marssnön by Finnish composer Sibelius, a choir of Chinese Finnish-language students’ performance of Finnish folk song Kalliolle Kukkulalle, an appearance from the authentic Santa straight from Korvatunturi, Finland, and a speech delivered by Ambassador Syrjälä. The guest of honor was Deputy Director General Zhu Jing from the Ministry of Foreign Affairs of China. 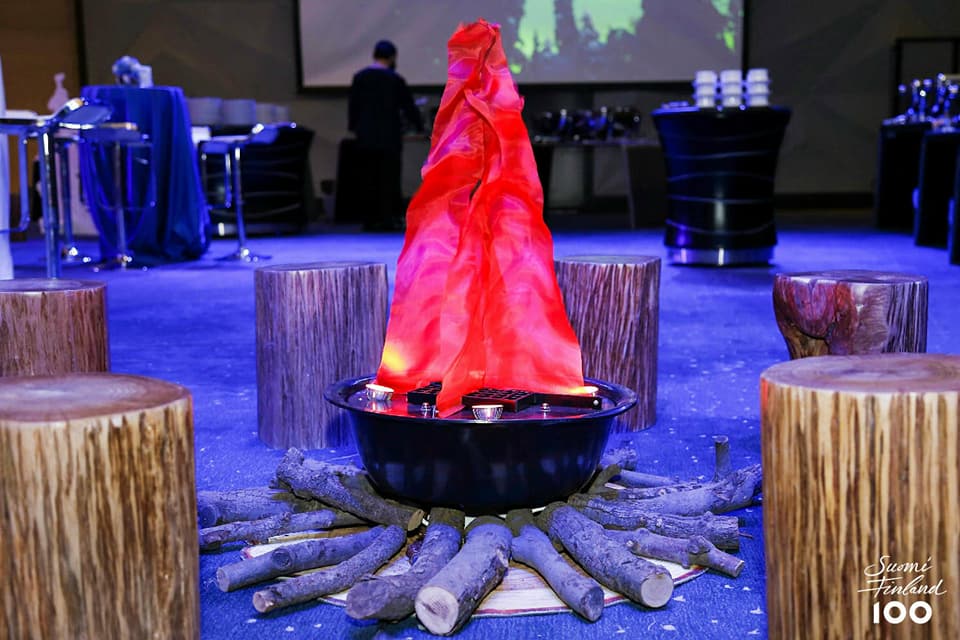 The President of Finland also delivered a video greeting, all this while guests could sit by the fire in a wintery setting and enjoy Finnish treats.

Earlier, in the morning of Independence Day, Santa Claus visited Guang Ai orphanage in North Beijing giving Christmas gifts to children and also donation to the director of the center. During the day Santa visited also in Western Academy of Beijing to meet Finnish pupils.

Later in the evening lucky draw winners received great prizes from the sponsor companies, and the Hunters set the mood for the dance floor. FBCB wants to thank all guests, the sponsors, Embassy and whole Team Finland for creating a memorable night. “We are happy to have received so many guests to share the joyous occasion together.”