Swedish Ambassador Pereric Högberg to Vietnam was addressing hundreds of companies in the start up and local business community at an event to commemorate the start up year initiated by the Vietnamese Government. In his remarks, he offered the Swedish experiences in innovations and how start-ups can be nurtured and successful in a globalised economy. Sweden is leading in the world in innovations, sustainable solutions and competitiveness while Stockholm has become a start-up capital (the biggest only after the Silicon Valley). Present in the event was also Deputy Prime Minister Vuong Dinh Hue and leaders from Young Business Association.

In sharing some Swedish experiences regarding start-up and innovations the Swedish ambassador hoped that these experiences and lessons wou,d inspire Vietnam to be successful in its journey of becoming a start-up nation.

He said that innovation was what made it possible for Sweden to become one of the most competitive, internationalised and globalised nations in the world. The Swedish innovation power is nothing new. Sweden has a long tradition of inventing things, and has always held science and technology high. 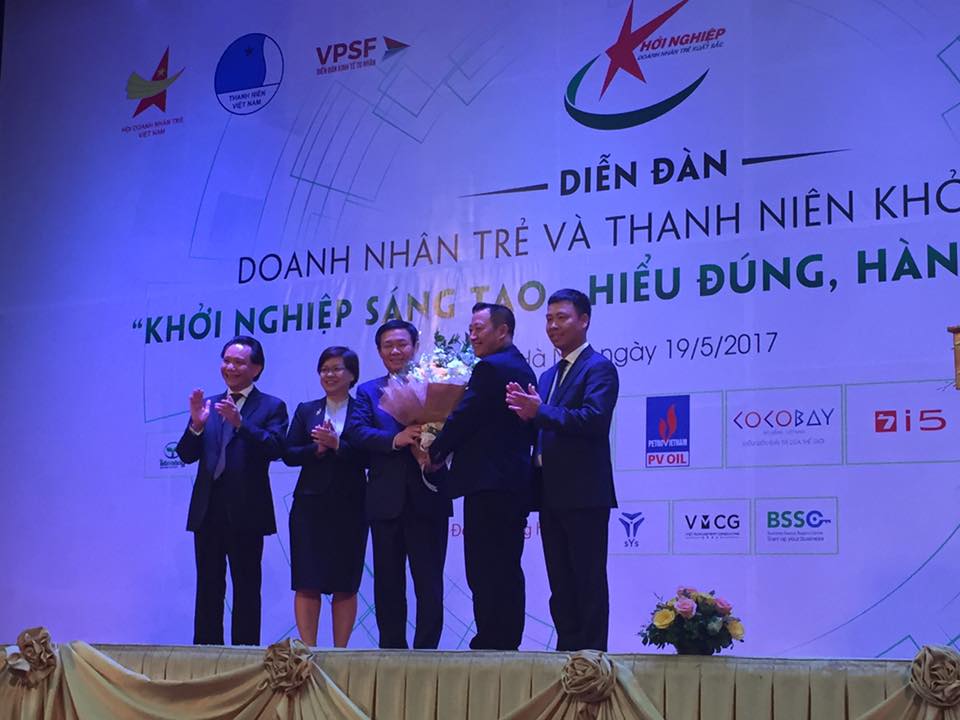 “We invest heavily in R&D. As much as 4% of our GDP is allocated for research, which is very high by international standards. Furthermore, Swedish schools try to promote creativity and thinking out of the box from an early age.”

“We strongly believe in the power of creativity. Letting people free their mind and think outside the box has paved the way for success in many areas. This has not only made Sweden the world’s number one exporter of music in relation to GDP, but has also resulted in global successes in literature and film, design, arts, spectacular tourist attractions and exciting digital companies revolutionising their industries.

“The Swedish success in the digitalised economy can partly be explained by strong investments in digital infrastructure. Sweden was early to offer a world-class broadband network, and the population’s Internet usage is among the highest in the world. Internet penetration currently stands at almost 95%. The target for 2020 is to give 90 per cent of all the households in Sweden access to broadband with at least 100Mb/s.

“With a small population, Sweden is not only in a league of its own when it comes to developing new technology, but more recently, Sweden has also become a haven for tech start-ups. During the past decades Sweden has developed a world-class start-up scene, creating a vast amount of attention from entrepreneurs, investors and talents. After Silicon Valley, the Swedish capital of Stockholm produces the highest number of so-called ‘unicorns’ (or billion-dollar tech companies) per capita. The city is home to more than 20,000 start-ups. Swedish tech companies raised €1.5 billion in 2016; an increase of over 50 per cent since 2015. Stockholm has given birth to global brands and products such as Skype, Spotify, Minecraft and Candy Crush Saga.”