Bearing the same prestigious name as the famous painter brings certain expectations and anticipation, which is immediately met in the grand lobby of this dowtown Bangkok hotel; bringing a sense of artistic style with its bright marble, cozy lobby, piano bar and discreet check-in desks, completed by the dramatic marble staircase with wall murals.

Mr Eric Hallin is into his ninth year with the hotel, and only its second General Manager since it opened in 1993. During these years the hotel, just as the other players on the Bangkok tourism scene, has been put to test more than once by Thailand’s political instability, paired with the recent global financial crisis. The hotel has however stayed strong, kept all its staff, even during the difficult periods with low occupancies, and is a hotel with a good reputation that makes a large number of guests keep on coming back. Management by walking
There is almost no day when the Swedish general manager is not at the hotel. He is usually seen out and about greeting guests and granting anyone who wants to speak to him some of his time. Eric is a true people’s person who also wants to make sure that his staff are happy and that all sides of the operation is always running smoothly. And being a Swede, his style of being out and about of course helps to get many Scandinavian guests.

Eric Hallin’s working day is usually 14-15 hours long. Not, he says, because he has to, but because he enjoys being and interacting in the hotel.

“Though today’s hotelier requires spending a lot of time in the office, I still spend a lot of time with guests and still believe management by walking is still as essential today as it was thirty years ago. After all, the guests pay our salaries,” comments Eric. Consequently he has turned Rembrandt Bangkok Hotel into an even stronger Scandinavian hotel in terms of its guest clientele than it was even prior to him becoming its GM.

“Flights crews from Scandinavian Airlines Systems used to stay at this hotel for over twenty years until when they stopped flying here, though even today many SAS employees stay here for leisure,” he explains. We, the Rembrandt team and the SAS crew (and staff), have a strong family bond, which is equally appreciated from both sides.

“Over 20% of our guests are Scandinavians and form the second largest base after the Brits. We have several Scandinavian corporate guests as well as leisure guests.”

Eric Hallin is also very much personally involved in the sales and can draw from his extensive personal network of contacts and business relations in the Nordic countries. “Our Director of Sales and Marketing and I go to Scandinavia yearly. Also we are active in the Scandinavian Chambers of Commerce as well as the Finnish chamber.”

Eric Hallin has since coming on board also introduced different Scandinavian traditions into the hotel premises such as the Semla.

As many foreign guests residents in Southeast Asia, including Bangkok, know and notice, the hotels, with their events facilities and dining and drinking outlets, are also very much part of the local social scene when it comes to preferred choices for one’s entertainment and dining adventures. For instance, enjoying the lobby bar live music or a Premier League football game at an upscale hotel such as Rembrandt is not uncommon. So for people from the Nordics residing in Bangkok Rembrandt Hotel Bangkok has also become very popular.

“We have had and are having many Nordic events. This year, 2017, is also Finland’s 100th year anniversary. We had the Norwegian Chamber of Commerce’s Christmas dinner the last couple of years, Danish Ballut evenings, SWEA and Swedish School, Thai Swedish Chamber of Commerce events as well as several SSS (Scandinavian Society Siam) events, such as their AGM and crayfish parties. We also run our own events, such as the pea-soup Thursdays (often drawing over 40 Swedish gents), ‘semla’ season, and much more.”

The hotel has in addition also hosted ‘Simply Scandinavian’, ‘Orrefors’ and ‘Costa/Boda’ exhibitions and much more. And when Eric himself is not around there is usually at least one other Swede on the premises. “We have almost always a few Swedish people here other than me to assist. At the moment we have two Swedish interns; Louise Sandholmen och Ellinor Eriksson, but we have had both Danish and Finnish interns as well.”

Proud of his people
Eric, who has been living and working on and off in Thailand for nearly forty years, was himself a dining customer at the hotel prior to becoming its GM.

“I have been a client at the Mexicano (then the Senor Pico), The Rang Mahal and the Red Pepper Restaurants since they opened.”

As for guest feedback the general manager replied: “We often are complimented on our location as we are in a quiet lane just off the bustling Sukhumvit and very close to public transportation as well as shopping, restaurants etc.” Indeed Sukhumvit Soi 18 is a quiet lane; one of the few ‘sois’ in the area with very little traffic paired with being green thanks to many old and very large trees.

The hotel’s location, he thinks, is definitely a key strongpoint with the calm, quiet tree-lined lane with several restaurants and massage places yet close to all shopping and entertainment that Sukhumvit has to offer. However, it is the people that really make the difference and I am proud of our staff.

“And our lobby is a bit like an oasis in the heat of Bangkok.”

And for the guest experience the famous ‘Thainess’ of course helps in giving a positive experience: “We have wonderful staff that really take pride in giving guests Thai hospitality.” Popular executive lounge and dining attractions
The hotel’s club lounge is also very popular for those who want to upgrade their stay, similarly to the choices on offer when flying. “Our executive lounge is very well known with many repeat guests making up eighty per cent of our clients, with much of the balance from their friends that are recommended to stay with us. We therefore know most of our guests here, which creates a very special atmosphere. It is a mix of leisure and guests here for business, with many coming yearly or even monthly.”

When it comes to excursions in the city the hotel is also very helpful to its guests. “Especially our ladies on the executive floor are very good at advising on sites to see, booking tickets or restaurants etc. Sometimes my deputy Niall Keddie and I help guests as well when we have time.” And when it comes to dining, the hotel also have attractive choices in-house: “Our most famous outlets are the Rang Mahal and the Mexicano restaurants. Both offer not only chefs from these countries but real master chefs serving up some of the best native food from these countries. For further authenticity we have an Indian Orchestra at the Rang Mahal and a real Latino orchestra at the Mexicano with Cuban and Mexican performers. Our Saturday Mexican brunch and our Sunday Indian brunches are well known for their food and value. The best kept secret is our Italian restaurant where Chef Vittorio and Chef Miew cook up some fantastic food.”

“We also have an annual Champagne evening under the auspices of the Confrerie du Sabre d’Or which is very popular. Apart from this we usually have a few wine dinners with winemakers every year.”

In this regard it is also interesting to learn that Eric informs that they are working on a new loyalty card for the hotel.

Commenting on social media as tool marketing and outreach he comments: “It’s becoming more and more relevant for both hotels and restaurants and often shape decisions on where to stay and where to eat.” Fierce competition in the city with an increasing number of rooms and dining choice also keeps Eric and his team on their toes. “Bangkok has some of the lowest hotel prices anywhere, partly due to a huge hotel room supply. Even though MasterCard has statistics that Bangkok is the world’s most visited city, we are building more room supply every day and this is not counting the room supply by the shared economy such as AirBnB, causing many hotels to sell their hotels too cheap. Bangkok hotels are less expensive than almost all large cities in Asia,” comments Eric. 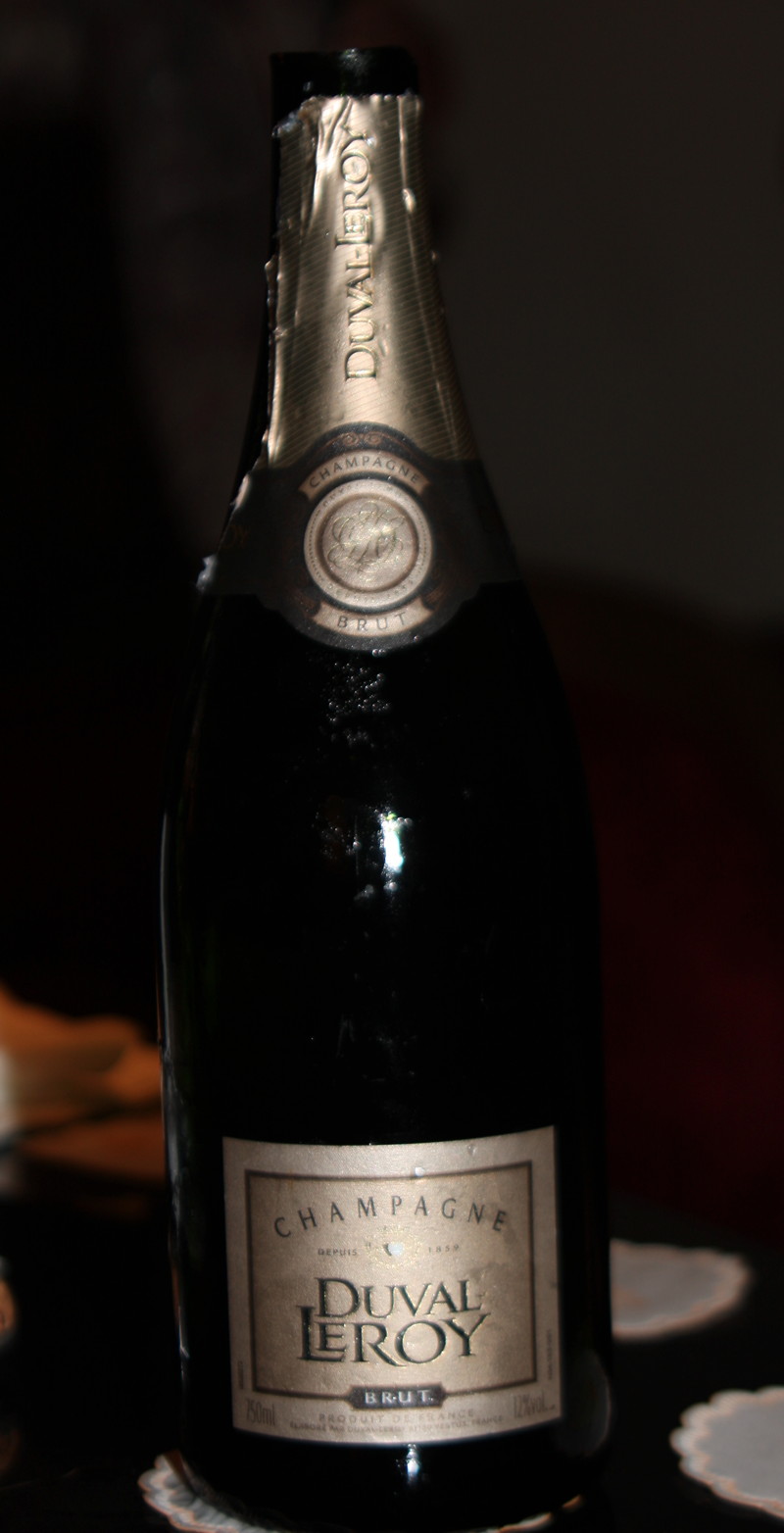