This year the legendary sour herring (‘Surströmming’ in Swedish) premiere in Sweden takes place on 20 August, since this is the third Thursday of the month in year 2015. 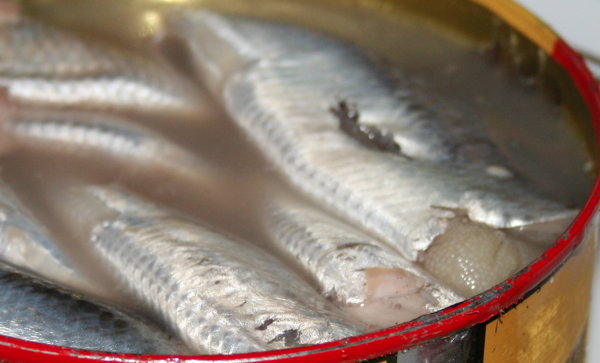 This much anticipated date means that sour herring fans rush to the supermarkets and fish stores to buy the canned delicacy on this day when the sales start.  And the Swedes and their international friends can also, despite its stench, be enjoyed also at certain restaurants.  Bookatable, Europe’s biggest service for restaurant bookings on the web, has the list.

Even though the dish that dates back to the 1500s, is almost cult shows a survey Bookatable that 40 percent of Swedes have not yet dared tested. For those who feel compelled, we have listed taverns as of August 20 serves the fermented fish, writes Bookatable.

Until 1998 fermented fish was not allowed to be sold before this day to ensure that it was mature enough. One of the restaurants serving surströmming is Sturehof in Stockholm. Every year they invite the public to sample the year’s fermented herring.

“We will be serving bits of fermented herring in bread to taste during the day for the curious who have never tried this dish. Surströmming is a favourit among a select group of guests and we have an annual celebration at the premiere. The feast is held on the terrace and with entertainment from the accordion, singing and dancing. It feels like an important tradition and part of Swedish cuisine that we do not want to fall into oblivion. The party is perhaps less popular for passersby on Stureplan, but fortunately we have such strong fans at Sturehof that much of the odor sucked into the fan system,” says Mr Carboni, working with public relations at Sturehof.

Sour herring is known in Sweden since the 1500s, when trade with fermented herring was carried out. and was originally a cheap everyday food in peasant society. Fish fermentation (fermentation) was in fact a method of preserving fish. During the 1800s, the tradition of eating fermented herring also began to move through society’s social stratum and the former poor man’s food became party food. Sour herring is usually associated today with the northern part of Sweden, but gradually sales increased southward, partly thanks to improved packaging (jars etc. and later cans). It is today served at several places around Sweden along with bread, onions, potatoes and schnapps.

Surströmming (sour herring) is a dish that many are ambivalent about Some praises it, others find it disgusting.

Despite its long tradition, a study from Bookatable shows that 40 percent of the Swedish population have never tried the dish. This is to compare with August month’s other big crowd favorite, crayfish, who only 6.3 percent have declined.

“I understand that crayfish can be seen as the easier domestic choice in August, given the sour herring’s more intrusive odor. But eating fermented herring is an experience out of the ordinary and I encourage more Swedes to venture in this taste adventure. More and more restaurants has also begun to serve fermented herring, which means that you do not need to worry about disturbing the neighbors with your food choices,” says Jonas Carlen, commercial director at Bookatable Sweden.