On 30 March Swedish Ultraman World Champion Jonas Colting commenced his ‘Swim Around Phuket’, an eight-day swim trek. He is swimming around the island of Phuket, with the start on Mai Khao Beach, to raise funds for Yaowawit Orphanage School and Mai Khao Marine Turtle Foundation.

As the first-ever such swim the Swedish athelete aims to circumnavigate the island of Phuket over eight days, completing his mission by returning to Mai Khao Beach by April 6, 2016. The swim trek then proceeds every day from 7 a.m. to 1 p.m. in a counter-clockwise route around the island passing the Andaman beaches, the famous sunset point Laem Phrom Thep, and Chalong pier. The route then turns northward past Ao Poh Pier, pass under the Sarasin Bridge and curve down to end again at Mai Khao beach.

“I’m very excited and look forward to getting started on this adventurous and inspirational journey around beautiful Phuket! My preparations have gone well but I have a lot of respect for the challenges of averaging more than 15 kilometres per day in the ocean. My main concerns are the heat and the sun and I will make an effort to pace myself over the eight days,” he said before commencing the first leg. Mr. Colting aims to raise funds for the Yaowawit Orphanage School which was first built to support victims of the Tsunami 10 years ago and the Mai Khao Marine Turtle Foundation, which is committed to protecting the marine and coastal environment and ecosystems for the wellbeing of the sea turtles that nest in the Sirinath National Marine Park and the surrounding areas.

“I’ve known Jonas my entire racing career,” said Mr. McCormack, who is also Thanyapura’s executive chairman. “I believe he’s the perfect athlete with the endurance engine and the will to be the first person ever to swim around Phuket. When he took on this challenge, we decided to put our full organizational support behind him, hosting him and his team from Apollo Travel Group as they prepared for the swim.” 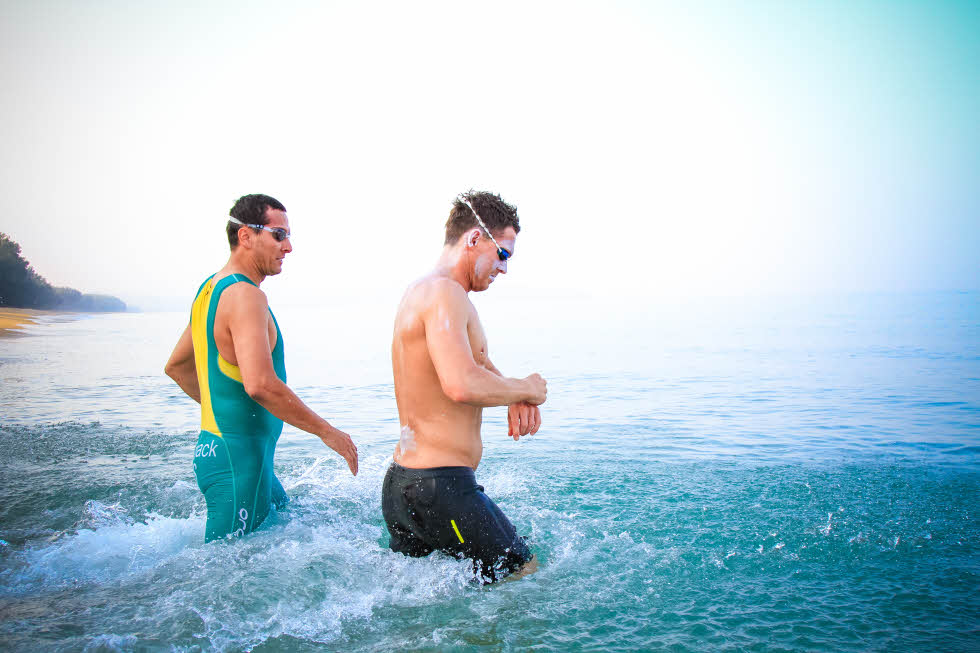 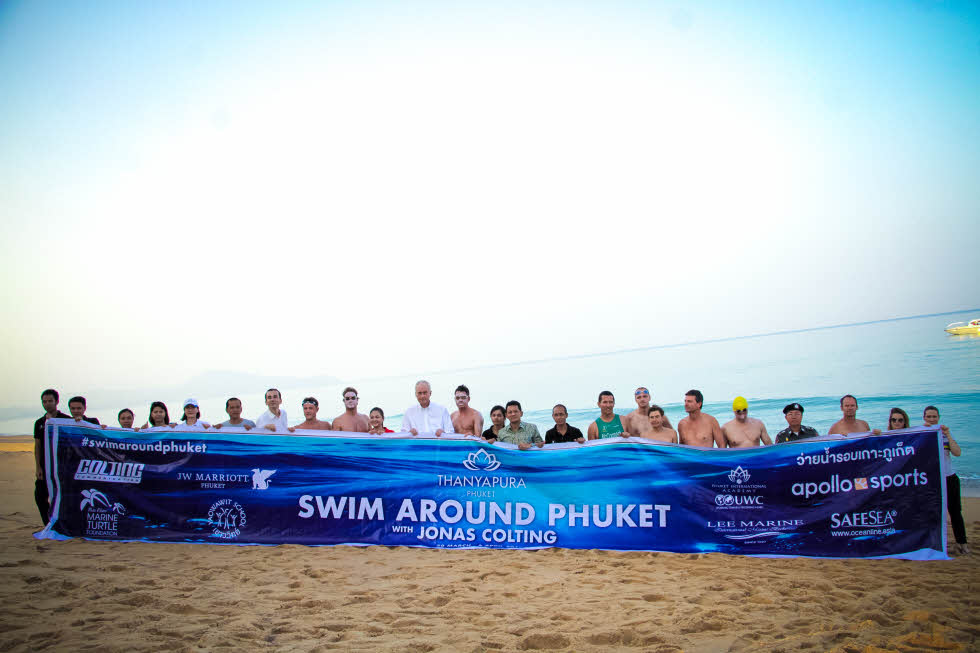