Last week, Danish Princess Marie visited Cambodia to celebrate the 100-year anniversary of DanChurchAid, which she is a protector of.

The Embassy of Denmark in Bangkok, which also covers Cambodia shares that during her visit in Cambodia, Princess Marie visited several DanChurchAid projects in and around Cambodia’s capital Phnom Penh as well as in the provinces of Takeo and Kampong Chhnang.

The Princess gained insight into DanChurchAid’s work with poverty reduction, sustainable development, and strengthening of rights in the country. Among others, the princess met local farmers affected by climate change as well as vulnerable children, young people, and their families whom DanChurchAid supports and works with.

Princess Marie also participated in the reception on the occasion of DanChurchAid’s 100-year anniversary. The event under the title “100 years of hope and action” was organized by DanChurchAid, in collaboration with the Embassy of Denmark in Bangkok.

“Her Royal Highness was invited to give a speech and a Cambodian ballet was performed at the event”, the Embassy states.

Moreover, the Embassy notes that Princess Marie, who also previously visited Cambodia as DanChurchAid protector, was grateful for her time and experiences in Cambodia. The Princess has been the patron of DanChurchAid since 2011 and she will continue to support the future work of the organization. 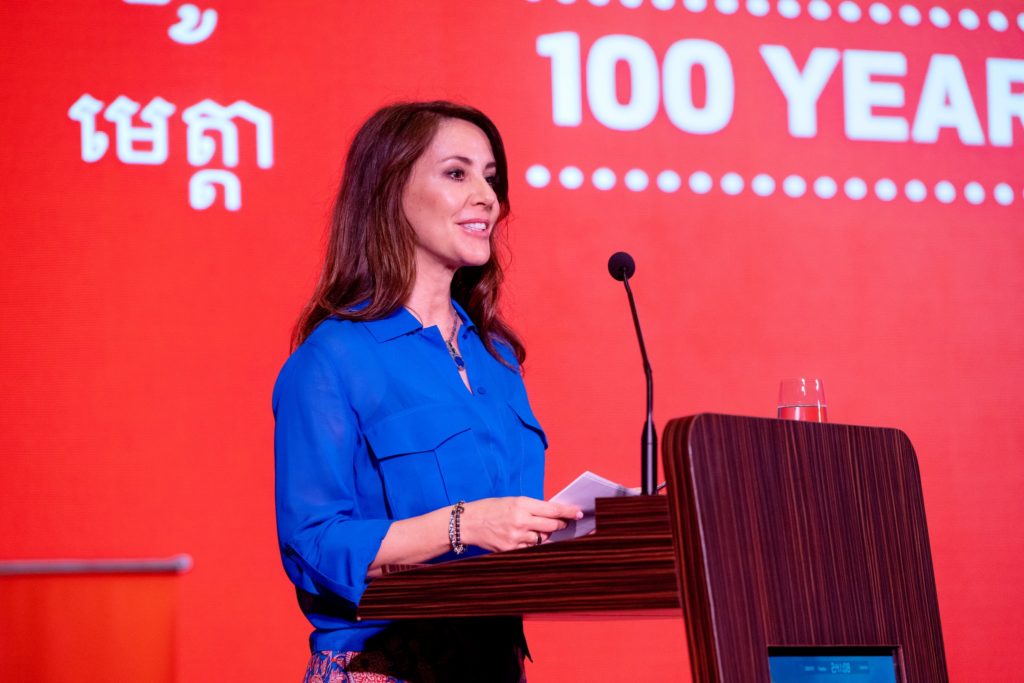