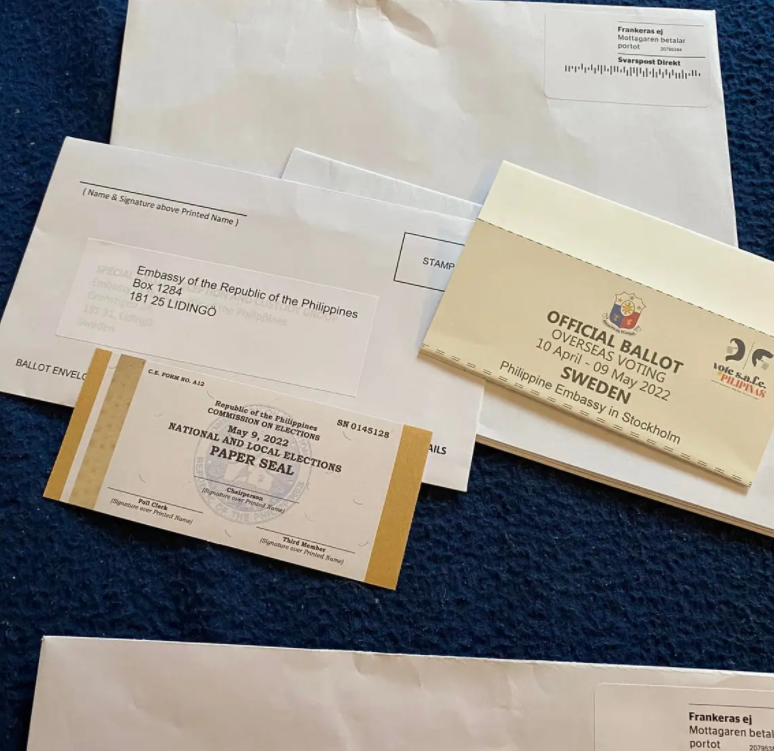 Reporting on the case, media Rappler writes that the voter, who shared his experience on Facebook, received two ballots on two separate days with one of his supposed names on the envelopes misspelled.

The voter said he received his first ballot on April 11 and another one the day after.

“As I went home today from work, I received another mail from the embassy. It contains almost the same elements as what I received yesterday, but it just so happened that my name is misspelled and the envelope that came from the Commission of Elections (Comelec) is missing,” he said.

The voter questioned Comelec’s data handling, and why some elements were present in one packet and absent in the other.

“Given that I now have two official ballots then, which one is really linked under my name? If I submit one of them now and it turns out that the other one is the actual ballot linked to my name, then my vote will not be counted, right?” he added.

After the Filipino voter’s Facebook post went viral, the Embassy of the Philippines in Stockholm confirmed that at least three voters had received two ballots each. According to the Embassy, the ballots were sent out based on the Certified List of Overseas Voters (CLOV) provided by the Comelec.

The Embassy however acknowledged that “there may have been an element of human error on its part” while doing post-delivery checks of the ballots before sending them out to the voters. These checks involve ensuring that the ballots are sent to the correct addresses.

“The Embassy, therefore, regrets any inconvenience or confusion it may have inadvertently caused, and thanks those concerned for bringing the matter to its attention,” the embassy said while emphasizing that “adequate safeguards are in place” to protect the integrity of the overseas election.