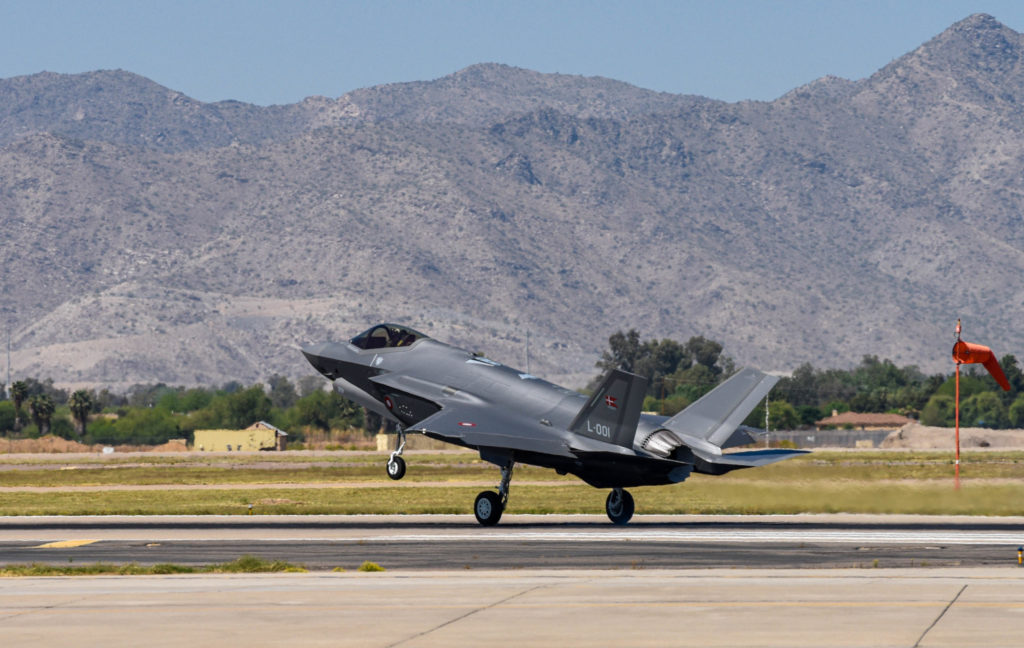 The aircrafts, assigned to the 308th Fighter Squadron will eventually be joined by five other Danish F-35s for use in the F-35 training program. According to the U.S. State Department, as stalwart NATO allies, the United States and Denmark cooperate extensively to promote peace and stability internationally, according to Air Education and Training Command‘s report.

KIN said “We have to be able to operate together with different nations in the fifth generation Air Force. When we have to go in to fight war together, we find comfort knowing we’ve gone through training from the same place.”

Luke is currently training fighter pilots from many countries such as Italy, Netherlands, Norway, and Singapore.

“It’s truly remarkable to come into a fighter squadron in which a U.S. pilot might fly a Danish jet alongside a Dutch pilot flying a U.S. jet,” said Cisar. “It shows all the work that’s gone into the F-35 program, the partnerships and how much we rely on each other to get the mission done.”

The F-35 training program is designed to integrate pilots, foreign and domestic, into a common set of tactics and advanced technologies enabling them to execute the mission as one unit.