Copenhageners were invited to become more familiar with one of Asia’s most populous countries on 27-28 May 2015 at the Indonesia Bazaar and Cultural Festival held at the Indonesian Embassy in Hellerup, Denmark. On a day of non-stop fun and excitement, one event led to another, including live traditional music by music groups from Sweden and Germany, Balinese dancing performed by Ni Nyoman S Amandari from Aarhus, Indonesian martial arts performances, traditional wedding ceremonies and more. Not only was it an audio-visual feast, the festival also offered various Indonesian delicacies to such as nasi goreng (fried rice with egg on top with satay skewers) and colorful kue tampahan mini cake, among other mouthwatering dishes from the Southeast Asian republic.

This annual event aims to promote friendship between Denmark and Indonesia. Also, Indonesian people take the opportunity to express their love towards the homeland thousands of miles away. Ambassador Muhammad Ibnu Said along with his fellow countrymen passionately sang the song ‘Indonesia Pusaka’, a patriotic song celebrating the independence of Indonesia, after which they all shouted Merdeka! Merdeka (= independent/free) 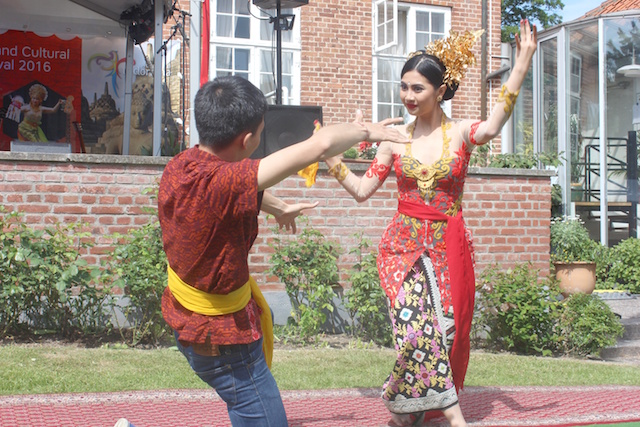 Meeting for Nordic students in Hong Kong on Friday

New focus on Danish charity ‘Cycling Without Age’ in Singapore