Pär Kågeby, Vice Consul at the Swedish embassy in Bangkok, and Attaphon Kabkhamba, more known as Sun, his partner since 33 years, were married in Sweden on July 1st, 2019.

On a beautiful, sunny day, their marriage ceremony took place at a dear friend’s house, Ann Fredriksson, close to the “metropol” Mjölby. The former Bangkok priest Lars Rydestad was asked to give the couple the blessing and he had choosen some very suitable words and it was an emotional couple who said “YES” in front of many friends from far and near.

Thailand was well represented by many Thais who nowadays live in Sweden and some arriving from Thailand. Several Thai women were wearing traditional Thai dresses and also Pär and Sun wore the classic Thai jackets and had Jasmine girlands around their necks.

It was a warmhearted ceremony with about 60 friends participating. The terrace, where the ceremony was taking place, was decorated with flowers in the Thai colors and the Swedish flag was blowing in the wind. It was magic.

Sun was very emotional and said his yes loud, even before he was asked and a few tears were seen in his eyes. Pär seemed very calm and convinced.

After the ceremony, a Thai and Swedish buffet waited for the guests. Delicious, decorative “Smörgåstårtor” made by Mia Palmqvist, who has moved back to Sweden from Bangkok. Later on, coffee and Mia’s Princess cakes, were served.

Some of the guests took the opportunity to say a few words to the newly wed and five of them sang a song for them with Bangkok’s current priest Erik Stenberg, accompanying on his guitar.

Not to forget, we all wished Pär a Happy Birthday, as it was his 60s birthday the same day.

Among the guests were seen; Mrs.Karin Herrström, spouse of Ambassador Staffan Herrström, who still was in Bangkok working, Anders and Cecilia Hivander, Louise Roxlin from Pattaya with one of her sons, Anders Högberg, who also has moved back to Sweden from Bangkok, Marianne and Christer Jansson from Phuket, Anette and Jan Olof Alenius, also former Bangkok citizens, just to mention a few among many, many more friends.

What a memorable day. All the best for the next 33 years Pär and Sun. 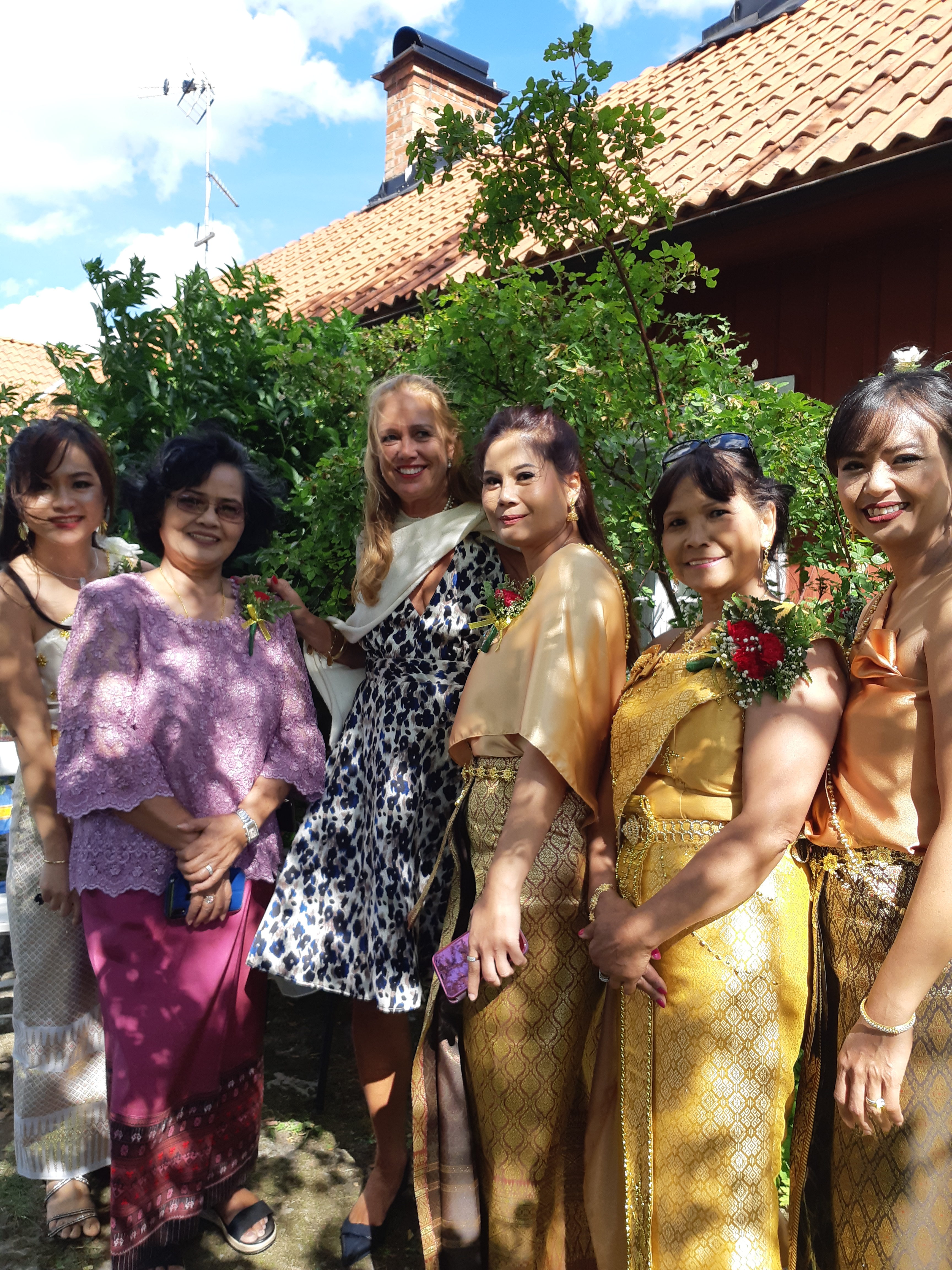