Jorgen Lundbaek celebrated on 25 july the 60 year anniversary of the day that he left Denmark. The exact date was the 23rd of July 1960. The young Jorgen Lundbaek was only 15 years and 8 months old. Amazingly, today sixty years later, Jorgen Lundbaek still has a picture from the day when he left his home, suitcase in hand, on his way to the Italian port of Genova. The trip down there was by bus and in Genova, he signed on as a crew member on Lica Maersk.

Lica Maersk sailed him to New York, where he a month later on 20 August 1960 was transferred to another Maersk ship, Robert Maersk that took him to Japan.

For the next one and a half years, Jorgen Lundbaek sailed several roundtrips up and down the East coast of Asia. From Japan, the round trip went over to Korea, then down to Hong Kong, Vietnam, Bangkok, Singapore, Malaysia, Indonesia, then back up to Philippines and finally back to Japan.

On 9 November 1961, Jorgen Lundbaek was transferred to Leda Maersk in Japan and started his trip back to Denmark via the Suez Canal. He arrived Genova on 31st of January 1962 and from there he went back to Denmark by bus – the very same bus that brought him there in 1960.

The celebration at the Captains Corner at Mermaid Hotel Bangkok on 25 July was lively and well visited by old and new friends of the veteran Dane in Thailand. Apart from his photo on the day he departed Denmark, Jorgen had put up for display the Seaman’s book with the various jobs he had been given on the three Maersk ships. 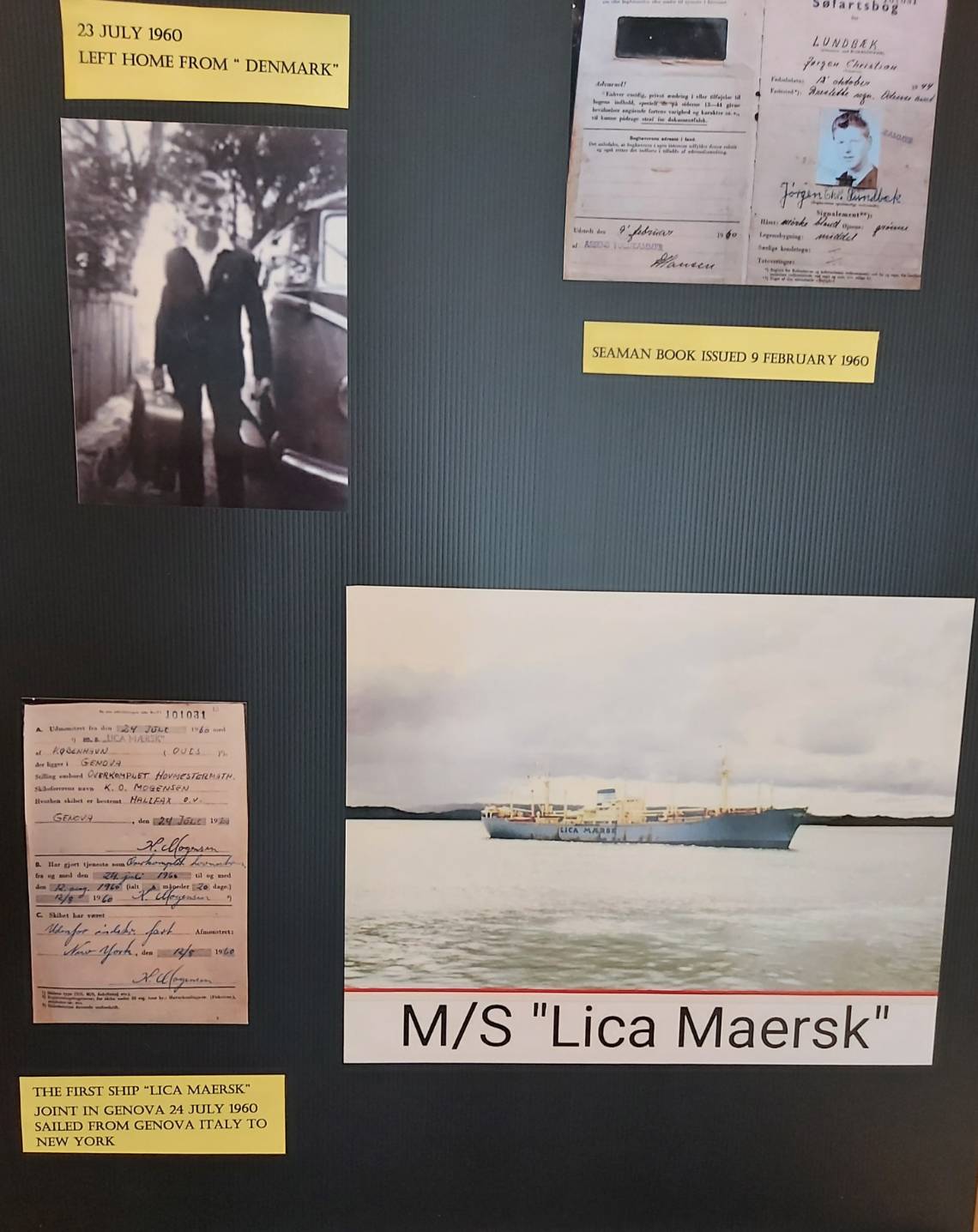 Enjoy the photos below from the evening.