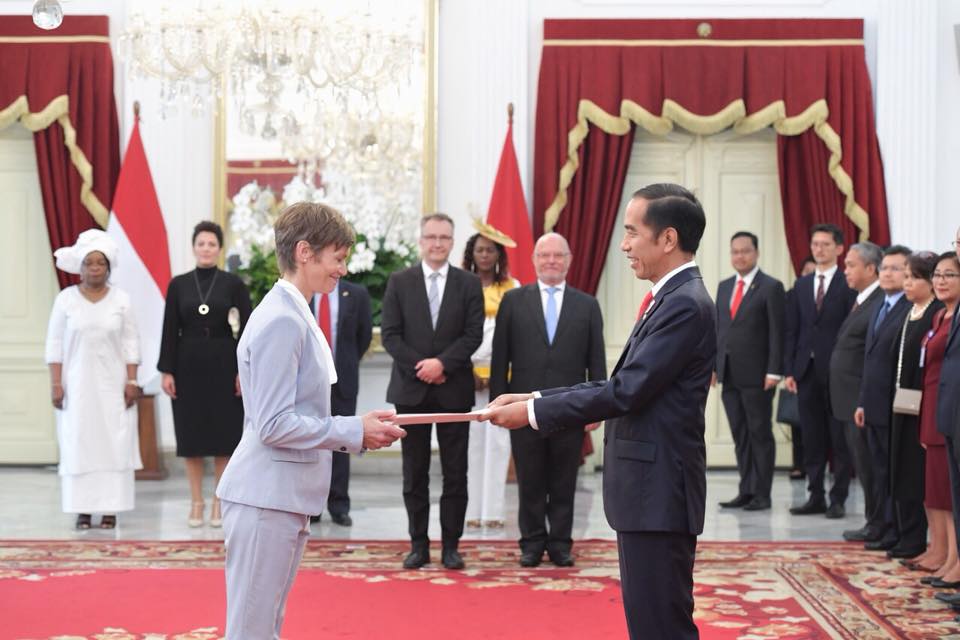 During the veranda talk with President Joko Widodo, Ambassador Marina Berg mentioned the importance of Paris Agreement implementation. Indonesia’s success in achieving its national climate pledges will be critical in keeping a global temperature rise this century well below 2 degrees Celsius as stated in the Paris Agreement that aims to strengthen the global response to the threat of climate change and the ability of countries to deal with the impacts of climate change, reported the Embassy of Sweden in Jakarta. 54 per cent (2016) of the energy used in Sweden coming from renewable sources, and Sweden aims to be one of the world’s first fossil-free societies by 2045 as part of its ambition to combat climate change. Through climate investments, the Fossil-free Sweden initiative and international climate action, Sweden will reduce its emissions at the rate necessary to ensure globally sustainable development.

Source: Embassy of Sweden in Jakarta