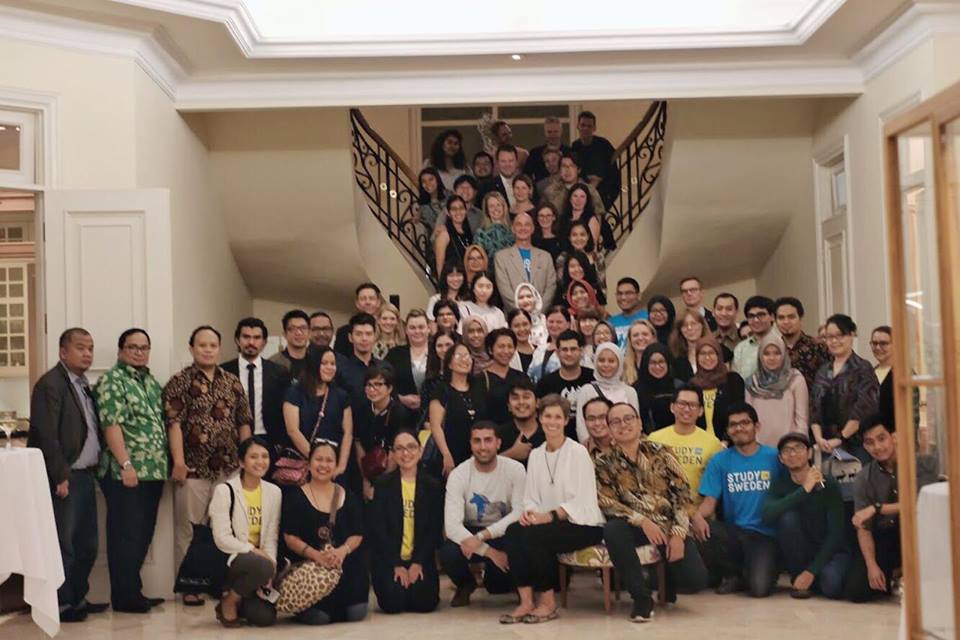 As the year, and the new Swedish ambassador’s first few months in Indonesia comes to an end she has posted the following official message:

“My first Christmas in Jakarta is approaching. The weeks and months since I arrived in the beginning of September have been intense but at the same time full of joy and inspiration.

I’m thankful to all people – colleagues at the Embassy, the diplomatic corps and not least all the Indonesian friends I’ve got – who have introduced me to this fascinating country and shared their experiences and stories.

Lot of my focus during the fall has been on trade promotion and the Swedish companies in Indonesia and I am getting to know the Swedish company representatives and their counterparts. Another focus area has been the UN Security Council.

Apart from this, there have been so much more accomplished by the colleagues at the Swedish Embassy during the fall. Let me give you some examples: 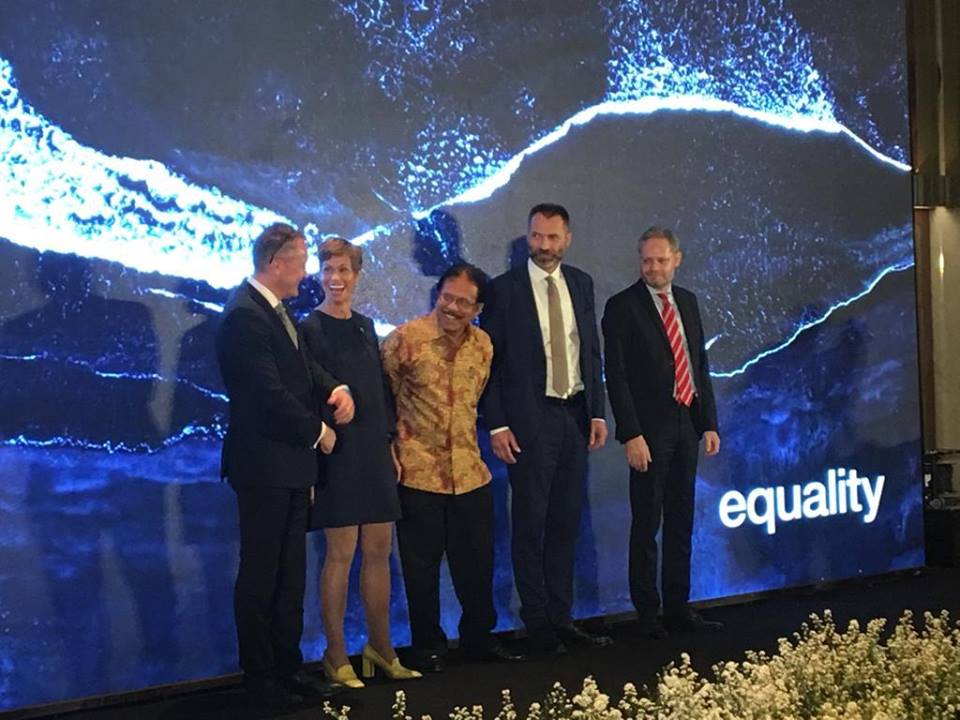 • One of the first weeks in Jakarta I held a breakfast meeting with more than twenty Swedish companies. The discussions focused on opportunities and challenges in the Indonesian market. The opportunities are endless and if handled with care and with sustainable thinking, the market is big enough for everyone. Except from the environmental issues, one challenge that several of the companies seemed to have in common was the general level of education. The Swedish companies represented in Indonesia represent a broad range of markets, from knowledge-based to high-tech.

• Sweden is now leaving the UN Security Council after two years as an elected member and Indonesia will join as an elected member for another two years period. We have had bilateral consultations and talks in New York and in Jakarta. We held a panel discussion at the Paramadina University where Ambassador Olof Skoog, the Swedish permanent representative to the UN, was the key note speaker. The arrangement at the Paramadina was set up in close cooperation with the University and FIKA – the Alumni Swedia Cooperative here in Jakarta. • The EU-cooperation in Indonesia is working fantastically. The close cooperation between our countries works well in all areas, not least when it comes to Consular errands. Without the Nordic Cooperation here in Indonesia however, my professional life would have been less successful. In November we had a magical evening – a Nordic Party – celebrating our National Days together and sharing Nordic values.

• With the support from us at the Swedish Embassy and the Swedish Institute, fourteen Swedish universities visited Indonesia to participate at the European Higher Education Fair (EHEF) in Jakarta, Bandung and Yogyakarta. We will continue to strategically work on attracting young Indonesian students to study in Sweden. For the coming years we have ideas on how to develop these activities with several Swedish companies.

• The Swedish Embassy and the Business Sweden continue the close collaboration. The focus and commitment for next year will be on Smart Cities and to showcase what Swedish businesses have to offer. There is great potential to extend the cooperation between Swedish and Indonesian companies in all areas of the smart city concept. The Indonesian interest, not least from Government Officials, is increasing and I surely look forward to developing that cooperation further. • Another area of focus is to promote Swedish values on gender equality. During the fall the Embassy has been presenting “Swedish Dads” – both in Aceh and in Timor Leste. In Timor Leste we collaborated with UNICEF and the UN Women to hold Timorese Dads photo competition. Also, the very important work of Wikigap – a Wikipedia edit-a-thon event has been accomplished in Jogjakarta and Padang with Wikimedia Indonesia. We are extremely happy about this which shows how valuable value based work is.

• We have also noted and put attention to the 70th Anniversary of the UN Declaration of Human Rights on December 10th. I and my colleagues at the Embassy participated in different events on this topic. One of which was held at the National Library, where the Embassy organised a Raoul Wallenberg’s War film screening and exhibition as a platform for dialogue on human rights issues.

• Our consular team always has high season as we are living on the “ring of fire”. The consular team at the Embassy is always alert and on duty. Also, our General Consulate in Bali and the work that is being done from there is invaluable.

I guess it has been a highly regular or normal semester at the Embassy, in other words intense and exciting. The year ended with a wonderful Lucia celebration at the residence. The Promotion Team and the staff at the residence put a lot of efforts into the preparations to make the moment joyful for everyone.

Dear friends, we have an exciting year ahead of us. I really hope that you will all have a wonderful Holiday in the weeks to come. I can’t wait until I get to start to work again together with you to make the best out of the Year 2019!”