The diplomatic missions of the respective Nordic countries to Thailand have anncounce the inaugural Nordic Film Festival 2017 to take place in Bangkok from 28 September to 1 October 2017, held at Quartier CineArt, EmQuartier.

Sweden, that traditionally has arranged an annual Swedish Film Festival in Thailand, replied that this own festival is cancelled this year.

“We want to try out with this cooperation and see if it works first and if it does well we will talk about maybe having it annually, together with the other Nordics.”

It is hoped that the festival will increase interest for the Nordics as a creative and innovative region, and help to amplify the demand for quality films that already exists in Thailand. “We would like to highlight what we believe is a success of Nordic films and Nordic cultures. We would also like to raise awareness around some of our common priorities and values such as sustainability and gender equality,” said Danish Ambassador H.E. Uffe Wolffhechel at the media launch.

“This Nordic Film festival presents eight movies to represent the quality of films from the Nordic countries for Thai people to enjoy. There are a variety of genres that show the arts of culture and way of life in the Nordic part of Northern Europe.”

“Being a country of movie lovers, Thais consume a heavy dose of films per capita. A unified film festival is therefore an excellent way of promoting the Nordic countries and their associated movie production efforts,” said the Danish ambassador and concluded that the own film festival had been replace the Nordic Film Festival this year. 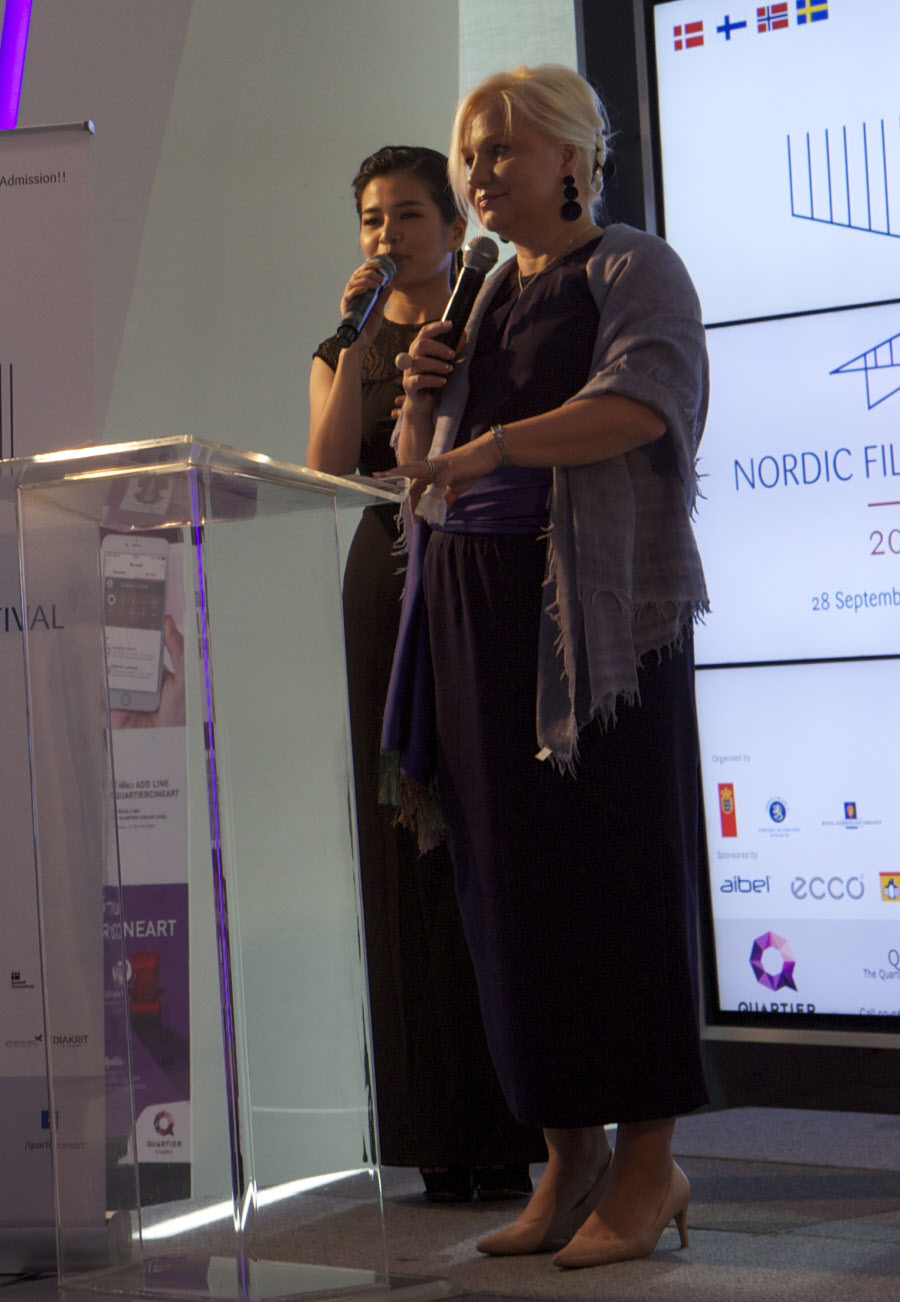 For Finland this comes timely as 2017 is a key year where the Nordic nation celebrates 100 years as an independent nation. Finnish Ambassador H.E. Satu Suikkari-Kleven said that with the two Finnish films selected for screening Finland wants to take the movie audience on a journey to the Finnish nature.

“Therefore we present two fantastic films about Finnish nature, Finnish forest. The films will make you feel as if you are there yourself. It’s a truly relaxing movie experience; much more than a normal nature movie,” emphasised the Finnish Ambassador. These are a both award-winning films and ‘Tale of the Lake’, a breath-taking plunge into the life of Finland’s almost 200,000 lakes, is also nominated for the Oscars for the nature Film, Jackson Hole Wildlife Film Festival.”

“We are also very excited about this festival and believe it will be a hug step forward for the Nordic cinema here in Thailand. And we are confident that the festival will increase the interest in Nordic films. We have other festivals but in this festival you have a selection of wonderful films to present from all our countries.”

Norwegian Ambassador H.E Mr Kjetil Paulsen continued on the nature topic: “We have selected eight films from the Nordics to show the diversity of our communities in terms of culture, nature and societies – in strong characters and storylines. Many genres will be represented trough this festival.” “The content on each film will focus on love, nature, gender issues and dramatic elements that represent each country. For Norway we have selected films that are related to nature, and the love of nature – very important parts of the Norwegian identity. It is easy to get lost both in nature and in love. The two films are about precisely that; how to find your way out of loneliness and despair in the setting of a variety of majestic natural environments.”

For one of the films Norways ambassador also highlighted strong connection to Thailand: “Operation Arctic is recorded on the island of Spitsbergen, a Norwegian island close to the North Pole. RH Princess Maha Chakri Sirindhorn has visited several times. She is very impressed and has initiated a cooperation programme between Chulalongkorn University in Bangkok and Spitsbergen University in Norway. I trust guests seeing this film festival will enjoy Operation Arctic as much as Princess Maha Chakri Sirindhorn has enjoyed the island of Spitsbergen!”

Swedish Ambassador H.E Staffan Herrström was equally enthusiastic: ”I share the same excitement that have been expressed by my Nordic ambassador colleagues about this great idea – we have so much in common! It is excellent that we do this together! The Nordic film industry has a prominent role on the world market and is also a promising area of future export growth, as well as being successful in promoting tourism to Nordic destinations.” An advocate for gender equality the Swedish ambassador also highlighted the Swedish film directed by a female director. This is, said ambassador Herrström, the country’s most frequently highlighted film of the year, ”proving – which we shouldn’t be surprised about, but yet worth highlighting – that female film directors are every bit a commercially viable as men. Sweden, as all our Nordic countries, is sometimes mentioned as a role model for gender equality and we are happy to stand at the forefront also via this exciting medium.”

He closed the presentation by thanking all the sponsors of the film festival: “Without you this wouldn’t have been possible, and we want to thank for the big booth that your sponsorship now is giving to the future of Nordic cinema.”