EuroCham Cambodia launched a new Nordic Chapter on Tuesday 30 May 2017 as they introduced the new Nordic Chamber of Commerce, NordCham, at Raffles Hotel in Phnom Penh.

As spring started, Nordic Chamber of Commerce in Cambodia had their very first official meeting on 1 March 2017, where the chamber was introduced to the many people who showed up with big interest to hear about this new nordic chamber, that wanted to improve business for Scandinavians in Cambodia.

As spring ended, the NordCham was officially established as a new National Chapter a EuroCham Cambodia networking event. The special networking night was attended by European and Nordic Ambassadors, and featured an introduction to the chapter, followed by an evening of cocktails and socialising.

On Facebook, Kjeld Olsen, Founder of NordCham, shows his gratitude towards NordCham’s sponsors, board member, EuroCham and all the people who has contributed to getting NordCham Cambodia up and running. 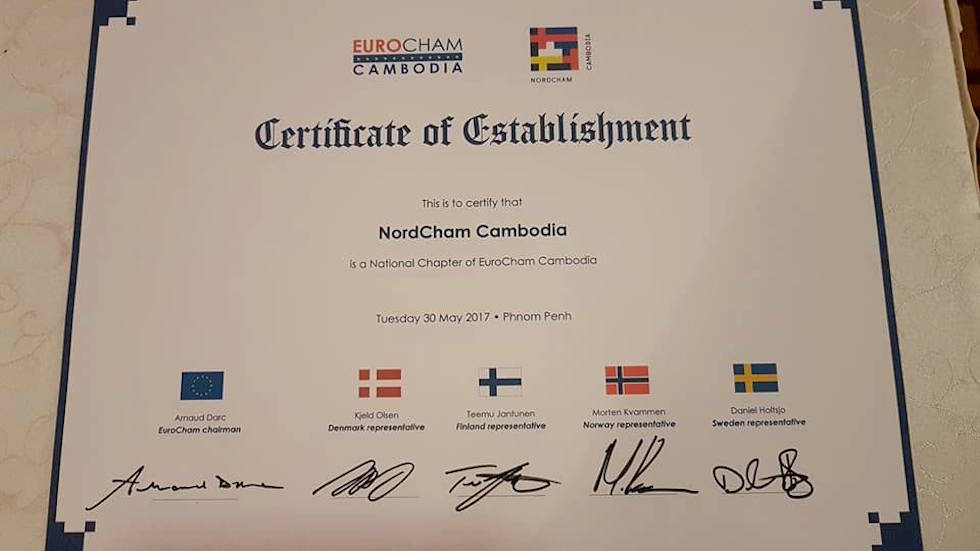 Jotun Cambodia Ltd is the new member of the EuroCham Cambodia