Norway’s OBX index could be hampered in the near term by developments hitting the fish production and processing sector, according to comments from politicians and market analysts. 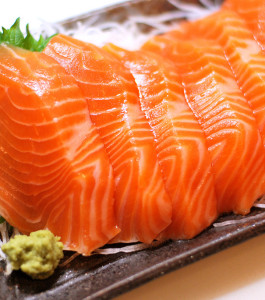 The problem is said to stem from the decision to award the Nobel Peace Prize in 2010 to Chinese dissident Liu Xiaobo. Since then, Norway’s share of the salmon market in China has fallen from some 92% to about 30%, according to certain official market figures.

Comments in recent days from Norway’s minister for Foreign Affairs Børge Brende has pointed to a continued chill in official relations between the two countries, and there is no sign of an immediate repair in relations, according to comments cited in local newspaper Dagens Næringsliv.

It adds that analysis from Nordea Markets illustrates the challenge will deepen because of the massive growth in the Chinese salmon market forecast: over the next five years the market could grow 25% annually.

This is the type of scenario that would be of concern to companies such as Oslo listed Marine Harvest, the world’s biggest seafood supplier, which claims to produce a quarter of the world’s farmed salmon.

It is currently listed as the 13th biggest constituent in the OBX by market capitalisation value of over NOK26bn (€3.2bn).

Norway’s key competitors in salmon farming in Europe include the UK and Faroe Islands, but these have limited capacity to grow output compared to Norway, which serves to increase the pressure to find a solution to the current impasse hitting exports from Norway to China.

According to the 2013 Salmon Handbook, available from Marine Harvest’s website: “A new trend since the beginning of this millennium has been that Norwegian fresh salmon meet more competition from Chilean frozen salmon in the European market. This, together with strong competition between mainly Norwegian and Chilean salmon in the Japanese market, and the increase in export from Scotland and Norway to USA during the period of reduced supply from Chile, shows that the market is becoming more globalised. Nevertheless, there will still be regional markets for the different production countries due to cost of logistics for fresh salmon. It is only frozen salmon that can be made available in large quantities for distant markets at low costs. It is generally expected that the market will continue to have a preference for fresh salmon, going forward.”