The 9th celebration of Thai silk was concluded in Bangkok on Saturday 23 November 2019. As a cherry on top, those strutting their stuff on the catwalk of the Thai Silk Fashion Week’s last gala fashion show were not your typical fashion models.

Taking over the catwalk were representatives from 71 of the 80 embassies in Thailand.

The whole evening was started with a short fashion show before Prayut Chan-o-cha, Prime Minister of Thailand, took to the stage to welcome everyone followed by a dance performance.

The 71 embassy representatives then did their walk..

Danish Uffe Wolffhechel showed off on the catwalk by spinning his wife, Susie A. Ruff, to much amusement for the cheering audience.

Norwegian Kjersti Rødsmoen received a similar applause, when she too spun around in her blue silk dress.

Finnish Pirkka Tapiola and his wife, Olga Tapiola, were a little more modest when they simply did a Thai wai (greeting where hands are pressed against each other) towards the audience at the end of the catwalk.

Mr. and Mrs. Tapiola were dressed by local tailors for the event. 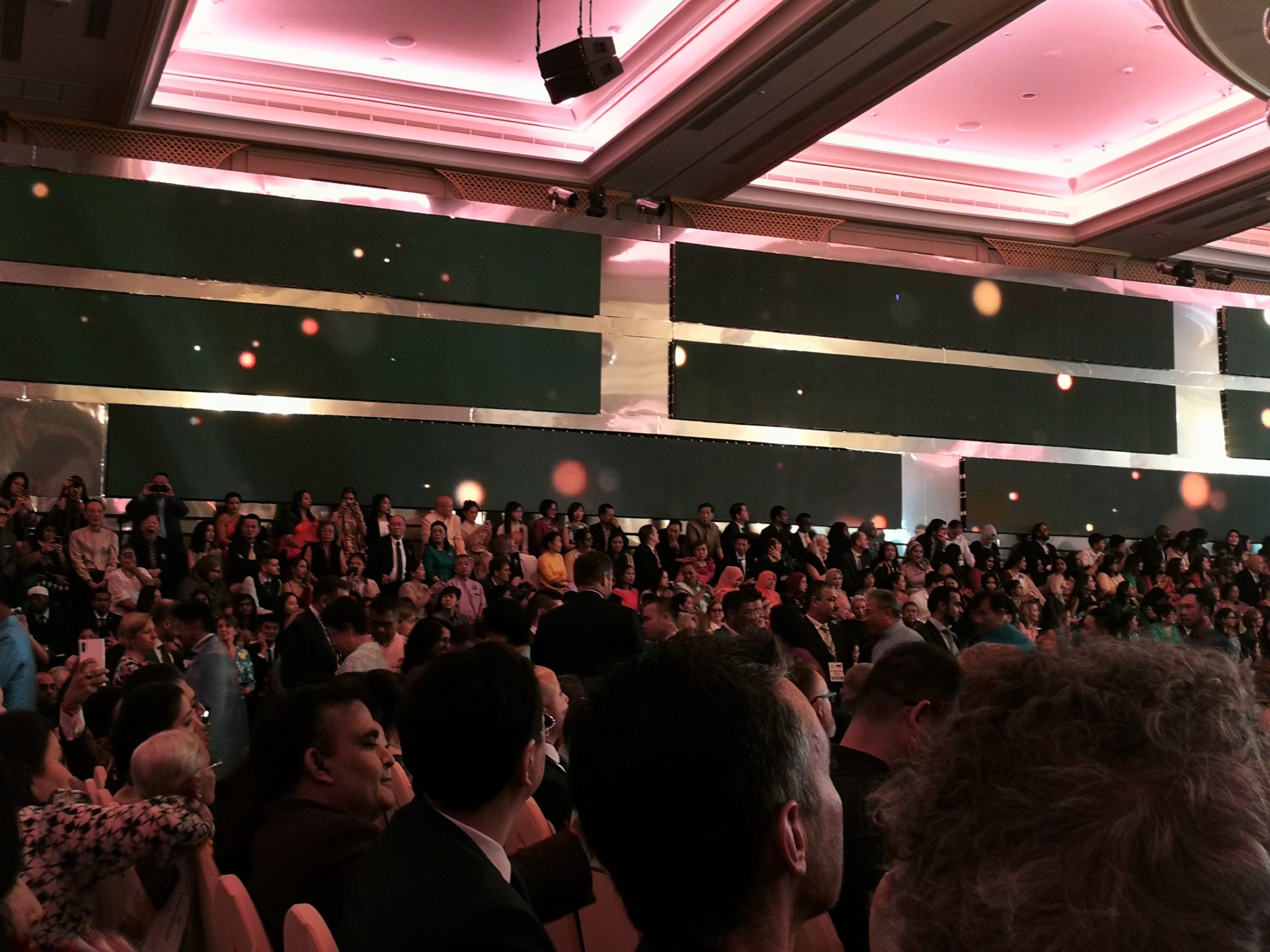