“It seemed a bit too sterile and boring.” Heavily polluted, overcrowded, bland, and “basically a complete waste of time.”

These are just some of the brutal words I found on the merciless internet about Singapore.

The small island, city and country just south of Malaysia has a population of about 5.6 million people. This makes it slightly more populated than Denmark, Norway and Finland. Yet, it’s 65, 490 and 512 times smaller than the named Nordic countries respectively.

So yes, it is quite crowded. However, I believe Singapore has an unjust reputation for being a “large supermarket” or “uncharismatic”, as I have heard people calling it.

Because once your shopping bags are full, your credit card is catching fire and your head is aching from the music blasting out in the malls, you may realise, that the jungle is not only made of concrete. Singapore has quite a few natural reserves to visit.

I spent a few hours at MacRitchie Nature Reserve by Upper Thomson Road. Mainly because I read there is a tree top walk. 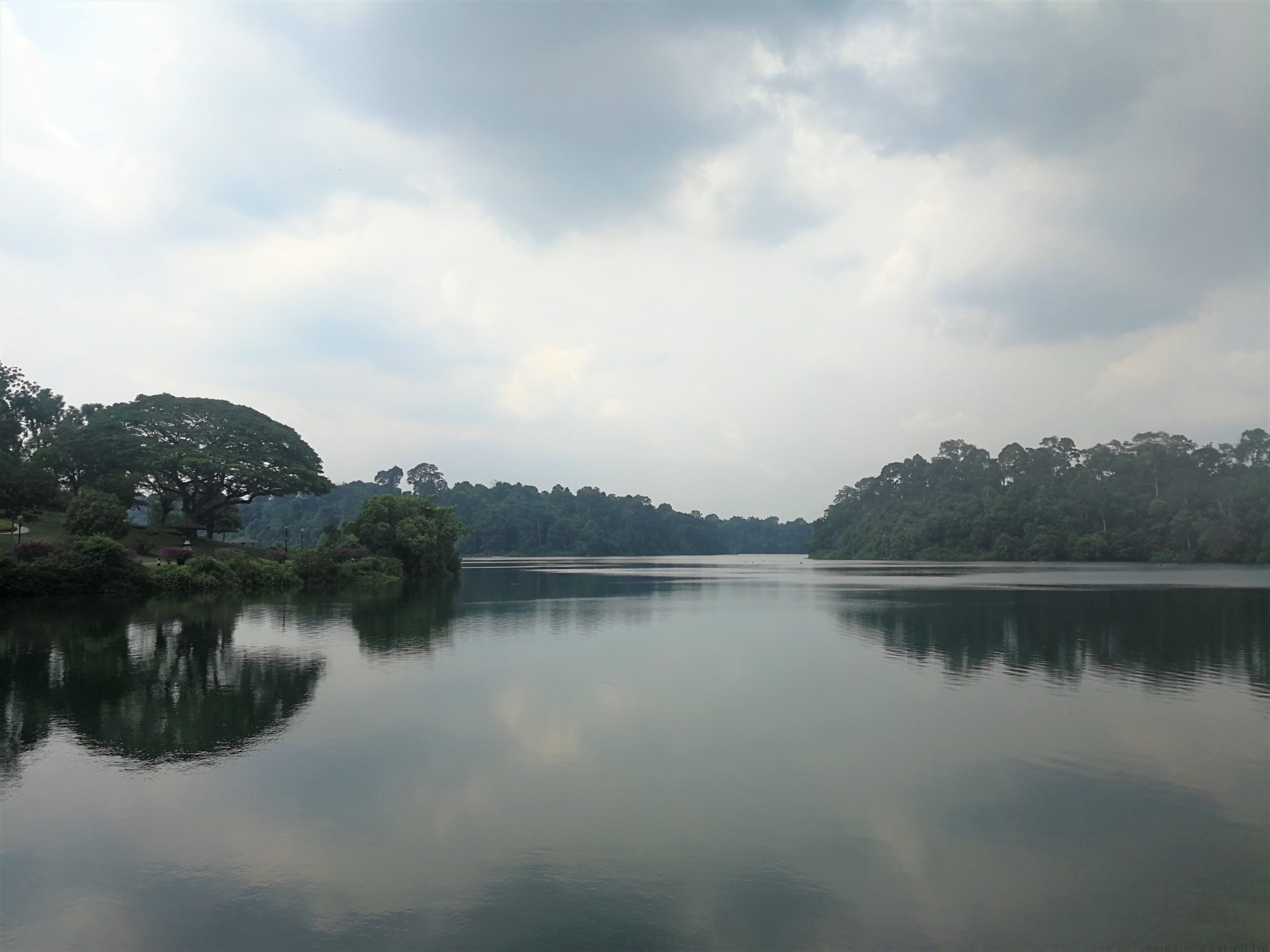 Starting the hike from the car park, I was definitely missing signs leading to the trail.

I did also run into a couple of desperate girls later on the trek.

“Do you know how we get out of here?” they pleaded.

Going there without much knowledge about the park – like me – is possibly not the best idea. As a bare minimum, I recommend having a plan in mind before commencing the hike.

After about one and a half kilometers from the car park, I finally found a map, that showed me I was on the right track. 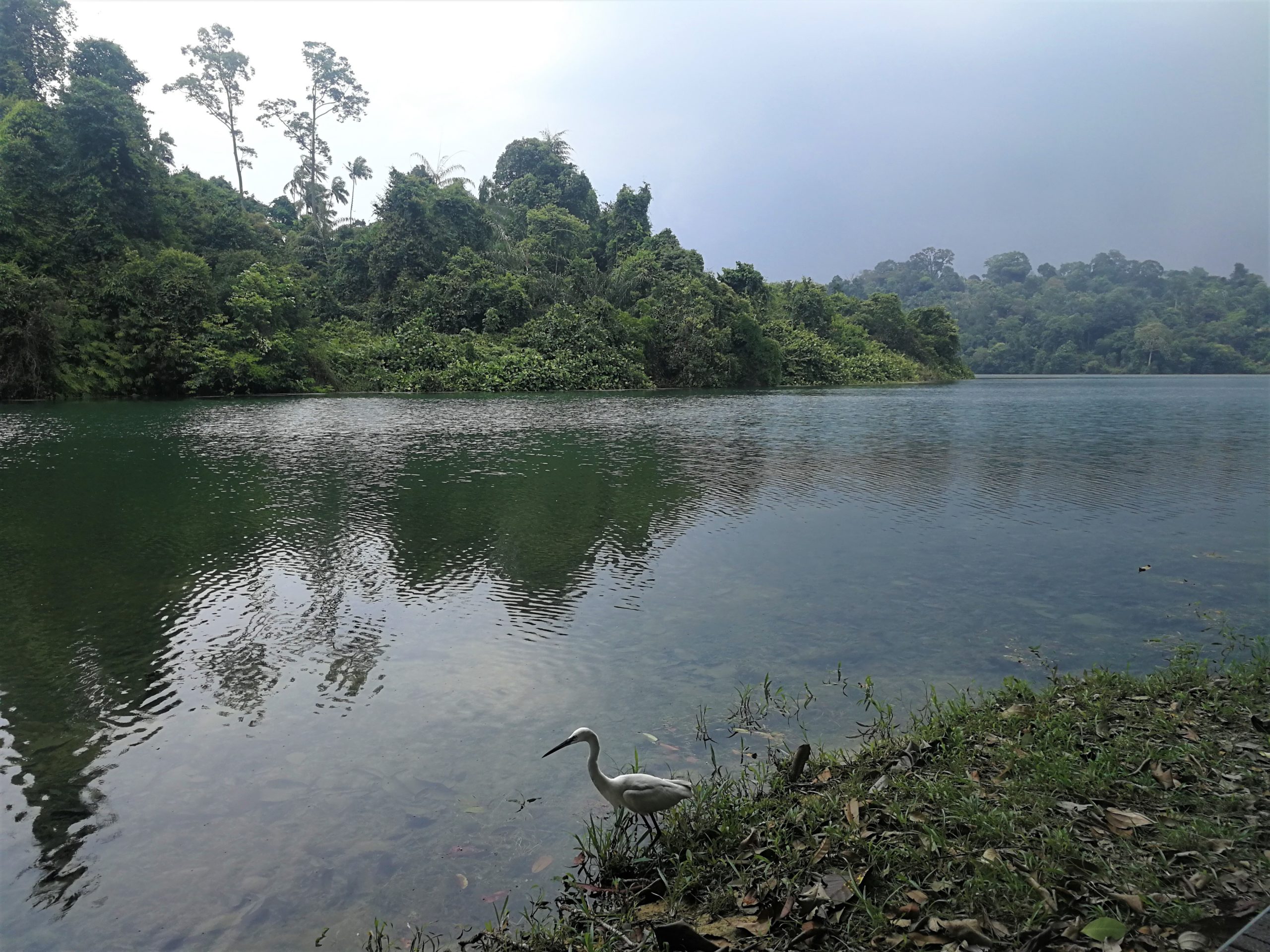 It provided me with two options: the jungle trail or the boardwalk.

Though the boardwalk is a bit longer, this is the trail I opted for, as I had just started the hike and was feeling fit. For Singapore it wasn’t a very hot day as it was cloudy and looked like it was about to rain.

Despite being less shady than the jungle, I was very pleased with my choice of route along the lake, where birds and calm water made for a peaceful walk. For a heavily populated city, there were long moments between meeting people.

The walk was dead quiet apart from the occasional airplane flying over the area. And a strange noise in the background. Like a monotone, high-pitched sound. I assumed it was an animal, but I learned later, that it was an artificial tone to keep dangerous animals such as wild boars away from the human tracks.

Trail signs were scarce. Yet, even in this idyllic setting other signs constantly reminded me of where I was. In the country that loves signs telling people what to do – and most importantly what not to do. No fishing, no littering, no swimming, no fishing, no feeding the monkeys, no feeding the fish, no dogs. And did I mention, no fishing?

If the innumerable signs leave you wondering whether you are allowed to fish, it definitely isn’t because you weren’t notified. 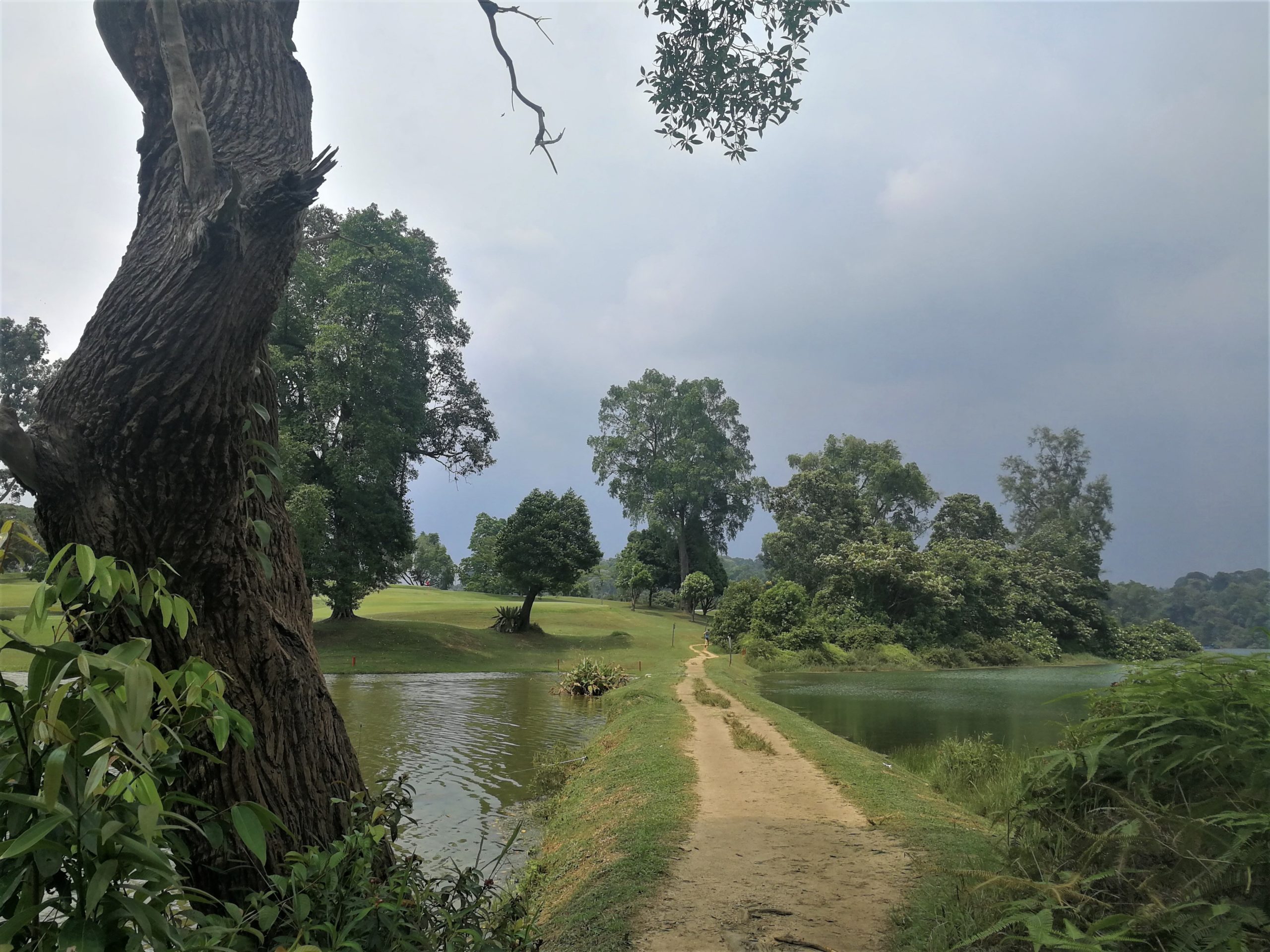 Upon leaving the boardwalk, the signs changed. Fishing wasn’t possible any longer, so instead I was warned not to enter the golf course every few steps I walked.

I wasn’t about to, but to be fair I did meet an older couple who had found themselves getting lost on the golf course. I’m not sure how those crime riders missed all the signs.

When I finally escaped the danger of getting struck by a golf ball, I found myself back in the jungle. The first thing I reached was a viewing tower which brought me 114 steps up above the tree tops for a wonderful view of the dense jungle. Only far away in the distance could I catch a glimpse of skyscrapers. Apart from that, it was easy to forget that I was at a small, densely populated island.

Another couple of kilometres on, I finally made it to the Tree Top Walk.

It is a one way deal, so if you don’t wanna end up walking an extra kilometre like me, make sure to enter from the correct side. At 250 metres, it only took me a short time to traverse the bridge between the trees. Nevertheless, it was quite the experience walking 25 metres above leafs and branches.

Monkeys followed closely in case some food would fall out of someone’s pocket. Most likely used to humans, one of them carelessly grabbed me, so beware if your heart also skips a few beats, when you are near one of the sharp-teethed creatures. Exciting the tree walk, I carried on the opposite direction of where I came, to complete the loop I had walked around the lake.

About 10 kilometres since I started walking, I made it back to Upper Thomson Road.

It was a beautiful day which, despite Singapore’s year round high temperatures, was somewhat cool as most of the walk is in the shade.

However, if you do plan on exploring the MacRitchie Nature Reserve, I recommend bringing lots of water and snacks as there isn’t anywhere to shop once you leave the car park. You should also wear a good pair of shoes for the hike.

So, for the person writing “it can be very boring if you stay more than 3 days on a tiny concrete island”, I wonder if they left Orchard Road and Chinatown and entered the nature. 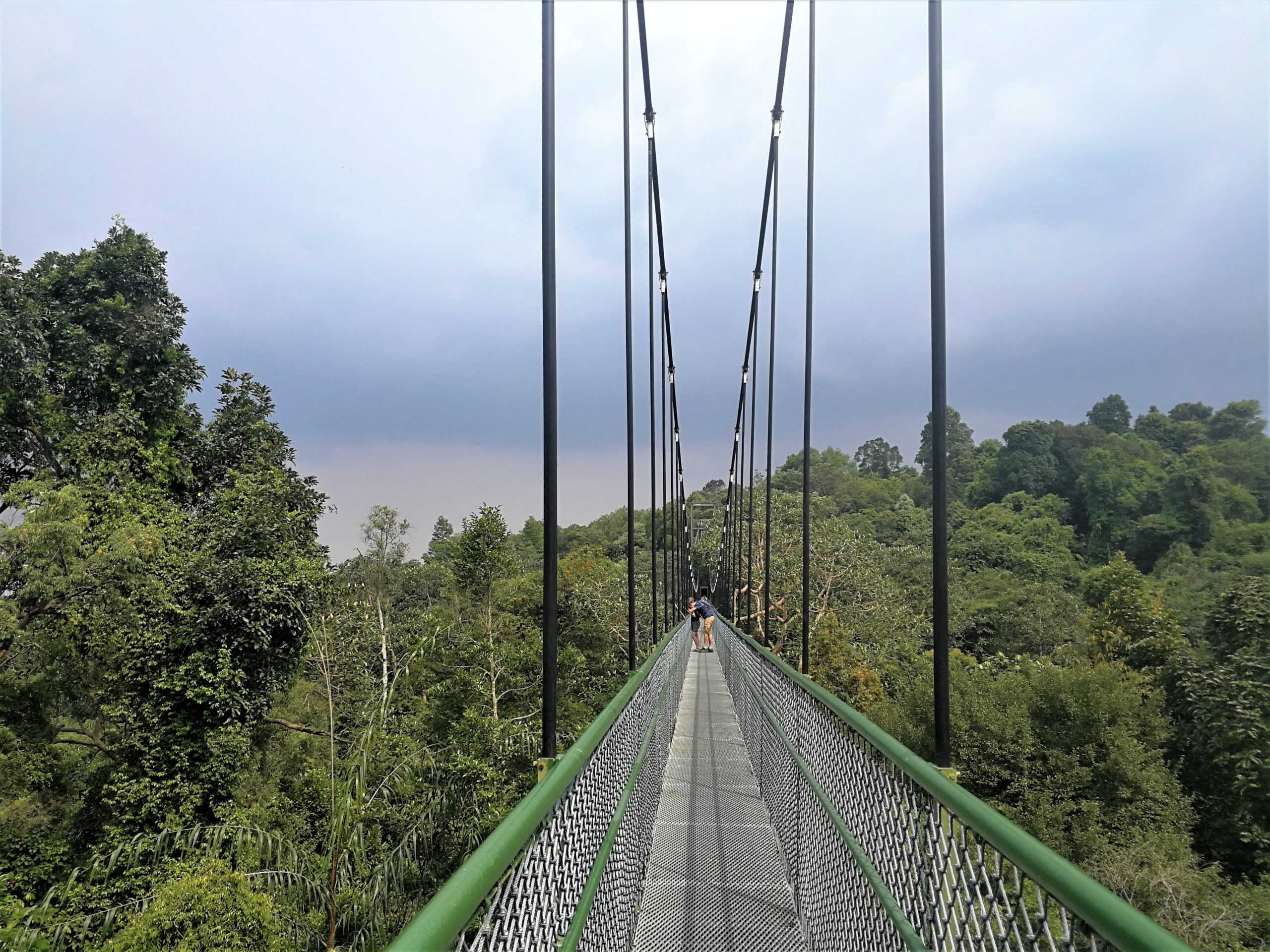