Freelancers will soon be able to work tax-free in Indonesia, including on the island of Bali.

The country’s tourism minister Sandiaga Uno announced the five-year ‘digital nomad visa’ earlier this week, telling reporters that he hopes the move will bring in up to 3.6 million overseas travellers and create one million jobs for Indonesians.

Uno said the proposed remote working visa will mean freelancers can live tax-free on islands like Bali, as long as their earnings come from outside Indonesia.

Uno told the South China Morning Post he wants Indonesia’s tourism to shift from a ‘sun, sea and sand’ approach and instead focus on ‘serenity, spirituality and sustainability’.
“This way we’re getting better quality and better impact on the local economy,” he explained.

Uno also revealed that the decision was based on research that showed Indonesia was ‘top of mind’ for 95 percent of the remote workers that took part in the survey.

Similar plans for a digital nomad visa were in the works last year, however had to be put on pause due to the pandemic.

Uno added: “Now with the pandemic handled and all the ministries getting involved and cooperating from the health side to the immigrations office, we believe that this is an opportune time to relaunch this idea.”

There are currently a variety of visas available to remote workers wanting to visit Indonesia, including the Visa on Arrival (VoA), Tourist or Cultural Visa and the country’s Free Visa, but these only last between 30 and 180 days. 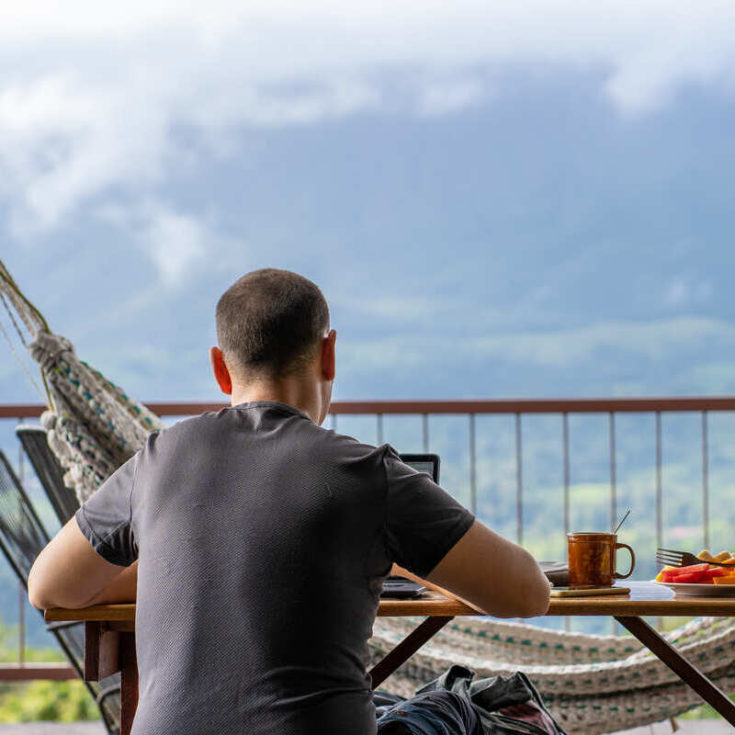 Other countries such as Georgia, Croatia and Portugal also offer digital nomad visas, and in short, this modern workers’ visa basically means you can work while staying in a foreign country, as long as you don’t enter the local labour market.

The rule is in place so that local residents aren’t pushed out of jobs.

Visa requirements often vary between countries, but proof of funds is normally required to secure one.

Living tax-free isn’t always a guarantee if you’re granted a digital nomad visa. For example, Americans will still have to file taxes if they’re granted one, because the US taxes citizens based on their citizenship itself, as opposed to their residence.