The COVID-19 crisis has led to the transformation of the world into the era of digital economy, where so much could be done easily and conveniently at our fingertips. However, cybercrime or electronic crime (e-crime for short) is also on the rise as a result.

According to a survey conducted by Pacific Prime Thailand, when comparing between February and March 2020, e-crime has risen by 37%. Its gross global damage is forecast to reach $6 trillion by 2021, twice as high as that in 2015.

As for Thailand, the economic damage of electronic crime is expected to reach 2.2% of the country’s GDP. The threats from the cyberworld today come in many different forms, one of the most fearsome of which is crime without borders. Its operations could be so expansive that what is behind them is considered a transnational criminal organization. It can be disruptive to an entire economy and national security. The problems posed by e-crime have been brought up in international conferences such as those held by the World Economic Forum and ASEAN Ministerial Conferences on Cybersecurity. Because all countries share this same predicament, they should collaborate with one another to come up with solutions. The public and private sectors should also join forces. The joint effort is critical, as these criminals use advanced technology to commit cross-jurisdictional crimes, against which law enforcement becomes much more complicated. The Thai government recognizes the gravity of the situation and has been updating the law accordingly. For example, the Cybersecurity Act, B.E. 2562 (2019) has been enacted to provide the measures to prevent, counteract, and mitigate cyber threats and their risks, which could undermine state and domestic order. Another example is the Personal Data Protection Act B.E. 2562 (2019). It has recently come into force to protect the public’s private information and give them the right to exercise more control over how their personal information is used online.

Recently, at the “RoLD Virtual Forum Series: Living with COVID-19” seminar on “Cyber Threats to Life (Not) New Normal in the COVID-19 Era”, Dr Prinya Hom-anek, a cybersecurity specialist, opined that what to worry about was that “Thailand does not have cyber sovereignty because Thai people today use most of the [digital service] platforms from abroad; their owners can extract more information from users than the Thai government can”.

Such concerns may be addressed in a number of ways. A technological step that Thailand could now take is the implementation of decentralized technology. One Thai company in particular, run by Thai people and an assembly of the crème de la crème of the technically minded locally, has been doing exactly that, developing the country’s first “decentralized identity” software and an associated turnkey platform, under the name Finema Co., Ltd. As an active player in the decentralized identity community, the company is a member of the Decentralized Identity Foundation (DIF), a world-class organization whose members include technology giants like Microsoft, IBM, and Accenture, to name a few. They have come together with an aim to create highly secure “decentralized identity” standards and interoperable networks worldwide.

Finema has developed proof and verification systems for electronic identity under the paradigm of self-sovereign identity (SSI). It is a world-changing technological concept in which a person is to have complete ownership of their electronic identity. One of the ways to implement this is with distributed ledger technology, which involves a decentralized data registry and a data storage structure like blockchains. Their immutability and other defining characteristics allow for a platform in which digital transactions can be made fast and securely. In addition, being aware of the importance of interoperability, Finema’s modus operandi has always been to adhere to internationally agreed-upon open standards.

Finema’s CEO and cofounder, Mr Pakorn Leesakul, said that identity technology should be easy and secure. “Finema’s platform is predicated upon decentralized public key infrastructure (DPKI) within which a key pair, consisting of public and private keys, is generated on the user’s smartphone. The public key’s fingerprint is stored on the blockchain, whereas the private key is kept securely on a special compartment of the smartphone called a hardware security module. When the user enters into a transaction, the system relies on those keys to ascertain their identity.” 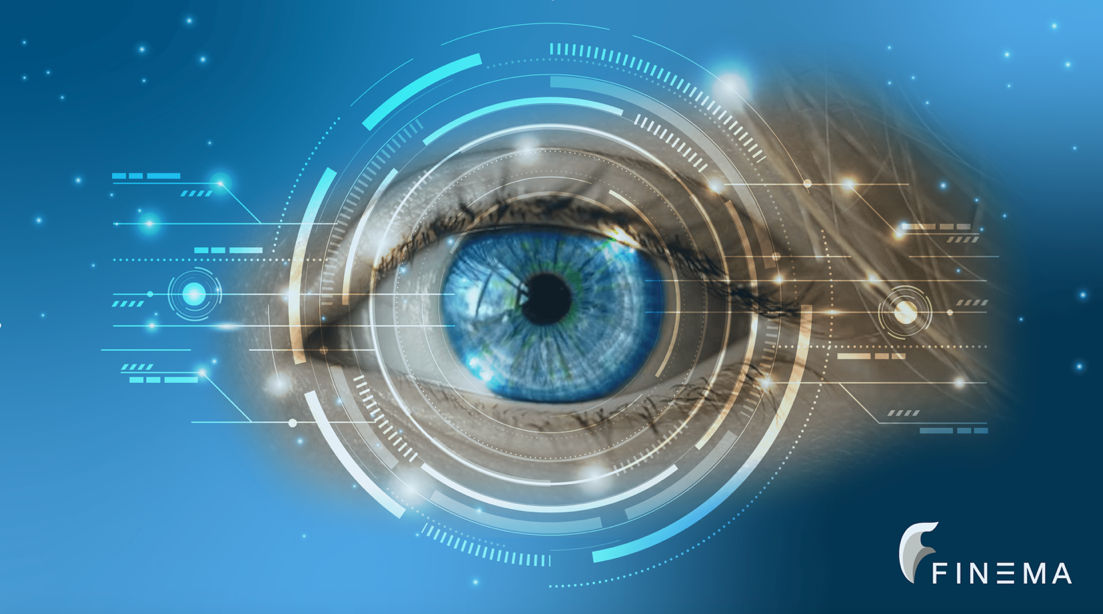 “Finema’s platform is designed to be compatible with multiple protocols that prevent unauthorized access to private keys on mobile devices, such as biometric authentication via face, iris, or fingerprint recognition, and a good old password as another protective layer. The service provider side (server side) can rest assured the person making the transaction is who they are purported to be.”

“In addition, Finema’s platform does not keep any personally identifiable information (PII). It only facilitates the proof of provenance and accuracy of such data. The platform’s versatility appeals to governmental, public, and private sectors.” More importantly, decentralized identity technology can help prevent the spread of fake news. Once adopted widely, it would allow a news platform to verify the authorship of any piece of information reliably before disseminating it. Another equally important application is in the reduction of cyber fraud, such as forgery and impersonation. Resistance to data tampering is intrinsic to distributed ledger technology.

The digitization of information will bring about profound economic impact to Thailand. Transactions will no longer be delayed by physical exchange of documents and manual verification of information. Operating costs and time will be reduced substantially. Digital crimes will be further curtailed. If Finema’s platform could help cut off just 10% of the total global damage from cybercrime that is expected to reach 186 trillion baht in 2021, that would be consequential to the Thai economy already.

With Thailand sustaining digital transformation effort, the dream of pushing the country as the Digital Hub of ASEAN is not too far-fetched. We have Thai software companies whose workforce is competitive in the international arena. We will soon see them take a market share from some of the biggest brands from Europe and North America. Whether or not they succeed also depends on the public and private sectors cooperating and converging on the same vision of digital economy, with a plethora of cutting-edge technologies at their disposal.