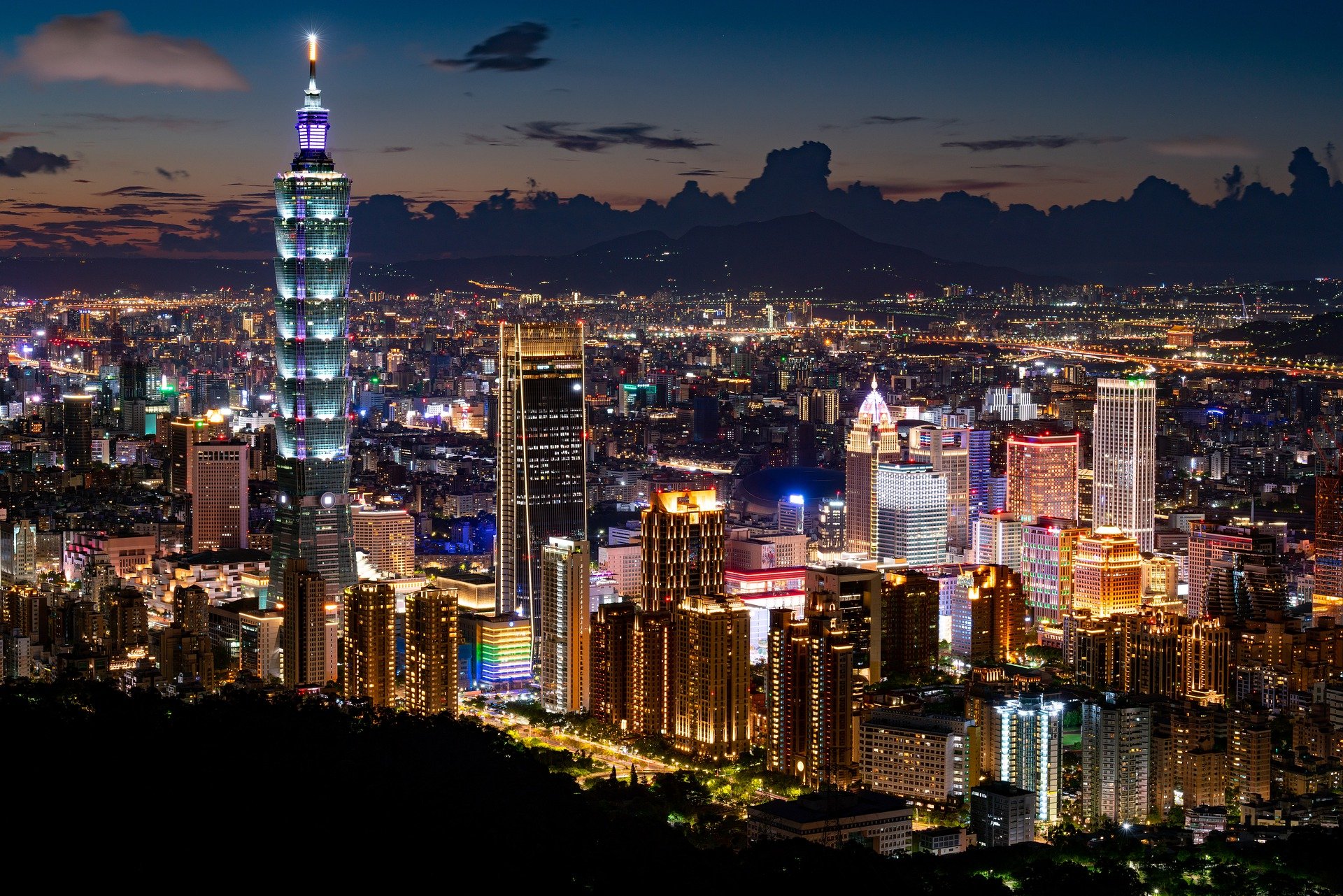 Despite COVID-19 restrictions disrupting many expat’s moving abroad plans, now is a great time to take a step back and reconsider your options. Awarded 3rd place for quality of life (out of 64 countries), 6th place for personal finance and 8th place for work/life balance, it’s clear why Taiwan was voted as the overall top expat destination in InterNations‘ most recent Expat Insider report.

So, while it’s difficult to deny that Taiwan is a great place for expats, there are particular aspects of life in Taiwan for expats to consider before moving there. Using expat insight, this article explores the pros and cons of moving to Taiwan in order to help aspiring expats make a decision about where to relocate once normality resumes.

First and foremost, Taiwan is considered to be a very safe country to live and is consistently acknowledged as a safe country in a variety of global safety indexes, including SafeAround’s Index in which Taiwan took 24th position out of 160 countries and the Global Peace Index which awarded Taiwan with 26th place out of 163 countries. Taiwan also achieved 17th place for safety and security out of 64 destinations in InterNations own report.

As well as being recognised as a safe country in surveys and reports, expats also hold Taiwan in high regard when it comes to personal safety. Alex Trup, CMO & Co-founder at Rolo, and expat who has lived in Taipei, Taiwan for more than a decade says “Taiwan is one of the safest places you will ever find”. He adds that “you can leave your wallet and phone on a table in a coffee shop and expect it to still be there in an hour or so (or otherwise have been handed in to staff).”

Taiwan is also home to a truly welcoming community. The locals are seen as honest, kind, friendly and welcoming, which should make settling in as a new arrival a lot easier. “The Taiwanese are super friendly, and are always willing to help out foreigners, even if they speak little or no English.” Alex explained. “If you’re trying to find a location on a map, it is very common for them to walk you to that place – not simply point in the vague direction.”

Taiwanese people are also known for their caring, accepting nature, especially when it comes to respecting older generations and valuing family members. As well as caring for the people around them, the Taiwanese also care and respect the environment. In fact, “people on the island are very environmentally aware, and there are many initiatives to recycle, minimize waste and reduce single-use plastics” says Katherine Fan, who lived in Taiwan for nine years and works as the Senior Travel Features Reporter at The Points Guy.

Another benefit of moving to Taiwan is the incredible cuisine. Home to a beautiful blend of gastronomical delights, Taiwan boasts some truly tasty authentic dishes. Experiencing the local food first-hand Katherine shares that “the food is simply phenomenal, healthy, delicious, cheap, and rich in cultural opportunity from around the world.”

The cultural diversity of the country is definitely reflected in the food, and as an expat, you’re sure to find food from all corners of the globe as well as traditional Taiwanese cuisine. From popular local staples such as beef noodles to international inspirations like soup dumplings (originated from Changjiang) – there’s truly something for every food-lover in Taiwan.

Another reason why Taiwan is seen as an expat haven is due to the country’s stunning landscapes. With majestic mountain ranges, towering cliffs, serene beaches and tropical forests, it’s easy to see why locals are so proud of their beautifully diverse country, and why expats fall in love with Taiwan’s stunning scenery. Taiwan’s urban areas also breathe a unique beauty, with vibrant night markets, colourful temples and sky-piercing towers.

Leonard Ang, an interior designer and writer for Interior Charm, has also experienced life in Taiwan and adds that “Taiwan has one of the highest densities of tall mountains in the world which makes this place a sure spot for hikers and nature lovers alike.” He shares that the country “has a lot of hidden and preserved treasures, tall and great temples, amazing historical sites and natural wonders like that of the famous Yehliu Geopark and Shifen Waterfall.”

Put simply, “the outdoors is incredibly beautiful and has a lot to offer” says Katherine. “From trekking the Taroko Gorge and scuba diving, to exploring rice fields, river tracing and hiking, there are so many amazing ecological wonders for outdoorsy, active people here.” If you’re coming from an English-speaking country and you’re not familiar with the local language (Mandarin Chinese) you may find it difficult to adjust at first because English is not widely spoken. That said, Taipei, the capital, is home to a considerably higher number of English-speakers than elsewhere in the country. Leonard adds that “you can get around a little easier in Taipei and in the North of the country in general, as opposed to the South, where English speakers are much harder to come across.”

Alex also shares his experience with tackling the language barrier and offers advice to other expats moving there. He says that “if you don’t speak/read Chinese, it can sometimes prove difficult to find what you want as lots of restaurants and shops may only have Chinese character signs”.

If looking for romance, most Asian brides for marriage will, however have no problem speaking English.

You may also find that there’s a language barrier when accessing the public health services which is why many expats not yet familiar with the language tend to opt for private healthcare. In private hospitals and facilities for example, you’ll find English-speaking doctors and your medical bills will usually be translated into English. To ensure you’re able to access private healthcare services easily, without incurring out of pocket fees, you may want to look into a global health package or a similar insurance policy designed for expats.

When moving to any country with a language different to your own, it’s best to get to grips with the local lingo as soon as possible – even if it’s just a few basic phrases and sentences at first. The better you are at understanding and communicating in the local language, the easier you’ll adapt, integrate and settle into your new home.

While Taiwan is home to an abundance of industries, including microprocessing, electronics, communications, technology development and industrial processing, it can be difficult for expats to find a career in these sectors. Alex adds that “it’s hard to find a good, well-paid job as an expat if you are not an English teacher. If you are foreign, most Taiwanese will assume you are an English teacher and American, as that tends to be what most foreigners are here.”

In order to secure a good job in Taiwan, you’ll need to be skilled in the industry you wish to join, have experience and a strong educational background. Being able to speak in Mandarin will also help your chances of securing a good job – even if it’s only a loose understanding of the language.

With warm winters and hot summers, the weather in Taiwan can be truly glorious, but it is also known for being unpredictable due to Taiwan’s subtropical climate. Summer sees a lot of rainfall, typhoons and thunderstorms. “Rainfall is fairly unpredictable,” says Leonard. He adds that “you could have two weeks of uninterrupted drizzle or two weeks of unanticipated bright sunshine. However, you can generally rely on the fact that the hotter it is, the wetter it will be.”

High temperatures average around 29.5°C (85°F) in the summer months and drop to around 16°C (61°F) in the winter months so it never gets too cold, but it can be very hot. Adding to this, Katherine warns that the climate in Taiwan “is pretty hot and incredibly humid, which is difficult for many Westerners to adjust to.”

Another downside to living in Taiwan is the quality of air and high pollution levels, which is mostly caused by the burning of fossil fuels. Taipei, among other major cities, is known for having high pollution levels. The vast number of scooters, which is a popular method of transport also contributes to the country’s poor air quality.

Congestion is another issue “which can be daunting for expats and people who come from smaller towns” says Katherine, due to the sheer number of scooters whizzing around bustling cities.

While Taiwan is a truly incredible country to call home, it does come with its issues. With limited job opportunities, unpredictable weather, a potential language barrier, and high pollution levels, there are some downsides to living in Taiwan.

That said, are the pros strong enough to outweigh the cons? As a safe country, home to a welcoming community, an incredible gastronomical scene, and beautiful landscapes, it’s ultimately up to you, the expat, to make the decision whether you decide to take the plunge and move to Taiwan.

The reasonable price of moving to Taiwan is another benefit that draws expats to the country. Moving costs are roughly the same as relocating to other countries in the region, such as Malaysia and Vietnam. This makes Taiwan an affordable choice, when looking for a home overseas.

A point where Taiwan truly stands out is its low cost of living, with the average rent an impressive 56.31% cheaper than in the U.S. In addition to the incredible savings on rent, other living expenses tend to be an average of 9.75% less than you would pay in the States (2). Though certain items are typically more (such as milk and gas), on the whole you can expect to save money. For instance, an 11 ounce bottle of Coke currently costs just $0.97 USD in Taiwan, with that same bottle priced at $1.89 USD in the U.S. In fact, many items are significantly cheaper in Taiwan, such as bread, a meal in a local restaurant (which will likely only be a quarter of the price) and even internet service.

View all posts by Amie Thurlow →

7 Comments on “The pros and cons of moving to Taiwan”