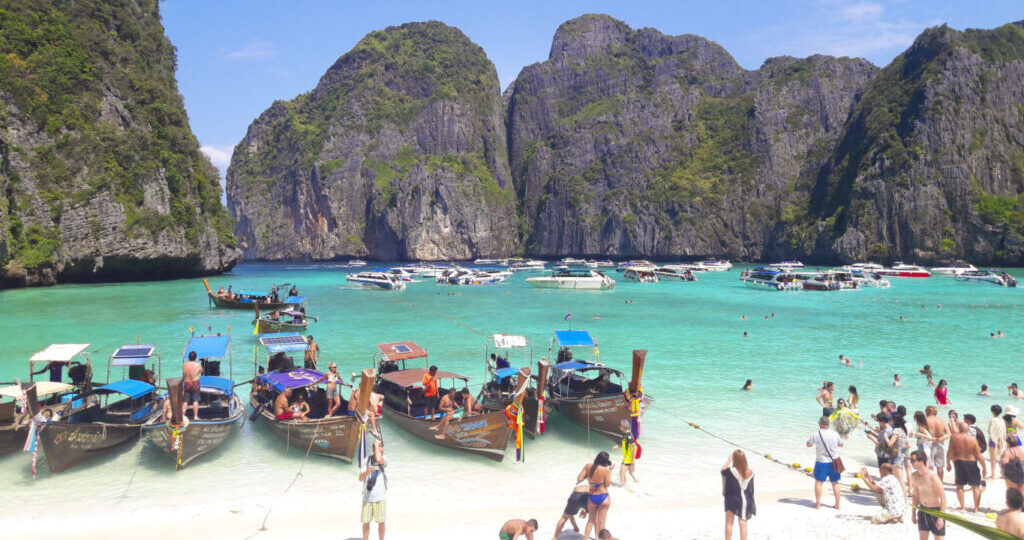 Thai environmentalists fear new rushes of tourists at Maya Bay in Koh Phi Phi Leh when the current 2 month temporary closure of the popular beach expires in two weeks on 1 October 2022. The closure was ordered by the Ministry of Natural Resources and Environment to asses the impact of the past seven months of opening. At that time, the beach had been closed for more than 3 years.

The beach at Maya Bay is one of the most popular beaches for Nordic tourists.

More than two decades ago, 20th Century Fox movie “The Beach” starring Leonardo DiCaprio was shot on the Island of Kho Phi Phi Leh in southern Thailand. At the time, environmental campaigners attempted, through court, to stop filming the movie, as they were concerned about potential ecological damage. Nevertheless, the movie’s – and the bay’s – popularity exploded, and the island quickly experienced a daily influx of 6.000 visitors.

Local authorities filed a civil lawsuit in 1999 against thai government agencies, 20th Century Fox and the film coordinator and claimed 100 million THB in compensation for environmental damage. The beach was closed in October 2018.

Danish Professor: Countries with tourism magnets such as Maya Bay face a dilemma