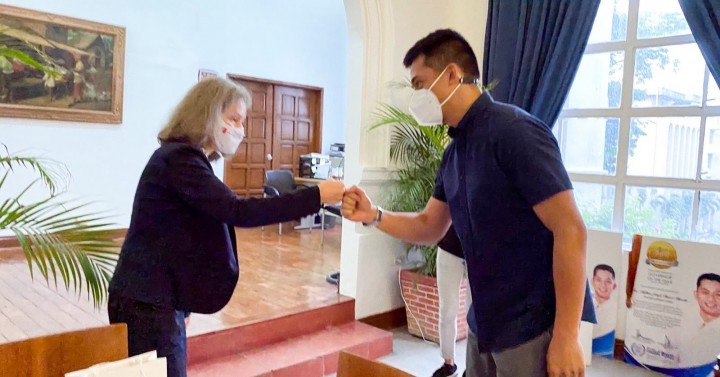 Grete Sillasen, Danish ambassador to the Philippines was impressed on her first visit to Ilocos Norte province and what she saw there left a strong impression on her, a new report said.
Sillasen and the Trade Council headed north last Thursday to visit the onshore wind farms in the province.

She met with representatives of the companies operating the three wind farms in Ilocos Norte – the North Luzon Renewables in Pagudpud, EDC Burgos Wind Power Corp. in Burgos, and Northwind Power Development Corp. in Bangui.

On Friday, Sillasen and Governor Matthew Joseph Manotoc met at the Provincial Capitol and discussed possible collaborations on renewable energy, agriculture, fisheries, and the development of smart cities.

In an interview, she said she was impressed by the province’s green landscape and beautiful beaches. “Unfortunately, I did not come here for the beaches but visited the windmill parks yesterday (Thursday) and met with the mayors,” she said, praising Ilocos Norte as a “showcase of renewable energy in the Philippines.”

“We went to see how these wind parks are being done with respect to nature, authorities, and to the people and they are expanding as well,” she added.

Denmark is one of the countries that have committed to becoming carbon neutral by 2050, passing a law in 2020 that seeks to slash its emissions by 70 percent by 2030
Northwind Power, a Danish power firm, initiated the construction of the first 25-megawatt wind farm in Bangui Bay under a build-own-operate scheme.

Aside from the Northwind project, other renewable energy firms followed suit as wind turbines have mushroomed in adjacent towns Burgos and Pagudpud. (PNA)