The National Danish Performance Team is in top shape prior to the two major appearances in Bangkok on Thursday 14 January at 14.00 at the Nimibutr Arena at the National Stadium and on Saturday 15 January at 16.00 at ICONSIAM River Park on the brink of the Chao Phaya River. Free tickets for the both these shows are available here: https://dcandasia.com/dgi

The 28 young gymnasts and their five leaders arrived Friday morning at Mermaid Hotel Bangkok for a big breakfast after a week-long tour of Isaan. The night had been spent sleeping in the bus driving through the night from Khon Kaen where they had just delivered a top-tuned show at Ton Taan Market.

Apart from the performance in Khon Kaen, the team conducted on Tuesday a workshop at Rajabhat Udonthani and visited on Wednesday Raindrop Foundation in Sakon Nakhon. A day of sightseeing in Nongkhai with the well-known local Dane Kenn Holm as their guide was another highlight of their Isaan round trip.

This ten minutes long video is from their performance in front of Central Plaza, which Kenn Helm had arranged:

Two planned activities were canceled due to COVID concerns. One was a workshop at Khon Kaen University, another was a workshop at Rajabhat Sakon Nakhon. Instead the team visited a boarding school for sports students in Sakhon Nakhon where Raindrop Foundation’s Vice President Gregers Moller discussed a collaboration regarding establishing a gymnastics college in Thailand modelled on the famous Ollerup Gymnastics College in Denmark.

Back in Bangkok, the team was on Friday greeted by members of the Thai-Danish community in Thailand who had volunteered to be their hosts for the weekend. Some had worked out elaborate sightseeing plans for the young athletes. Others had simply generously opened their homes to be a base for the young athletes during their stay in Bangkok away from the group.

During the coming week, the National Danish Performance Team will – apart from the two main shows mentioned above – conduct workshops with students at three prominent international schools in Bangkok, Bangkok Patana School, NIST International School and ISB International School. The visit to Thailand is sponsored by Grundfos, Ecco, Raindrop Foundation and ScandAsia while the world tour as a whole has a range of prominent Danish companies as sponsors.

Tickets for those events are FREE and can be found here: https://scandasia.com/dgi 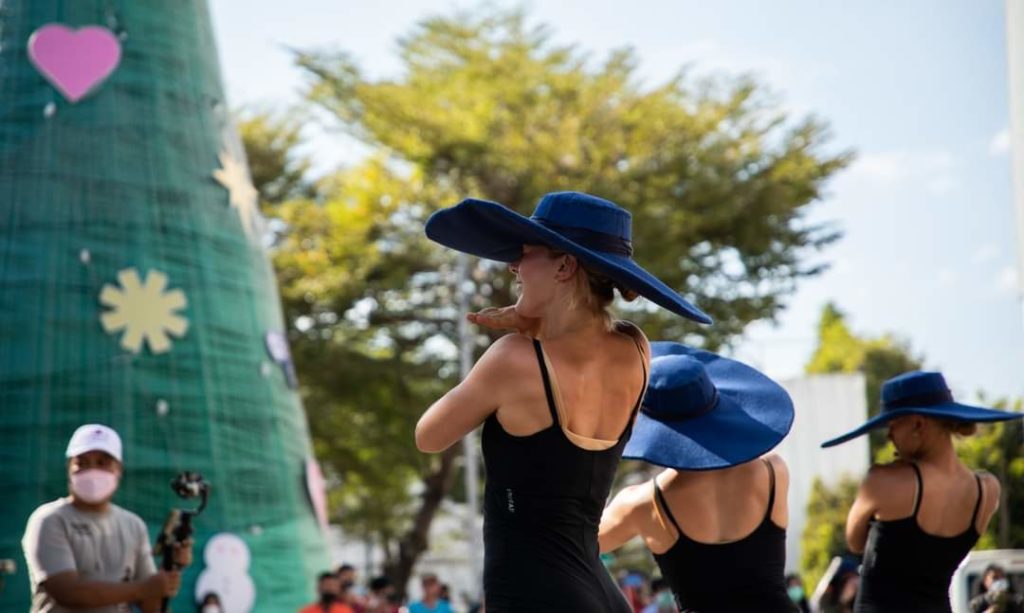