Numerous scandals in the Chinese food industry have created a market for safe and secure products. The Danish-Chinese Business Forum (DCBF) plans to use blockchain technology to create profit from this situation.

In the recent years, China has been struggling with their domestic food supply. Stories of counterfeit baby formulas, of expired or fake meat sold on the shelves of the supermarkets, horrible hygiene and little regards for the customer’s safety have surfaced in the past decades. In reality, China had more than three food scandals per year between 2003 and 2014. 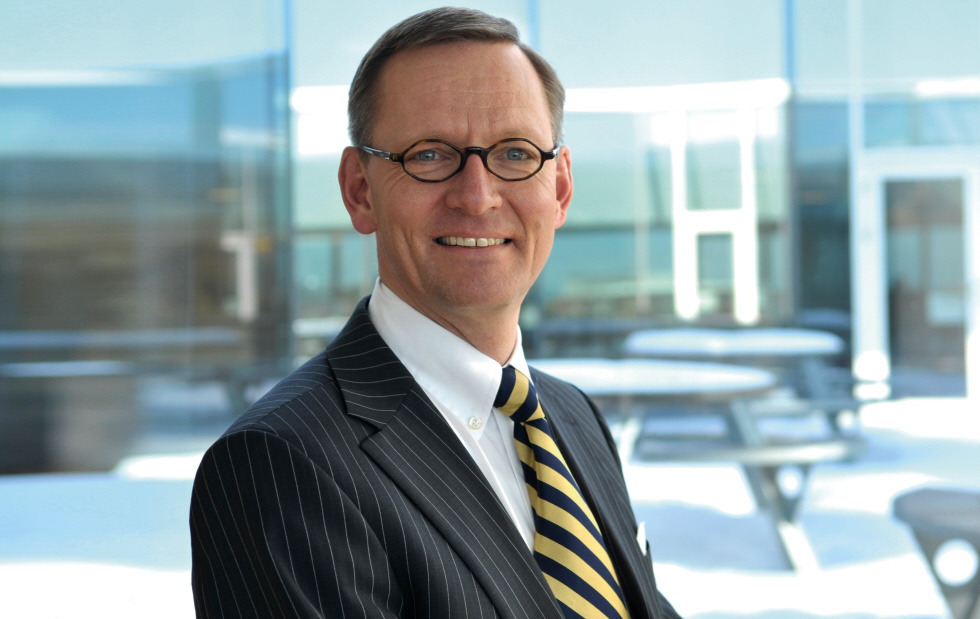 And this is the foundation of a growing mistrust among the Chinese towards their food industry. How do they know that the food they eat hasn’t been neglected, that contaminated water isn’t used in the progress and that their children won’t get sick from consuming it?

Most likely they don’t, and therefore foreign products have become much more appealing for the Chinese consumers. And that creates a market for storytelling, and that market is an overlooked platform to use the newly-crowned technology that is blockchain.

To (block) chain products to a story
“The Chinese have very little faith in their national products, and that creates a hole that Denmark could take advantage of,” Hans Henrik Pontoppidan says. He is the Secretary General of DCBF, where he assists companies in entering and thriving in the Chinese market.

And currently DCBF is working on the project Verified Danish, a project using blockchain as a tool to tell the Chinese customers that the product they’re looking at is safe, where it has come from and where it has been:

“We can use the blockchain technology to tell the consumers that the product they’re looking at is safe and that it meets the requirements of Danish products,” Pontoppidan says. So what is this blockchain stuff?
To explain why this is a pretty good idea, it’s important to understand the idea behind blockchain. It’s beyond any doubt that all of our readers have come across the term blockchain within the past couple of years. As Bitcoin (and other crypto currencies) recently began to gain popularity following its launch in the early 2010s, so did the underlying technology, blockchain.

The core concept is simple – everything surrounding it isn’t – and extremely useful in situations where the authenticity of information is crucial: monetary transactions, land registration as a measure against corruption, accounting, or, in this case, verifying the supply chain.

The name can basically be broken down into the word’s two parts, ‘block’ and ‘chain’. The first parts are the blocks. These are created to securely contain specific information. In the case of DCBF’s blockchain authenticity project, this could be product information.

This creates a line of information with an unmet level of security, generally promising its authenticity when looked upon by end-users. Authenticity is key
So they began working on the Verified Danish project. The core concept of the project is that the Chinese consumer will be able to track the product all the way back to its beginning.

Using the properties described in the chapter above, blockchain would in this instance be used to ensure the Chinese customers that the information written on the package in their hands is consistent with what has actually happened to the product; where it was created, handled, transported, and distributed.

“As soon as the pig is born it is earmarked and registered, and from there on the consumer will be able to see the journey of the Danish sausage they’re holding in their hands,” Hans Henrik Pontoppidan says.

Denmark booming in China
And the Danish intake in the Chinese market is slowly growing: From 2010 to 2017 the export to China has risen with more than 16 billion Danish kroners (2,5 billion US$) with a total worth of 29 billion kroner (4,6 billion US$) being exported in 2017, according to Danmarks Statistik.

And looking at the food industry specifically, several Danish companies have made entrance to the market. In 2018 one of Danish Crown’s subsidiaries, Tulip, opened an entirely new plant in Shanghai and that is just one of many examples of Danish businesses opening in China.

And one of the reasons for this is that Denmark has a certain image in the world. The image of blissful fields filled with corn or happy cows and pigs under a clear blue sky. And although that may not entirely be the case, that certain picture can be worth a thousand bucks: “We should be better at selling ourselves in Denmark, selling our story and showing the consumer our Danish inheritance and DNA. The Chinese demand security in their products and Denmark, as a food nation, can provide that security along with other countries already big in China, like Australia,” says Hans Henrik Pontoppidan.

Sharing experiences
Part of preparing the blockchain project is to gather and share experiences between companies interested in exploiting the revolutionizing technology. And that’s where the Danish-Chinese Business Forum comes into play.

“What we provide is a forum for our members, where they can share experiences and learn about B2C e-commerce in China. How to get entrance to the platforms, whether they are vertical or we’re talking about the large platforms like Alibaba or JD.com, or social media like WeChat,” Hans Henrik Pontoppidan says.

DCBF is a non-profit organization that provides the members with relevant courses, workgroups and networks. It is meant as a service for businesses either preparing for the great Chinese e-commerce venture or those looking to expand and learn from others and has recently added Lego and Chinese Telecom Europe to the growing list of members.