EQT Partners Asia Pacific is part of the Swedish private equity (PE) firm EQT and recommends the EQT funds on which companies to invest in. Focus is on control or co-control investments. The Chairman for the Asia operation, overseeing the increasing efforts in the region, is Mr Johan Bygge, who also possesses previous Asia experience (CEO Electrolux Major Appliance Europe and Asia Pacific). 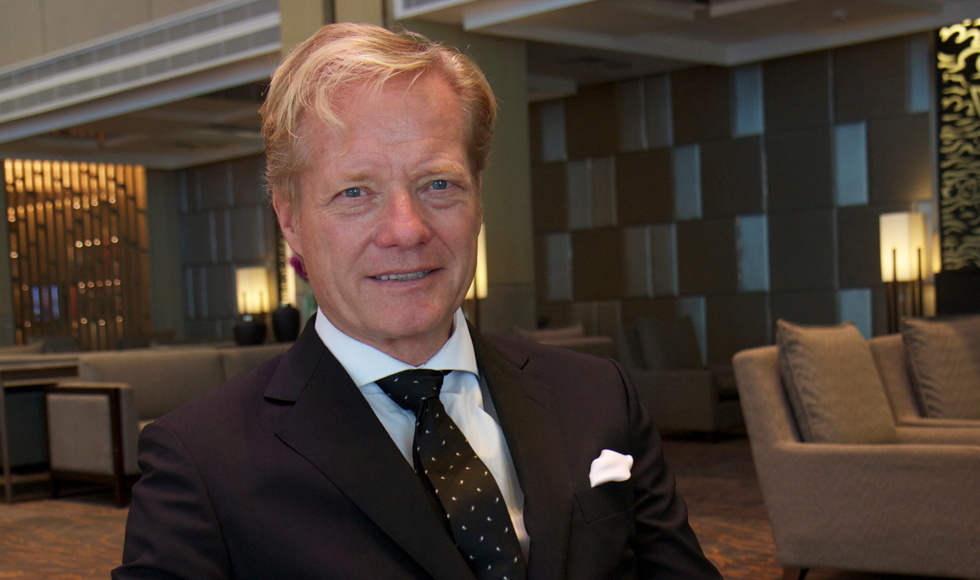 Introducing EQT, their track record so far is impressive: 25 funds raised, 400 institutional investors, around EUR 49 billion in raised capital, EUR 22 billion invested. EUR 19 billion in total sales within the portfolio of 170 companies, and with 84 exits up to now.

Mr Bygge who has been with EQT since 2011, was formerly with Investor AB (Sweden) and further back an Ericsson as well as Electrolux executive. He now covers the region from his Hong Kong base since 2016.

During his time with Electrolux he spent considerable time in the Asia-Pacific region. “Then I had my working place in Singapore but I have not brought my family out here previously, so that’s the first time,” he begins.

Today EQT has offices in Shanghai, Singapore as well as Hong Kong, as part of the advisory firms out in the world looking for investment opportunities that are then proposed to the funds for investment.

Mr Bygge says that EQT’s investment curve for Asia is increasing, now with two investment strategies in this region. EQT Infrastructure teamed up with Temasek (Singapore) in 2017 to investigate investment opportunities in Southeast Asia, India, Korea, Japan, Australia and New Zealand. Then there is Mid-Market, having invested in Australia China, Hong Kong, Singapore, Taiwan and Vietnam. Other portfolio companies in the fund structure have also invested in the region, for instance Anticimex, has invested in Malaysia and Singapore.

EQT invests in companies, in sectors and regions where it has the specialist expertise to know it can make a genuine difference through the consistent application of the industrial approach and growth strategy. EQT serves as a catalyst for change to achieve genuine, permanent improvements. “Here we look for good companies with strong future growth potential, that’s the main scenario. And you can look at when EQT generates value it is often to invest and help companies to grow and assist strategically with re-positioning and to assist in ensuring that the company becomes more effective. This work is done mostly with the help of the industrial advisor network that EQT has around the world consisting of experienced and proven executives and specialists. The Industrial Advisors come from various companies who take on Board assignments, or projects and work together with us,” explains the Swede.

In terms of sectors he mentions that that EQT invests in quite a lot of advanced service companies such as company administration work, visa application management, education or healthcare. “There is less traditional manufacturing today than it has previously been; the cost advantage is maybe no longer as poignant as it used to be.”

As mentioned, education is another segment where the Swedish PE firm as recently as in August 2017 invested in a group which owns ILA Vietnam, a premium market leader in the English Language Training (ELT); with over 20,000 ELT enrolments across Vietnam, in addition to overseas study consultancy, teacher training services and corporate English training.

There, with Johan Bygge sitting on their Board, the strategy is to support continued growth and development of the company to stay ahead of the competition. This is being achieved through enhancements of the academic product offering, learning experience and environment, and network expansion, by leveraging on EQT’s experience and network in the education sector globally.

“And there is another company in the portfolio, based in Hong Kong, called Elevate that does CSR certification of other companies; certifying their supply chains and making sure they do proper conduct, and also CSR audits on their behalf.”

Mr Bygge says there is a large need for this and where the demand on companies are increasing all the time. “I know from my own background that it is quite difficult to keep track of what is going on among one’s suppliers and third-party providers in the supply chain and that all of those behave properly. It is very important to get professional assistance!”

Other investments are within health care where EQT has listed one of China’s largest pharmacy companies on the Shanghai stock market and previously owned one of the largest x-ray chains in Australia and New Zealand – I-med.

The next country could be Indonesia. Johan Bygge has been looking around a lot and making inroads there recently. Especially Sweden’s States Visit in May 2017 is paving the way for increased investments. Such a royal visit he says creates a platform for various companies and investors to get to meet with all the key local stakeholders. 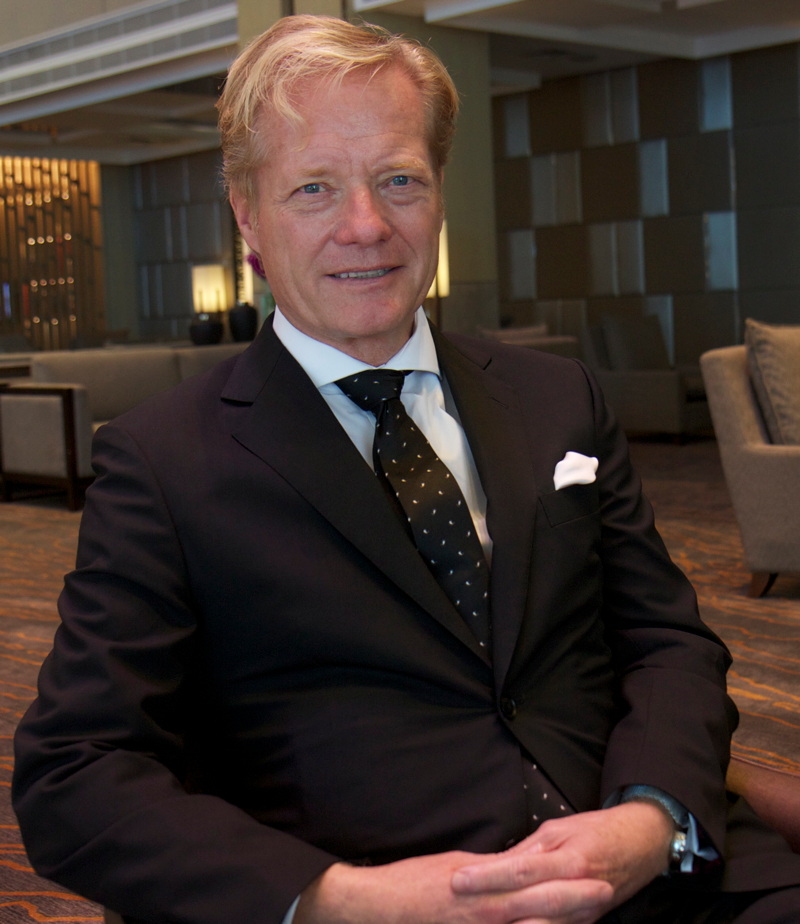 “It also gives certain legitimacy towards those you visit, and I think it is useful: we were given the opportunity both to meet with young entrepreneurs within the tech sector, and also with more traditional corporate leaders and the families and spheres that you have in the country. Then, you leave with a big bunch of business cards, and start sorting through those together with the local contacts; be it the local chamber of commerce, Business Sweden or the Swedish Embassy who have all been very helpful in Indonesia. You also meet with various businessmen/women.”

“We also have the advantage that we can turn to Swedish companies who have been established there for a long time already and get help, advice and contacts. You learn more and more and eventually you represent yourself and your brand and you might be contacted,” he adds.

Going forward, it is no million-dollar question where the growth in investments will be. Says Mr Bygge: See what the world looks like today. Where is there most growth, what does the population structures look like. Where is the capital to achieve things – and a fantastic urge to build things!? You have more of entrepreneurship in this region and the willingness to build and become successful in this region, which is great fun.”