The legendary German restaurant BEI OTTO opened on 1st December 2021 in its new location on Petchaburi Road, after having been located on Sukhumvit soi 20 for many years.

Upon arrival, all guests had to take a quick swab test before entering the restaurant. It went quite smooth and quicker than expected.  Don’t think they had to deny someone due to covid.

As a welcoming gift, we all received a ginger bread heart and a polo shirt. A live band outside on the terrace played familiar songs, the German beer was served and tasted delicious, fingerfood to start with, before the “real” dinner was served. Like you often do in German restaurants, we were seated at long tables on wooden benches. There were some women dressed in beautiful dirldl dresses as well as the female waitresses. The atmosphere was on the top and you could hear some German talking and lots of laughing.

Some ambassadors from the German speaking countries attended as well as one former Thai PM. 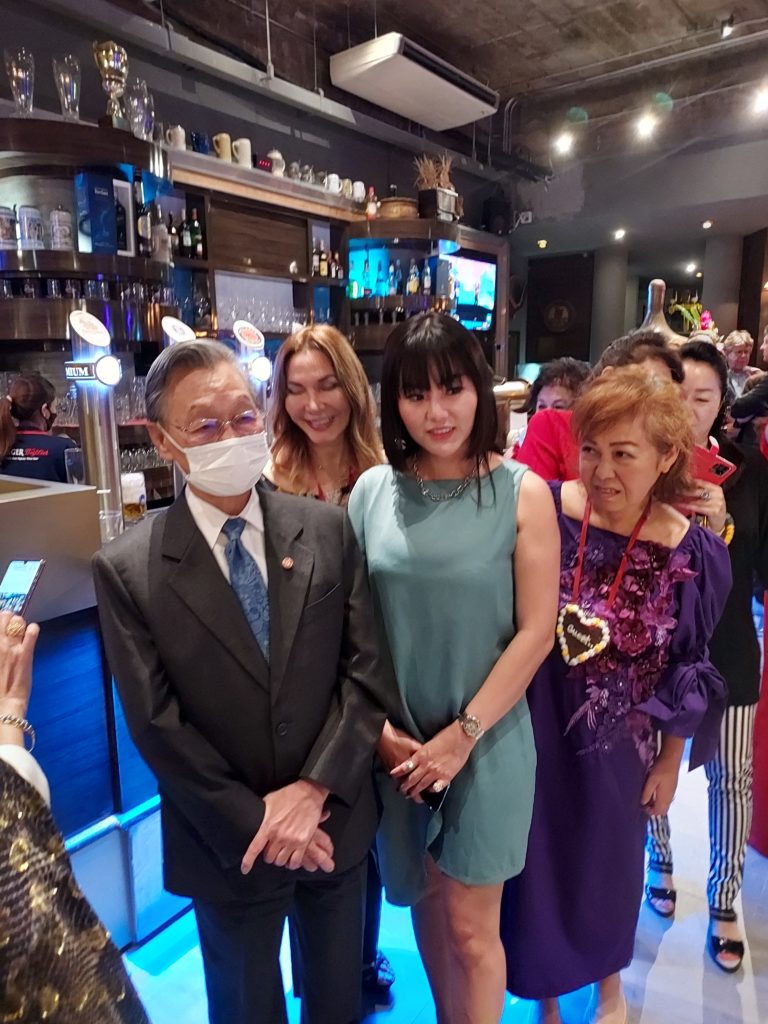 I had the pleasure to be one of the invited CLB clic, Cosmopolitan Ladies Bangkok, a group of women with different nationalities who usually meet each other once a month, having lunch, afternoon tea or dinner together. The new BEI OTTO is huge with good parking possibility. You can sit both inside and on a terrace outside by the canal. The owner Dr. Kevyn Michel welcomed all his guests with a huge smile. This traditional German restaurant has been existing in Bangkok during 37 years. If you haven’t tried German food and beer yet, pay a visit to BEI OTTO as you will not regret it, just because you are worth it!