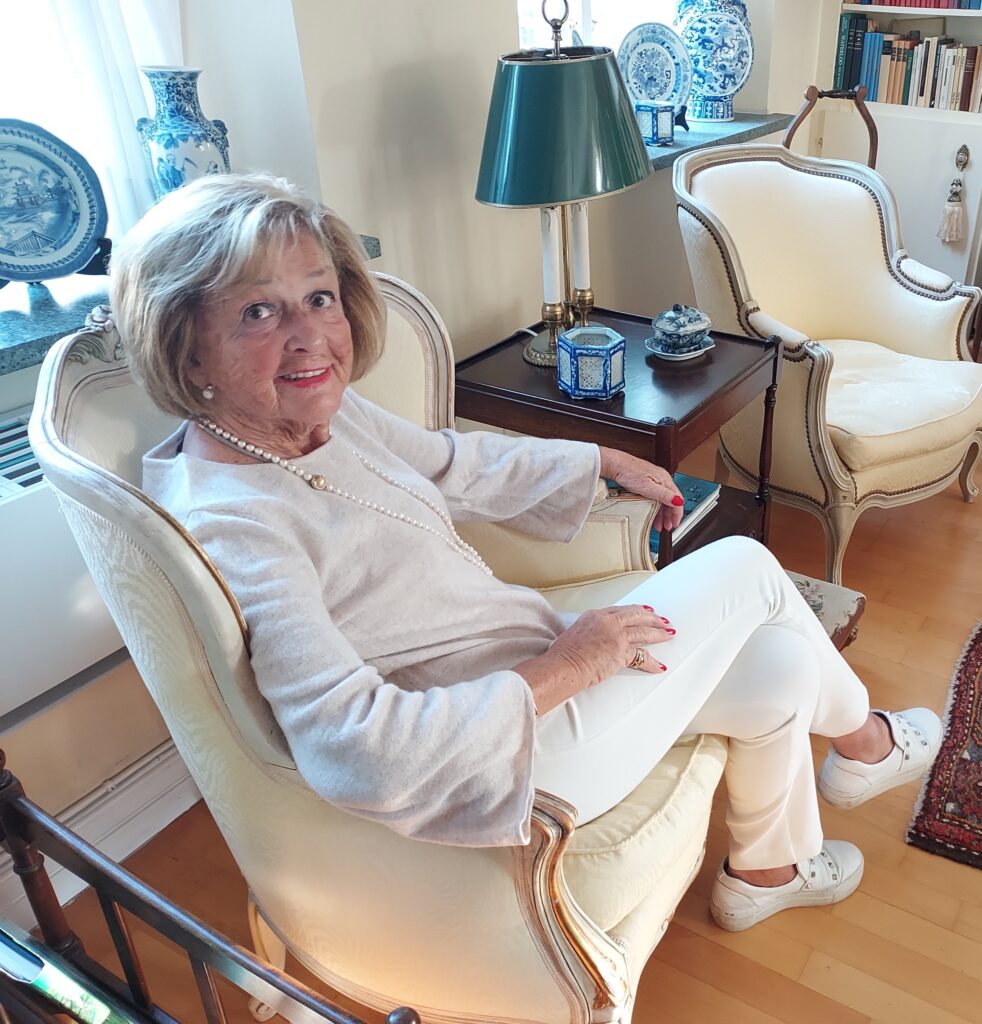 Many of us who have lived for a longer time in Bangkok have had the privilege to getting to know Berit. This unique woman had during her lifetime a huge impact on many of us.

Berit saw the daylight in Tvååker, a small place in Sweden. Here she grew up, but later on she met the love of her life, Kenneth, in Gothenburg. From here they moved to Filipstad in Varmland and there their three sons were born, Per Anders, Fredrik and Mathias. Later on, life took the family to Brussels and here they lived for18 years.  During those years, they also had their base in Skanör. In Brussels, Berit was an active mum. She took part in all her sons’ activities and she acted surrogate mother to many students who needed a roof over their heads while staying as students in Belgium. She also managed to employ herself at a hotel, where she convinced the general manager that the hotel would do so much better with her as a hostess (she was most probably right).

She had a passion  for organizing lunches, dinners and parties and no one managed to lay the tables the way she did. She could make the simplest table look wonderful and inviting with her touch.

After many happy years in Brussels, Kenneth was asked to move to Bangkok to help out at a company who needed his expertise. What was meant to be a few years, ended up being many, many years. They loved their lives and life in the country of smiles fitted them like a glove.

Here the community got to know the Swedish virtual Ewert Taube, in the shape of Kenneth. Berit and Kenneth were the couple who loved being surrounded by friends. Their home was always open and a popular meeting point for everybody. They both personified hospitality. In Bangkok, Berit soon became SWEA’s (Swedish Women Educational Association) president and she was also active in IWC, International Women’s Club Bangkok. She has done a lot more in her life than most of us, curious and always ready to explore the world.

In Sweden we have a saying: “We find many names for those we love” and in Berit’s case, it was certainly ‘s more than true. She was our “Dancing Queen”,  “The forever young” and “The little pink gold nugget” (lilla rosa gullet) the last nickname just because she was often seen in 50 shades of pink. You were the dancing queen until you took your last breath and soon you will dance like the little mermaid Ariel in your beloved husband’s arms. You were not the one who gave up easily, but at last sickness took your life. The world has become poorer.