On 29 January 2021 the Embassy of Denmark in Myanmar released a statement on peace and democratic transition, as follow:

Diplomatic organizations based in Myanmar Cooperative Announcement Of Myanmar

We firmly confirm that we support the efforts to promote democratic transformation and peace and development in the country. We are looking forward to peacefully start a new parliament and electing a new president on February 1. Their recently held election around the country Congratulations again to Myanmar citizens for historical participation. All military and other personal organizations in the country are encouraged to follow the democratic standards. We oppose any attempt to change the outcome of the election or delay the Myanmar democratic transition. We support all who are looking forward to better democratic freedom, lasting peace and peaceful speech for Myanmar citizens. 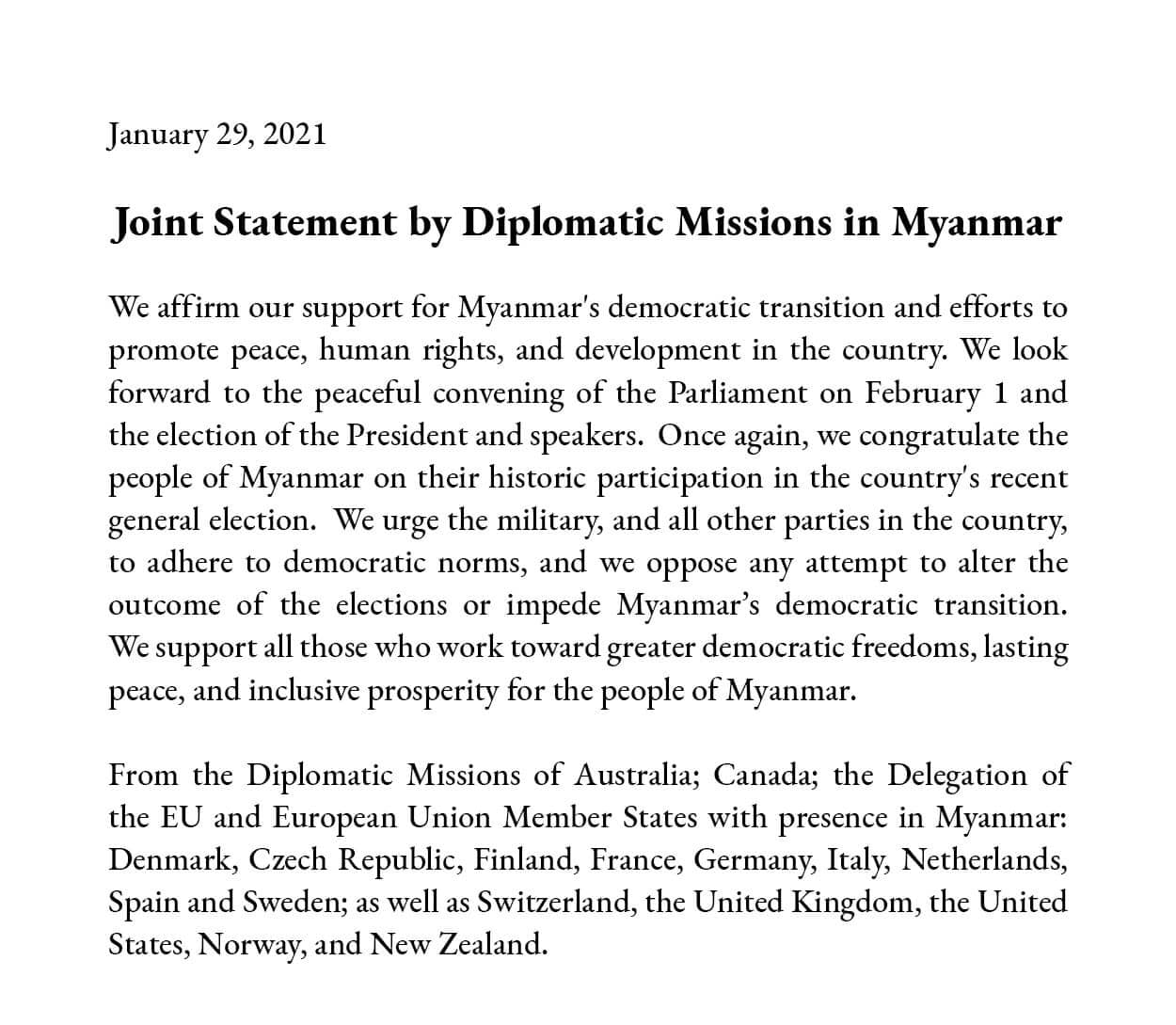