Since the beginning of September, Mrs. Satu Suikkari-Kleven has been living in Bangkok with her husband and their 8-year-old daughter. At the presidential session on Friday 8 April 2016, the President of the Republic of Finland appointed Satu Suikkari-Kleven as the new Finnish Ambassador to Thailand. This posting, the new ambassador took up in early September. 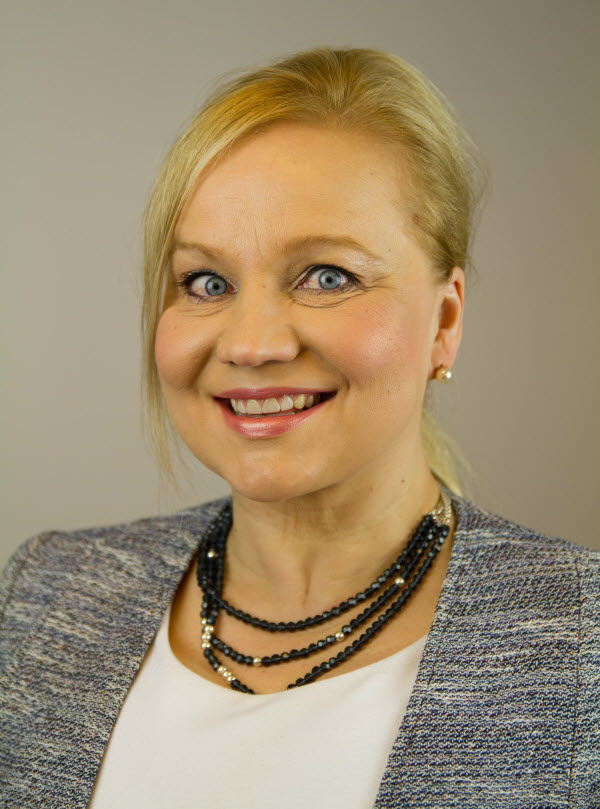 Satu grew up in a city completely different from Bangkok. Besides being the capital of Finland, there are not many similarities between Helsinki and the capital of Thailand.

“Bangkok is a much bigger and more international city than Helsinki, and there is much more space and nature in the capital of Finland,” she says and explains that you can feel like you are in the countryside five kilometres from the city centre in Helsinki. She also explains that she will have to get used to the climate and the traffic here.

“Bangkok is a fascinating city with a lot to offer in its rich culture and history.  Also the modern day Bangkok is like an adventure with something new around every corner,” she says. The fascination for everything innovative and colourful is something the two cities share.

She also explains that one of the reasons why she wanted this career is that she wants to experience different environments of different countries.

Satu has always been very curious. And it is exactly this curiosity that has brought her and her family to Thailand. That is why she applied for the job as the new Finnish Ambassador to Thailand in the first place.

So why Thailand? The new Finnish ambassador and her husband had for a long time wanted to move to Asia because they believe that there is so much happening and that it is a very dynamic country.

She explains that they chose Thailand, both because of the nation itself with nature and culture for the family to explore, but they also thought it would be good for their daughter. By moving to Thailand, their daughter would now not only have the opportunity to meet new friends from Thailand, but from all over the world, since Thailand is such a multinational country.

“This has already proven to be true,” says the ambassador

As a working environment, she believes that Thailand has a lot of opportunities to promote Finland and Finnish knowledge and products, both politically, culturally and from the trade promotion side.

Goals as an ambassador
The overall objective for an ambassador is always to tighten the cooperation between the two countries. In more concrete terms, the ambassador wants to see for instance Finnish exports to increase to Thailand, and to further increase knowledge about Finland as a country.

“I think we have a lot of experiences in Finland that have been very useful in the shaping of the society, so this is something I would really like to promote and make known in Thailand as the previous ambassadors have done,” says Mrs. Suikkari-Kleven.

During this autumn, she will set the more detailed goals for her years as the Ambassador to Thailand, Myanmar and Cambodia. She explains that education is one thing that the Finnish Embassy has been focusing on in the past years, and that this is something that she wants to continue with. She believes that there are a lot of issues relating to the Nordic welfare system, and she wants to promote the strength in this kind of system.

“Finland has a lot to offer within this, and I think that Thailand has a good demand for these kinds of technology,” she says. She explains that these things are something that she has already talked a lot about with the Finnish Chamber of Commerce, Finpro and also Thai businesses and Thai authority people as well to try to see where the matches would be best, and then focus on these areas.

Next year, Finland will celebrate its 100 years of independence. This occasion Satu will use as her first big opportunity to tell about her goals as the Ambassador to Thailand, to promote Finland and to increase the cooperation with Thailand. Little, but appreciated, leisure
Being the Finnish Ambassador to Thailand takes up a lot of time, so Satu Suikkari-Kleven has not had much time outside the Finnish Embassy. The free time she does have is in the weekends, and she cherishes these moments very much.

“I have not really had any free time yet! Other than the weekends. I spend it with my family, and until now, we have been discovering Bangkok. I am sure that for the first month, we will discover the city, go see different buildings, culture and different monuments – to discover Thai food and discover the nature. This is the most relaxing free time at the moment,” she says.

Time with the family is something she treasures a lot. Besides living with her husband and their daughter, the family has also invited her nephew to stay with them as an au pair during their first months in Thailand.

“I am the happiest when I am with my family. It can be anything, really. Playing Uno in the weekend or playing with my daughter outside,” she says and explains that she also loves doing yoga and reading, but that there has not been time for any of that yet.

“I cannot find enough minutes in my life to read everything about Thailand that I would love to – I have lots of books about Thailand,” the ambassador says with lights in her eyes seeming excited to start reading.

Leading up to the position as an ambassador
Before she became the Finnish Ambassador to Thailand, Satu has worked in a lot of different places.

She entered the Finnish foreign service in 1998. Before coming to Bangkok, she worked at the Ministry for Foreign Affairs as the Director for Public international law unit. She has previously worked at the Finnish Embassy in Oslo and the Permanent Mission of Finland to the UN in New York.

Furthermore, the new ambassador has worked at the Office of the Council of Europe Commissioner for Human Rights in Strasbourg and at the headquarters of UN Refugee Agency UNHCR in Geneva and its office in Afghanistan.

She sees her posting as the Finnish Ambassador to Thailand to be her biggest professional achievement so far.

“I think it is a great privilege to have the opportunity to be an ambassador in such an interesting country, and I am extremely happy to have been given the chance of doing it, even though I know it is not always going to be easy.”