On 28 November a Nordic milestone of sorts occurred in Hong when the Nordic Innovation House – Hong Kong (NIH-HK) was inaugurated. Its importance was also acknowledged by the very fact that Mrs Carrie Lam, Chief Executive of Hong Kong SAR graced the opening with her attendance, giving her opening address, along with Nordic ministers!

The inauguration of the Innovation House opens a significant new avenue to connect Nordic start-ups and entrepreneurs with Hong Kong and also to serve as a gateway to the wider Chinese market. Within innovation and technology the Nordic countries and Hong Kong have converging interests and great potential for cooperation.

Being the most open and international city in the Greater Bay Area, Hong Kong has a unique position by having its international know-how and at the same time having mainland China as its back-bone. The new Nordic initiative will strive to encourage more Nordic Innovative start-ups to use the Chinese market as their prototype test market for demand in Asia, by leveraging resources from Hong Kong and the Greater Bay Area to incubate innovation and technology. The belief is that more unicorn companies will be established there in the very near future.

The Nordics have a history of disruptive innovations and setting new international standards, and hence in many of the global innovative indexes, its countries top the rankings:

NIH-HK will target to bridge the Nordics’ outstanding innovations in life science, clean-tech, ed-tech and smart city to suit Hong Hong’s strategy of being a world-class innovation hub and smart city. According to Hong Kong’s strengths, the NIH-HK will also open up opportunities for social innovation and design.

Christian Bergenstrahle has been appointed as Community Director of NIH-HK to spearhead the initiative. Christian comes from a non-tech background.

I think it’s exciting first of all that they have picked someone that does not come from the tech world (which would probably have been most obvious, given that the majority of start-ups are within that) but who can enter with another perspective,” he tells ScandAsia.

Relating to this he also says: “Looking at start-ups it is also my ambition to look more broadly at innovation; social innovation and design, in order to always keep our eyes and ears open, even if the large majority will focus on tech area.”

“Succeeding with this project has to do more with being the man at the centre and having the ability to make the connections, rather than possessing all the competence on one’s own. It’s about getting to know those with the best competence within each field to generate the prerequisites for companies to succeed,” says Christian, who has been an entrepreneur for about 15 years, running own companies.

He has lived in Hong Kong since one year ago and before that travelled here frequently during five years, visiting more or less monthly. “The reason I ended up here was because I took part in Business of Design week in 2014, with one of my projects, involving art.” 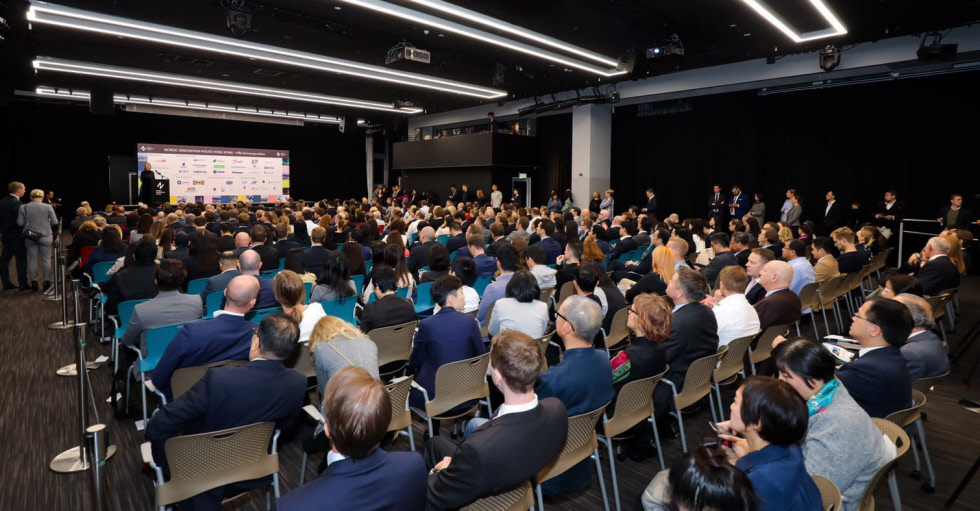 He had then come to PMQ [studios, shops and offices for creative enterprises and exhibition spaces] and has now ended up at PMQ again, where NIH-HK is based. “So things have come full circle.”

So far Christian is the only employee but into 2019 the plan is to recruit a person who can ensure local engagement by being able to converse in both Cantonese and Mandarin too. Then, long-term, the plan is to also have interns from the various Nordic countries at NIH-HK, in order to connect well with the Nordic countries.

Prior to his new role he served customers in Sweden from Hong Kong. “And I have experience in working with everything from member organisations to sponsorships as main focus area – which is about creating circumstances where there are always several winners in any collaboration. I can draw a lot parallels to that as well.”

The geographic area this Innovation House will cover is the Greater Bay, operating out of Hong Kong as the main base.

“I know the Greater Bay well from the standpoint of an incredibly expanding phase the whole area represents and the whole strength within IoT etc. Initially our focus will be on establishing an overview of the network here and then in parallel start building the relations with the Nordics,” Christian comments.

NIH-HK sits under Business Sweden and has a steering group consisting in representatives of all the Nordic countries. In Hong Kong they work with four out of the five Nordic countries; Finland, Iceland, Norway and Sweden.

“There are representatives from Business Finland, Business Sweden, the Finnish and Swedish General Consulates, Iceland’s embassy in Beijing and also Innovation Norway in Beijing.”

The first event following the inauguration was arranged with support from the Swedish company CellMark, as well as the Swedish and Finnish Chambers of Commerce in Hong Kong.

“I see this as one of the ways how we should operate; in this case partnering with CellMark that invited, facilitated and sponsored four start-ups to come here. And those four have now become members, two from Sweden Finland respectively, within medtech and cleantech.”

“In 2019 NIH-HK will have three main focus areas: IoT – given the opportunities within that in Shenzhen; Creative Industries, including gaming (which all the Nordic countries are skilled at) and fashion tech; and then medtech. So I am setting the agenda to do some things together with partners and will then also do some things on our own,” finishes Christian.