What is your personal brand? Or in other words:

What do you want to be known for?

This was one of the many questions Roger Grant asked members of Scandinavian Women’s Association (SWA) and friends at the ”Work made personal”-workshop on Thursday 19 May 2016. Roger and his wife Sophia Chin own PERSONNA, where they make a living on helping people find their inner talent and professional success, and that was exactly what the Scandinavians were interested to hear more about. How do you know, it you are using your personal brand to its full potential? And, how do you use your full potential?

Many of these questions along with others are usually not answered fast, but Roger Grant encouraged the ladies and the one male attending, that they were better not to overthink each question. Sometimes the true answers appear automatically, which also makes the person more authentic and honest. And even hard questions can quickly be answered, or at least creating an idea to an answer, when you’re working within a time limit. Roger handed out a “destination postcard”, a blank card which participants should craft with a drawing and a letter from their future self on where they want to see themselves. He started a timer, and within 5 minutes the ladies and the man had to answer 5 questions regarding their dreams and goals.

Colorful pens, post-it notes and wine-filled glasses flourished on the table, when the workshop guests wrote their postcards. Intensity and creativity were blooming, and by sparring with each other the participants were inspired to see new ways on how to strengthen their persona, and what person they want to become in the future.

One of the attendees was Norwegian Silje Kalsaas, a new member of Scandinavian Women’s Association. Being new to Singapore, she believed the workshop was inspiring.

“The workshop was very motivating. It was a great confirmation on the belief of making a great career,” says Silje Kalsaas.

The workshop consisted of both networking with wine and cheese, practical assignments, and group discussion. For Betina Falster-Hansen, owner at DANSK SG, the evening sped by all too soon.

“I really enjoyed the workshop, but I think this subject on personal branding deserves more time than one evening,” she said.

Roger understands her. “This is just the tip of the iceberg,” he said. PERSONNAs workshops are based over several days, and it is up to the individual to decide on how many workshops he or she wants to join. The personal brand is a constant developing feature, why it is always good to ask yourself questions on where you want to go in life, and if you have to change direction to meet your own wishes. It’s easier to brand yourself, when you know what you want. “Be consistent,” says Roger. Although, in a world with never ending options, it can be difficult to find that one thing. One of the Danish participants, entrepreneur Marija Avdic, founder of Creative2, believes this can be solved with action.

“Maybe you don’t know it’s the right thing now, but give it a chance to see how much you like it. Find something you think is interesting, and make it a project. You don’t have to know all about it, but aim to make it your key project. Make it that something, that wakes you up happy in the morning, determined to do it. You never know if you don’t try. Take action,” she says. 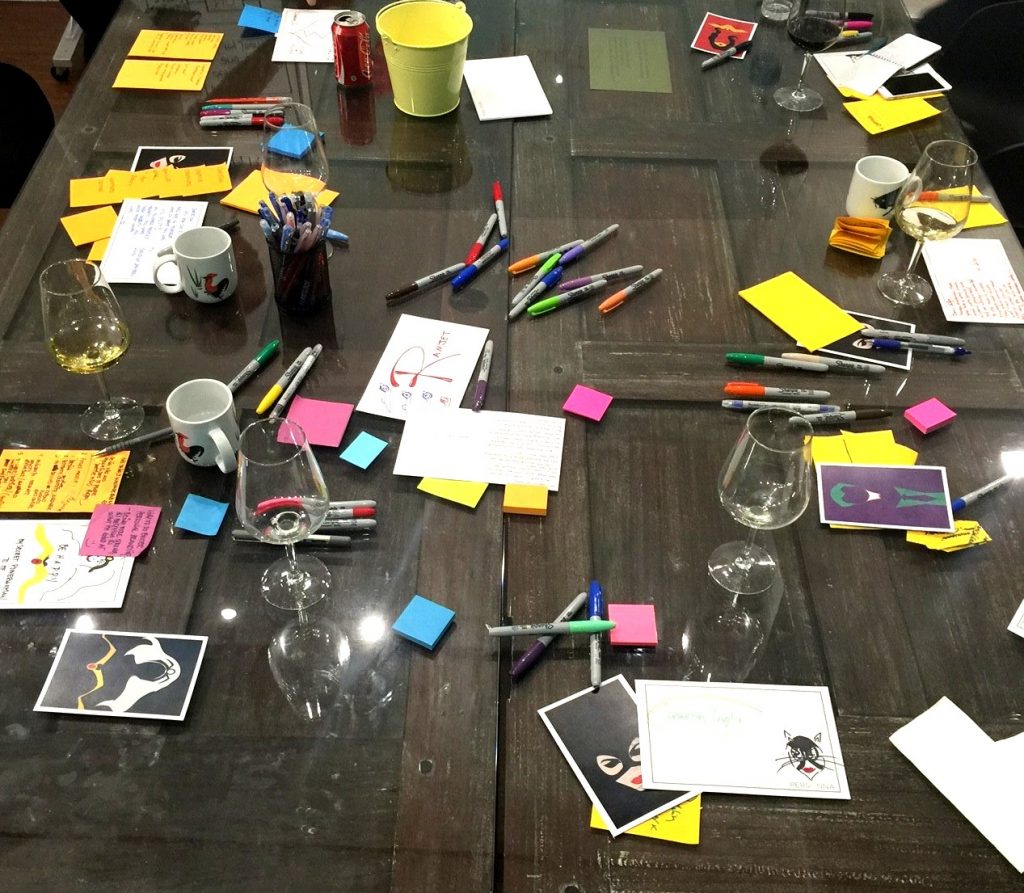 Taking action was also one of the points in the workshop, which the drawings, the letter writing, and the discussions showed.
The event was hosted by Scandinavians Women’s Association (SWA) with the aim of giving the opportunity to discover and unlock their personal brand, and as a change, it was not only women who attended the workshop. Daryl Dunbar attended as only male, but enjoyed the evening as much as the ladies. The President of SWA was so impressed with the workshop, and wants to repeat the success. “We will absolutely host another Personal Branding workshop again. We hope to repeat this event again in Fall, so newcomers to Singapore will have a wonderful seminar and also give them the chance to create a network in the very beginning,” says Maria Therese Hedenborg. On a yacht, SWA raise money for challenged youth