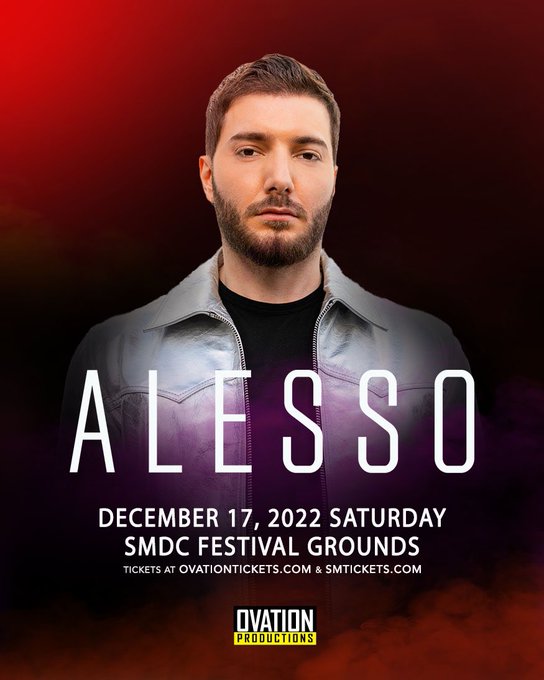 Ovation Productions recently announced that the Swedish DJ, Alesso, will have his concert at the SMDC Festival Grounds, in Manila, the Philippines on the upcoming 17 December 2022.

Previously, in September 2016, DJ Alesso had his first Philippine concert as a part of the “Road to Ultra Festival” at the Mall of Asia along with many other artists.

“In My Feelings” is his newest single of  2022 featured house producer Deniz Koyu.

This year concert’s tickets and VIP spots will be available to purchase on SM Tickets’ and Ovation Ticket’s official websites, though the date of their release will be announced later.