Top U.N. human rights official, Michelle Bachelet, recently raised concerns with Chinese officials about the impact of the broad application of counterterrorism and deradicalization measures on the rights of Uyghurs and other predominantly Muslim groups in China’s Xinjiang region.

Bachelet, who visited the northwestern region as part of a six-day trip to China, said the visit was not an investigation but a chance to have direct talks with senior Chinese leaders and pave the way for more regular interactions to support China in fulfilling its obligations under international human rights law.

“It provides an opportunity for me to better understand the situation in China, but also for the authorities in China to better understand our concerns and to potentially rethink policies that we believe may impact negatively on human rights,” she said in a video news conference before leaving the country.

Bachelet’s measured words, while expected, did not satisfy activists and likely will not sit well with governments such as the United States, which have been critical of her decision to visit Xinjiang.

China’s ruling Communist Party, which has vehemently denied all reports of human rights violations and genocide in Xinjiang, showed no sign of being open to change in a government statement on the trip. 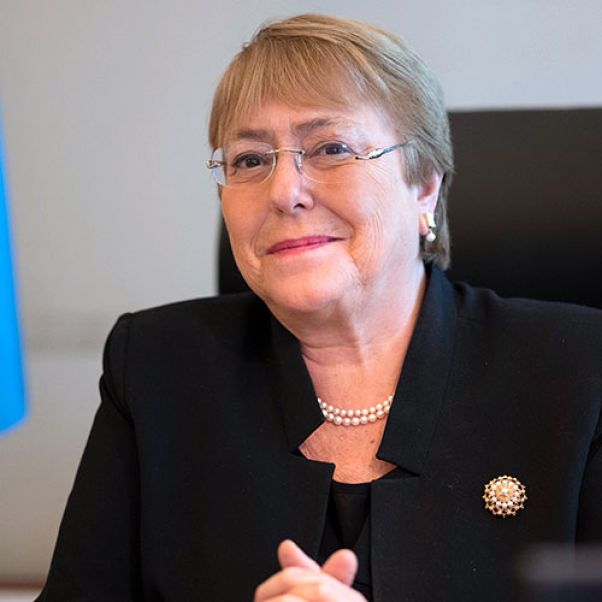 The statement, attributed to Vice Foreign Minister Ma Zhaoxu, accused some Western countries and anti-China elements of fabricating sensational lies about Xinjiang under the guise of human rights. It said that the government had adopted lawful measures to combat violent terrorism and brought security, stability and prosperity to the region in China’s northwest.

“The Chinese side pointed out that essentially, Xinjiang is not at all a human rights issue, but a major issue concerning upholding national sovereignty, security and territorial integrity,” the statement said. “All ethnic groups of Xinjiang belong to the family of the Chinese nation.”