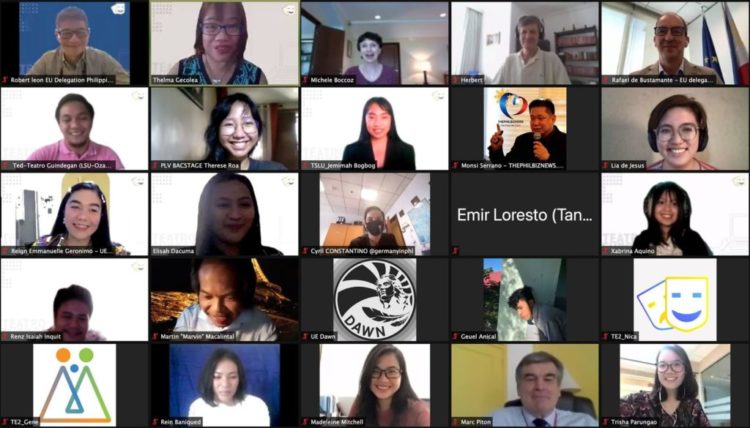 The Embassy of Finland in Manila recently announced that the Teatro Europe PH festival is back again this year and will showcase European theatre plays preformed by Filipino University students to promote Europe’s rich culture and heritage.

Teatro Europe PH festival was launched for the first time last year by European Union (EU) Delegation to Manila, along with EU member states’ embassies and cultural institutes including, amongst others, the Embassy of Denmark in the Philippines, Embassy of Sweden in Manila, and the Embassy of Finland in Manila.

The festival is a two-month-long festival of stage performances and the Embassy of Finland in Manila writes that table reads started 16 July and will run until 30 July. From 1 August to 31 August full video performances will be showed and re-runs will run from 1 to 30 September on Teatro Europa’s official Facebook page.

During the festival European theatre plays from famous playwrights will be showcased by students from 16 Philippine Universities. The famous playwrights are carefully curated from several countries including, amongst others, Denmark, Finland, and Sweden. The theatre plays focus on genres such as comedy, tragedy, drama, and romance and according to the Embassy of Finland in Manila, Broken Heart Story, written by Saara Turunen, will be performed by University St La Salle during the festival.

In a press release earlier this month, EU Ambassador Luc Véron said, “Theatre is a mirror of all human emotions and helps to better understand Europe and its culture, from the plays, played in ancient Greece to the current online performances. Teatro Europa provides a platform for artistic Filipino youth to share their talents in acting, directing, and production design.