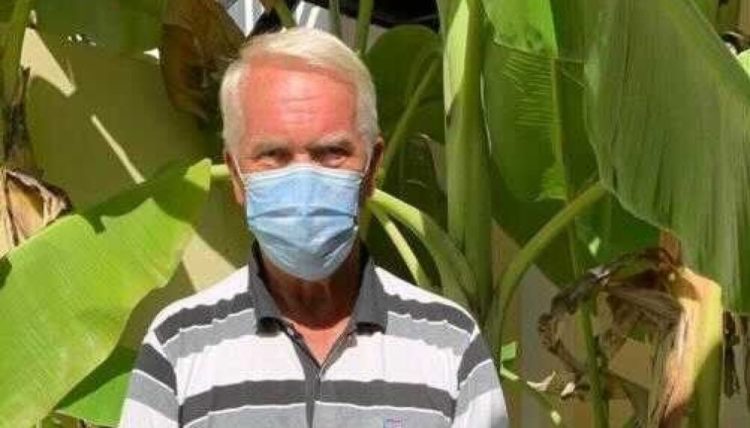 77-year-old Norwegian Knut Hauslo lives in Pattaya, Thailand, and has still not received a covid-19 vaccine. He is part of a group of elderly Norwegians who are permanent residents of Thailand that hope that the Norwegian government will help them gain access to a vaccine.

Knut Hauslo is secretary of The Scandinavian Society Siam, who earlier this week in an open letter to Prime Minister Erna Solberg and the other prime ministers of the Nordic countries asked that the Nordic community in Thailand receive vaccine assistance.

In the letter, The Scandinavian Society Siam writes that the official vaccination program in Thailand does not include foreigners, neither the elderly nor those with underlying diseases unless they have a work permit. The many retired Nordic residents are therefore in danger until at best October.

In an interview with Norway’s Dagbladet, Knut Hauslo explains that he believes to be at risk as a result of the pandemic. Knut Hauslo came to Thailand over 20 years ago and worked for the Norwegian company ABB (later Aibel) until he retired. His wife is also retired but has previously worked for both the Danish and Norwegian consulates in Pattaya, as well as the Norwegian embassy in Bangkok. Until 2019 Knut Hauslo paid full tax to Norway and last year he also paid some tax to Thailand.

He describes the corona situation in Thailand as serious. He says that the infection pressure in Thailand is very high at the moment. The hospitals are full and the test capacity is close to bursting. Knut Hauslo doubts that it’s possible to detect all infected via tests and can not rule out that the actual number of infected is higher than reported.

“The city we live in is clearly a ghost town. There is hardly a single tourist left here, and most of the beaches have been closed, but have now reopened. All of the bars and entertainment venues are closed, and the few that are open have very poor sales. Before the pandemic, tourism flourished here, and there were more than one million people here. Now there are almost no people left,” Knut Hauslo says.

“Several of us who live here are older and are here for health reasons because the climate in Norway is not adapted to our health. I am in an age group that has a relatively high probability of serious coronary heart disease. In addition, I have previously had bowel cancer, and I struggle with high blood pressure, heart fibrillation, and occasionally high heart rate,” he explains.

Knut Hauslo adds that the average age of the members of The Scandinavian Society Siam is around 60 years and that others in the association have even more serious diseases and are very prone to coronary heart disease and very afraid of being infected with Covid-19.

Knut Hauslo says that they have not got any feedback from the Norwegian government regarding the letter. He says that they are aware that vaccines are allegedly offered to foreigners in Thailand but that it is AstraZeneca or the Chinese vaccine, “and neither my wife nor I am interested in any of them,” he says. And adds, “At the same time, we know that there are many other permanent residents here who have tried to get the vaccines from the Thai authorities, but we know only very few who have succeeded,”

Because of all the Covid-19 travel restrictions both in Thailand and Norway, traveling back to Norway to get vaccinated will present several challenges for the couple and therefore also not an option.

Dagbladet has asked Minister of Health and Care Services Bent Høie whether it is appropriate for the Norwegian authorities to assist the Norwegians living in Thailand with Covid-19 vaccines and according to the Minister it is not. “If Norwegians abroad do not receive the vaccine where they are staying, then they should travel home to Norway to be vaccinated. That’s the way it has to be. We do not have the opportunity to vaccinate Norwegians abroad besides the people who are in very socially critical functions, he says.

Knut is not surprised by the Minister’s answer but says that he would have greatly appreciated it if the Nordic countries could have provided the request. “We are willing to pay for it, and we would all greatly appreciate it if they could help us,” he says.

“France has already started vaccinating its citizens in Thailand,” he adds. “We have to relate to the countries we come from, and if the Nordic countries do not want to help, but French authorities do, then all we can do is sit here in envy,” he concludes.