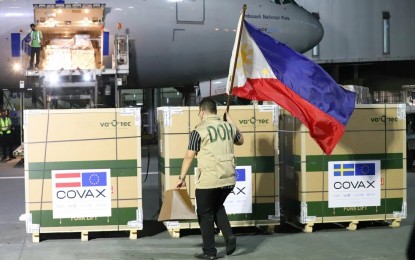 Another European covid-19 vaccine donation recently arrived in the Philippines with 3,789,600 doses of the Janssen vaccine from Sweden, Austria, and the Netherlands, GOV.PH reports

The shipment arrived on 14 December and speaking on the matter at the Ninoy Aquino International Airport, Swedish Ambassador to the Philippines Annika Thunborg said it was a pleasure for her to personally witness the arrival of the vaccines, about 1,512,000 doses, donated by Sweden through the COVAX Facility.

“We will also donate at least six million non-earmarked vaccine doses in 2021, 1.5 million of these doses will go to the Philippines as you have seen in this shipment, and we want to thank the Department of Health, Secretary (Carlito) Galvez, of course, my dear colleagues from the European Union,” Ambassador Annika Thanborg said. “Vaccine equity is key. No one is safe until everyone is safe,” she added.

World Health Organization (WHO) representative Rabindra Abeyasinghe was also present at the arrival and praised the European countries for their donations as they would help increase the number of fully vaccinated people in the Philippines.

“As we mentioned before, this is a unique window opportunity we have to protect as many of the vulnerable people as possible. So that they are better protected when the Omicron variant eventually arrives here,” he said.

According to Rabindra Abeyasinghe, COVAX is to deliver a total of 14 million vaccine doses this week which brings the total number of deliveries through the facility to more than 50 million doses.

“This is much more than what COVAX promised at the beginning of the year when we promised to protect 20 percent of your population. We want to continue to partner with the government of the Philippines in your successful vaccination effort to ensure that every Filipino is protected,” he added.

Sweden supports peacekeeping in the BARMM

One Comment on “Sweden and other EU nations donate nearly 3.8M vaccine doses to the Philippines”