The Crown Prince and Crown Princess of Denmark continued their programs on supporting potential cooperation between Denmark-Vietnam during their second official visit to the country.

On their second day in Vietnam, both Royal Highnesses had their individual schedule to fulfill, the Crown Prince’s main focus was about offshore wind energy and the Crown Princess’s was energy efficiency. Starting with the Crown Prince Frederik, His Highness along with the Danish business delegation visited Hai Phong province and were welcomed by Chairman of the municipal People’s Committee Nguyen Van Tung on Wednesday, 2 November 2022.

The visit will contribute to strengthening the Vietnam-Denmark partnership as well as creating new cooperation opportunities between Hai Phong and Danish partners, said Mr. Tung.

The Crown Prince, for his part, affirmed that Denmark always regards Vietnam as a bilateral partner and an increasingly important player in global efforts against climate change, reported Vietnam Plus. During the visit, His Highness attended the trade and investment promotion event on offshore wind power, visited the largest industrial port of Hai Phong, and participated in a workshop, “Offshore Wind for Kids” on Do Son beach.

“His Highness helped the children construct their own miniature wind turbine and tested their floating support structures in the water,” shares the Danish Embassy in Vietnam. 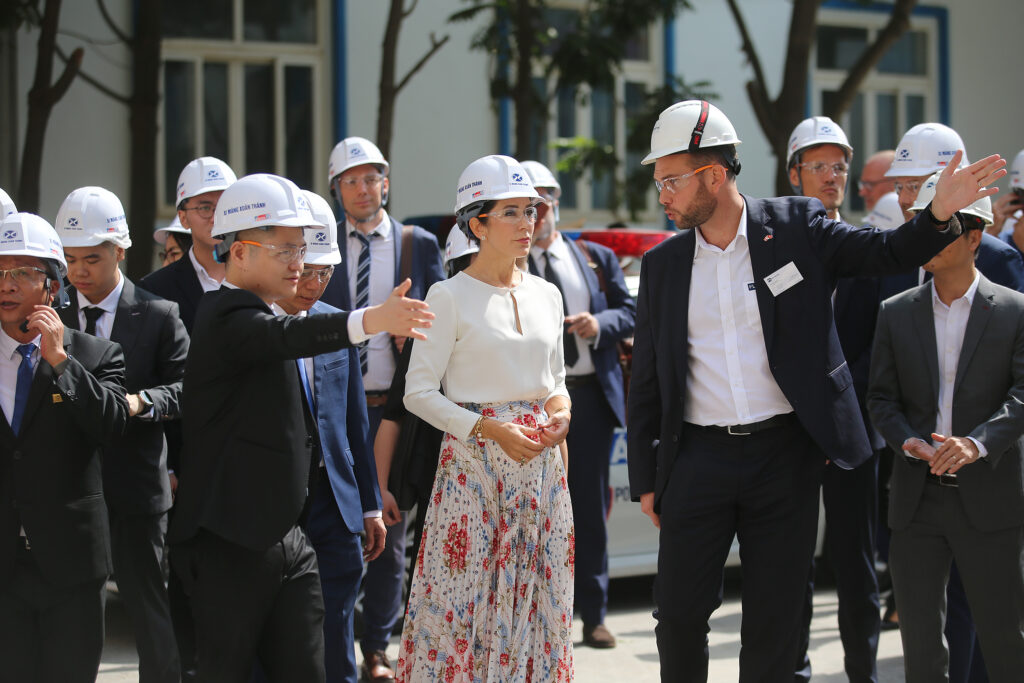 On the Crown Princess Mary’s side, Her Highness’s day was as active by paying a visit to Xuan Thanh cement plant, one of the largest cement factories in the world with the Danish business delegation to gain more insights into how energy efficiency solutions can be implemented in the production of cement.

Her Highness also attended the Vietnam – Denmark networking event on energy efficiency, participated in a courtesy meeting with representatives from Hà Nam’s People as well as participated in the workshop “Build The Change” hosted by the LEGO foundation in Thanh Nghi elementary school in Ha Nam province.

Besides engaging in both countries’ cooperation on sustainable development and Danish green business promotion, the Crown Prince couple also valued the importance of cultures Vietnam has to offer. 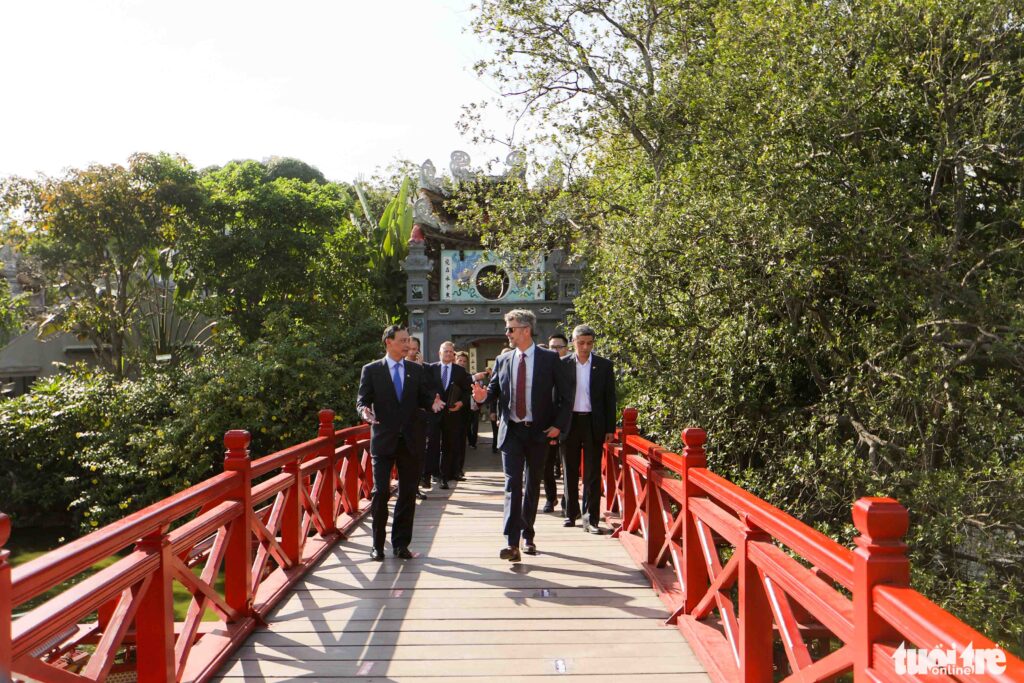 According to Tuoi Tre News, the Crown Prince, accompanied by Vietnamese Ambassador to Denmark Luong Thanh Nghi and business representatives from more than 30 Danish companies went to Hoan Kiem Lake and visited The Huc Bridge and Ngoc Son Temple. His Highness experienced the making of Dong Ho folk paintings and went to watch a show at the Thang Long Water Puppet Theater on Tuesday. As today is to be the final day of the royal visit, their Highnesses will visit Danish companies in Binh Duong province and Ho Chi Minh City. The Crown Prince couple will visit the new factory of LEGO and the furniture ScanCom’s showroom in Binh Duong. Plus, they will participates in inauguration of Vestas’ new office in Vietnam, meet with representatives from Ho Chi Minh City, and later join Carlsberg’s 175th anniversary celebration.

Ultimately, the entire trip of the Crown Prince couple to Vietnam has been as memorable and successful from the beginning to end.

With the aim of tightening the friendship and partnership between Denmark and Vietnam and seeking more potential collaboration for both countries, it is clear that there are more rooms for new opportunities the two countries can corporate whether in wind energy, energy efficiency, and many more areas on sustainability.

Thus, in also celebrating the 50th anniversary of their diplomatic relations, this official trip has shown how ready Denmark and Vietnam are to work hand in hand for making better changes happen and “continue to plant seeds and grow and develop our relationship to the benefit and joy of our two countries” like how the Crown Princess stated, in the more 50 years to come.

The Crown Prince Couple of Denmark arrives in Vietnam