Finnair is nearly broke after a ban from Russian skies, a news report said recently.

The airline has incurred financial losses from having to fly around the world’s biggest country. Finland’s flag carrier Finnair has reportedly become the latest casualty of the sanctions war between Russia and the West. The airline suffered heavy financial losses due to the forced necessity to fly around Russia, after the country closed its airspace in retaliation to Western sanctions.

Since the beginning of 2022, the operating loss of one of the world’s oldest airlines amounted to 133 million, of which 51 million in expenses fell on fuel costs, the Finnish newspaper Helsingin Sanomat reports.

EU countries and a number of other Western states closed their airspace to Russian flights after Moscow launched its military operation in Ukraine in late February. Russia responded in kind, banning the airlines of 36 states and territories from its skies and, in so doing, closing the traditional routes from Europe to Asia to Western carriers. 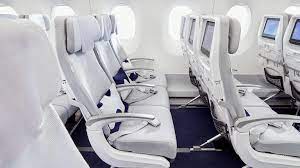 The tit-for-tat restrictions have forced airlines in Europe to re-route flights, and have deprived some nations of the monthly air navigation fees that they used to receive when flights from neighboring states passed through their airspace.

Since December 2021, Finnair’s fuel costs have reportedly surged from 30% to 55% of its total expenses. Apart from a nearly twofold increase in prices, the Finnish airline has faced the need to change air routes.

As a result of closing skies Helsinki has lost a key advantage over other Scandinavian countries – the shortest distance to China, Japan and South Korea. Some flights to the Asia-Pacific region, which had been generating for Finnair up to 50% of its profit, were canceled. The journey to Japan that previously took about nine hours now takes 13 hours.

Moreover, the loading of Finnair planes has also significantly dropped due to the absence of Russian tourists, who used to make up about 20% of its passenger traffic. Meanwhile, EU residents have slashed their travel spending amid increased economic instability, with a reluctance to fly exacerbated by constantly rising cost-of-living expenses.

Thai airways cancels certain flights to Scandinavia due to COVID19

Flights advisary for travellers in Philippines