“The way we network is changing now and it will probably be with us for the rest of our lives; it will be a different networking landscape when we come out of this,” believes Nick Jonsson from the knowledge-sharing network Executives’ Global Network (EGN) in Singapore. 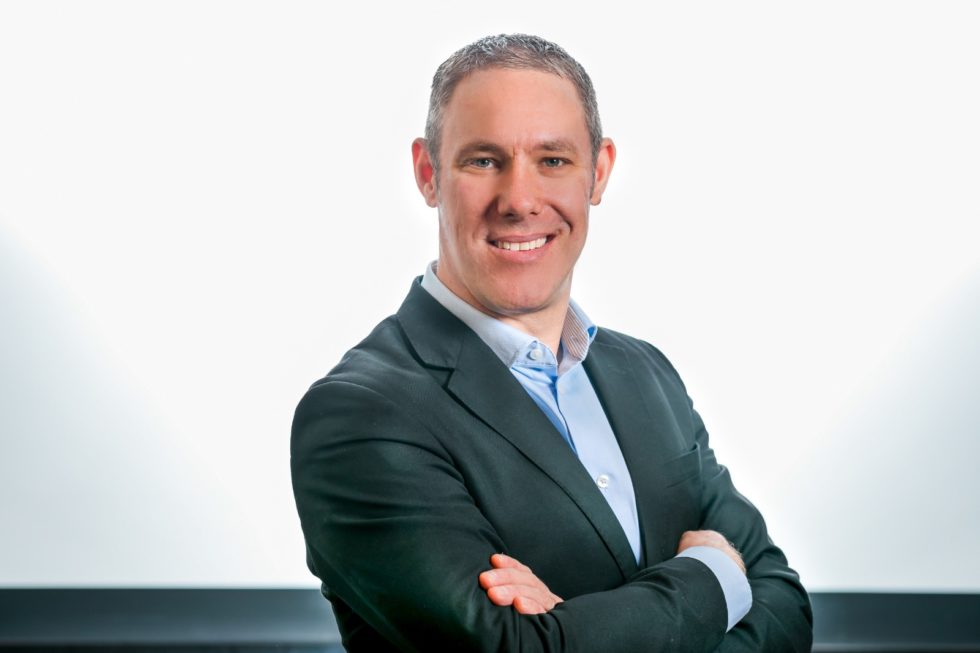 The Swede, whose career in Southeast Asia is already long and successful, has also just announced some positive business news amidst the Covid-19 virus crisis, and that will cement his own continued presence in Singapore.

Nick Jonsson, along with his partner/wife Dona Amelia and also Mr AJ Boelens (who was himself a member of EGN for quite some time) have just acquired the franchise rights for EGN in Singapore.

EGN is one of the largest global professionalnetworks with 13,500 members including over 70 professions (also with presence in Denmark, Germany, Australia, Hong Kong and so on).

The franchising model means that the member experience remains the same, as part of the EGN group in Denmark. “The only difference is that my partners and I have the franchise rights here for Singapore, which is obviously a higher risk for us but it’s also a bigger opportunity in terms of the business because before I was employed and reporting to Denmark,” Nick tells ScandAsia.

“AJ, my Canadian friend, really enjoyed EGN as a member. He is actually a consultant in customer centricity so he is a strategist who also runs his company and also works as professor at Nanyang Business School. What I really like with his approach is that he brings in the strategic element and the customer centricity into the business. My wife Dona and I are close to the business, running the operations, so it’s good to get someone on board with a different perspective when you’re going to move forward, especially in this time of disruption with Covid-19 crisis, which of course is generating a lot of opportunities as well.”

“EGN Singapore has seen steady growth during the past few years. We have added some more members inside the peer groups because we found that when there are more opinions and members around the table there are also more opinions and energy as a result. We made the groups a bit larger while still maintaining the same business model and groups as previously.”

The outbreak of Covid-19 forced EGN to cease having physical meetings and instead switch to holding the network sessions virtually (using Zoom), something that had also been tried previously but without much success, informs Nick.

“It’s just that hurdle to overcome that something is now online. What was pushed as trial a few times within EGN is now working really well, so that is one positive change we have seen during this time. We found a way during this lockdown period to move to online because all business teams have done so anyhow.”

“At first I was quite scared to make this move but actually I have been positively surprised and we are seeing higher meeting attendance and engagement than before, simply because our members are regional heads and VPs and above, and they are travelling a lot so it’s very difficult for them to attend meetings face to face, but when it’s online it will be a bit more easy for them.”

Obviously currently nobody can travel, and the impact from that has so far not been hurting businesses too much, according to Nick.

“Everyone can postpone trips for a few months, but if longer than that it will start turning into huge issues. For expats living away from home in another country they need to go and see their family. So, on a personal level it will become really difficult in the months ahead unless international travel come back on. But for organisations as well there are lots of things that were put on hold. Here in Singapore, by 1 June there are lots of expectation from the business community that they will at least get to see a plan when they can start to travel internationally again, because a lot of business projects were postponed and it will cause further huge damages to the economy unless we can start travelling soon.”

Meanwhile, everyone has been forced to move online and hold meetings virtually; such as business discussions and other internal communication. “You cannot just delay everything and sit and wait for international travel to come back on because we have no indication of when that will happen. But what we are seeing is that when it does return a lot of the work that we used to travel for before, let’s say internal sales meetings or a kick-off for your sales team, we won’t necessarily do in the future, because you can do it online.”

“Internal meetings will continue online but perhaps you have clients in a country and sometimes it is very difficult to replace the human interactions, so some form of travel will need to come back on,” adds Nick.

Not only EGN but also other networking organisations are all moving online:“You can see that there are more webinars everywhere and perhaps a webinar overload for many people now. But at EGN it’s very important to have engagement and we make sure that this is done by having facilitators to run each session. For example, we open each meeting with a half-an-hour networking, structured in different breakout groups with 5-6 members in each and with a theme to discuss. When they come back they can highlight what was discussed.”

“The way in which we network is changing now and that will probably be with us for the rest of our lives; it will be a different networking landscape when we come out of this [Covid-19 lockdown].”

Indeed also EGN hosts webinars but is merely a temporary replacement for the regular cross-functional events held for all groups. As members business leaders and other managers can get qualified, and confidential, advice and feedback on any concern, issue or on-going project. In their respective group they can get objective input and knowhow from other executives (and also from invited experts) who can share experiences from similar situations. This often leads to problem-solving and finding a path forward.

Unsurprisingly, the impact from the global virus outbreak has been discussed in many sessions recently. Sessions were held for instance on ‘Leadership during a crisis’ and the future and rapid digitalisation in the supply chain sector at the moment. Another one was about how one supports staff when working remotely.

“What about the mental health? How do you check in with them and show that you care and provide for them third party resources if someone has some psychological issue? And so on…”

“With their companies now in crisis mode, with all their employees suffering, senior executives have to carry this heavyweight alone on their shoulders. But who is looking after them? Executive Loneliness is now a more critical topic than ever.”

“As a leader you are perhaps under more pressure than you have ever been in your lifetime – to reduce costs for your organisation, and perhaps even terminate staff. And, at the end of the day we are all humans, so just because you are the boss of a company it doesn’t mean you are completely unaffected by these challenges that are going on around you. And especially senior executives might be living away from the family; some may now have the parents in one part of the world, and the children in another and without being able to meet physically – so in that sense it’s quite lonely at the top at the moment.”

“We basically end this keynote session on a high note where we brainstorm together how we can go through this period together and what should we do to motivate ourselves.” What Senior Executives get out of a trusted peer group